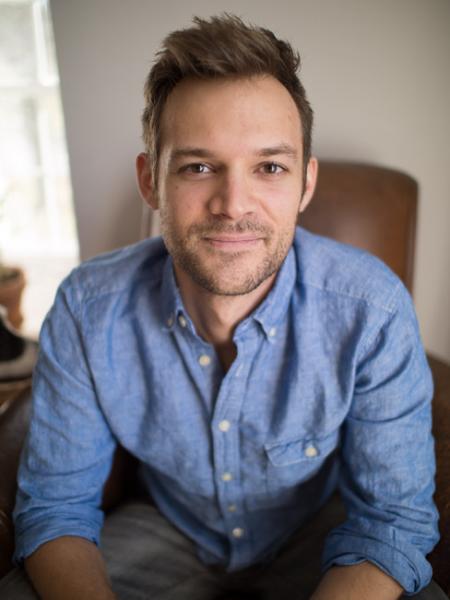 Matthew Griffin is the author of Hide (Bloomsbury), a Winter/Spring 2016 Indies Introduce debut title and a March 2016 Indie Next List pick.

Set in a declining textile town in North Carolina, Hide is the love story of Wendell Wilson, a taxidermist, and Frank Clifton, a veteran of World War II. Severing nearly all ties with the rest of the world, they carve out a home for themselves on the far outskirts of town. But when Wendell finds Frank, now 83 years old, lying motionless outside, their carefully crafted life begins to unravel.

William Carl of Wellesley Books in Wellesley, Massachusetts, called Hide, “Easily one of the best books of the year! Griffin is compassionate with his characters and it is obvious he loves them as well. For a book that will have you laughing and crying — often on the same page — Hide cannot be beaten!” 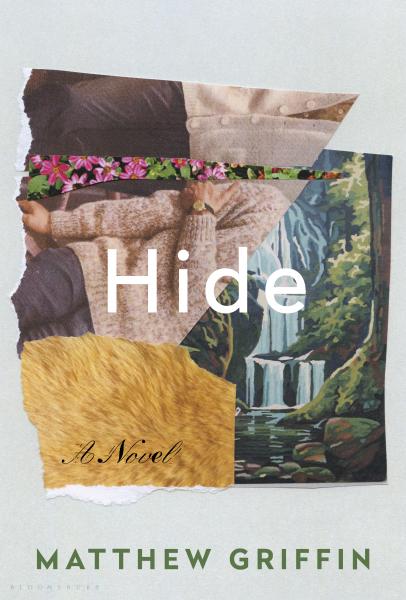 Readers rarely see Southern, gay, rural — and octogenarian, no less — protagonists in literature. What inspired you to write this story?

Matthew Griffin: The main inspiration was actually my grandparents. I was thinking about them, about what it must have taken to keep a relationship together for 60 years, and how they struggled to take care of one another at the ends of their lives. From there I started to wonder what it would have been like as a gay person in the South — where I lived, where my grandparents lived — to have maintained that same kind of relationship, the way the added pressures of that would have heightened the devastation of trying in vain to hold on to the person you’ve loved as they inevitably slip out of the world. The “in vain” part was really important to me — Wendell’s struggle to hold on to Frank is futile, but there’s a real beauty to it, a nobility, because of that.

Frank and Wendell spent decades together, creating a secret life for themselves. Even as the years progressed and there were shifts in attitudes and perceptions towards homosexuality, why did they keep their relationship secret?

MG: Because they’ve cut themselves off from everyone and everything, those changes in social attitudes only reach them in a muted, abstract way. When the gay rights movement becomes nationally visible, it’s happening in far off, unfamiliar cities. The possibilities for liberation it presents are pretty remote. And by that time, they’ve already been living in secrecy for decades. It’s deeply ingrained in them. And though the two of them are secure in the goodness of their love for each other, there’s an internalized homophobia that’s resulted from the fact that, in many ways, they’re both fairly traditional, conservative Southern people. For them, just loving each other is a radical act, one they’ve never quite been able to reconcile with the rest of their values.

Hide takes place in North Carolina, where you grew up, so your depiction of the state is vivid. Were you concerned about presenting your home state in an unfavorable way in matters of injustice?

MG: I wasn’t too concerned about it, because during the time in the novel when the social climate was most dangerous for gay people, North Carolina was really no different from any place else. As time’s gone on, we’ve seen attitudes stratify along political and geographic lines, but for most of the 20th century, it didn’t matter where you lived. There were a few particular communities in major cities, communities of other queer people, where you could be accepted, but as soon as you stepped foot out of that tiny spot into a different part of the city, you were in just as much danger as you’d be in the rural South. Maybe more, because there were more people around who might hate you.

You write about Wendell’s occupation as a taxidermist in lucid detail. What is your history with taxidermy? How did you do your research?

MG: I knew very little about taxidermy when I started writing, so I spent a lot of time on Internet message boards, where a nice research librarian led me to J.W. Elwood’s Northwestern School of Taxidermy, a correspondence course that basically every taxidermist during Wendell’s time would have taken. I bought it on eBay. It’s nine little booklets that are delightfully egregious in their use of capitalization: “Don’t allow anything to prevent you preparing this lesson — WHICH MEANS ACTUALLY SKINNING OF 1 OR MORE BIRDS.” I also ordered a DVD from a taxidermist in Iceland and watched a lot of YouTube videos. I should also note that I’m vegan, which I try not to talk about all the time because vegans are always talking about being vegan and it can be super obnoxious, but I just like people to know that I’m generally opposed to hunting animals. Although, Mr. Elwood makes a good point about taxidermy’s role here: “Take FEWER trophies — enjoy them MORE, through TAXIDERMY.”

In 2013 you and your partner, Raymie Wolfe, became an active part of the WE DO Campaign for marriage equality. How have your own experiences influenced your writing?

MG: It’s funny, I try not to think about myself when I’m writing — a big part of the fun of it, for me, is getting to be someone else for a few hours — but, of course, you can never really escape the influence of your own life. In particular, Raymie and I were living at the time in a farmhouse in rural Tennessee, and that experience — both the feeling of isolation and the beauty of that place — probably shaped the novel in a lot of ways. When we got involved with the WE DO Campaign, I’d been working on the book for about two years. We got to meet so many amazing, brave queer people through that experience, queer people who love the South, who love the rural life and didn’t want to have to leave it in order to be treated as equal citizens. That really reaffirmed for me the importance of telling the stories of rural, Southern gay people.

What do you hope readers take away from your debut?

MG: At its heart, the book — for me at least — is about the way even the most beautiful things, the things we sacrifice the most for, inevitably vanish from the world, and the importance of cherishing them while they’re here, while they’re happening. So I hope readers take that away — both the joy and the sorrow.

I also think about myself at 16, 17, struggling to figure out my sexuality, reading lots of books and wanting to see something closer to myself reflected in them. So I hope young people who were like me, who looked to books to help figure themselves out, stumble across this one and see in it the possibilities of love and happiness for themselves, as complicated as those things can be, and that it maybe makes things a little easier for them.