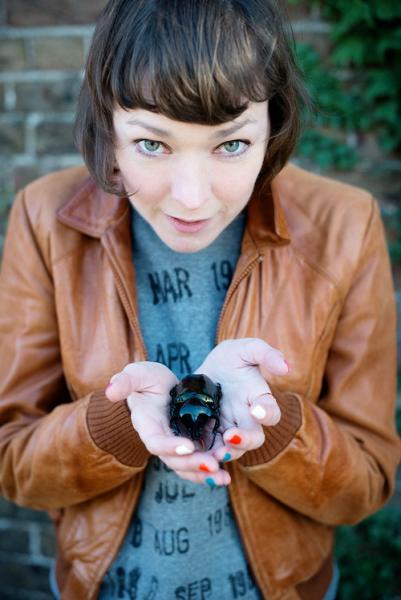 M.G. Leonard is the author of Beetle Boy (Chicken House/Scholastic), a Winter/Spring 2016 Indies Introduce debut title for middle-grade readers and the first book in a planned trilogy.

Erin Barker of Hooray for Books! in Alexandria, Virginia, said Beetle Boy is “a charming middle-grade romp that feels like it was written by a scientifically minded Roald Dahl. Wickedly comedic buffoons, genetically modified villains, industrious insects, and a scrappy protagonist fighting for his father’s life keep this old-fashioned-feeling story fresh and contemporary. Even readers who don’t like bugs will find themselves cheering for Darkus and his amazing beetles.”

Leonard spent her early career in the music industry at an independent record label. She studied English literature and Shakespeare studies at King’s College London and is also a trained actor. Now the senior digital producer for the National Theatre, Leonard previously worked at the Royal Opera House and Shakespeare’s Globe. She lives in Brighton with her partner and two sons. 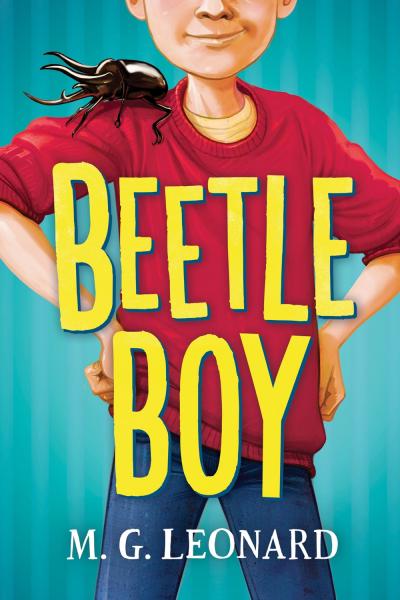 Why did you choose to write a book about beetles, particularly the rhinoceros beetle?

M.G. Leonard: I was so astonished by my level of ignorance about beetles, which led me to wonder if most people were unaware of how incredible beetles are. Beetles go about enriching this planet’s ecosystem every day and have more than earned the right to be the good guys in a story, but I couldn’t think of a book that portrayed them positively, and that made me decide to write one. I chose a rhinoceros beetle as the main beetle because Darkus, my 12-year-old protagonist, had to be drawn to the insect and think it was cool. The rhinoceros beetle is awesome looking, but it also has character. They look vicious, but they are pretty chilled and can be adorably clumsy. They can also lift 850 times their own body weight, which is like an elephant being able to carry 850 elephants on its own back. I like to think of the rhinoceros beetle as The Incredible Hulk without the attitude problem.

You’re committed to writing every single day, before your son wakes up in the morning, and you even created motivational rules for yourself, such as, “Don’t read anything you’ve written. Don’t look back.” Why that rule in particular?

MGL: It’s a tough juggle, motherhood, work, and a writing career. I need to write early in the day as that’s when I have energy, sharp mental faculties, and the house is silent. I have the rule of not reading over what I’ve written, as I’ve found that if you do, it is possible to rewrite and rewrite the same bit over and over, never feeling that it is good enough. I’ve also found that if you do this in the middle of a draft you can mess up the order of events and end up in a terrible tangle. You have to allow your first draft to be rubbish and get to the end.

Not only are you a children’s book author, but you are the senior digital producer at the National Theatre. While these seem like very different occupations, the end products are similar — you create something for people to enjoy. Have you always been attracted to creative jobs? What inspired you to leap into the world of children’s books?

MGL: I have never stayed long in a job I didn’t love and I love stories more than anything else. I’m a great organizer and I love the performing arts, which is why I’ve ended up being a producer. For years I’ve been the conduit for other people’s creativity, producing media about their creative work. In the past I didn’t have the confidence to create my own work, but when the idea for Beetle Boy crawled into my head, it wouldn’t go away and I knew I had to write it. It was always going to be a book. It didn’t occur to me that it was a book for children. I was writing it for the inner me, but it turns out that inside I am still a child.

What is the most interesting thing that has happened to you since your novel debuted?

MGL: Since Beetle Boy debuted everything that has happened has been new and interesting. I’ve been interviewed for the BBC by a presenter I’ve admired for 20 years, but the thing that amazed me most was when I was interviewed by an eminent scientist and entomologist for the Royal Entomology Society magazine, Antennae. He told me that many universities were closing down their entomology courses because young people weren’t interested in studying insects anymore, and that he felt hope that Beetle Boy would inspire a generation of young minds to be inquisitive about entomology and perhaps revitalize the science. That is a grander aspiration than I ever had for the books, but if it were to happen, what a truly wonderful thing that would be.