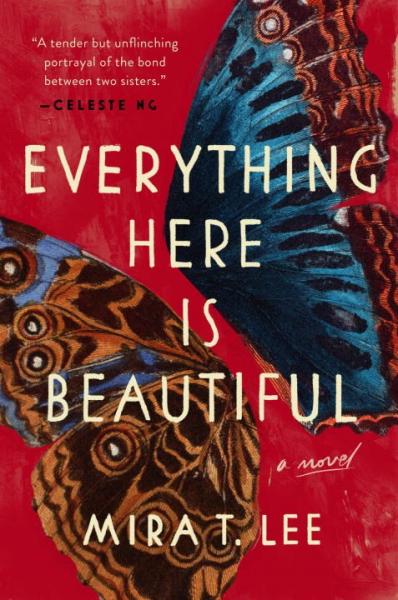 Mira T. Lee is the author of Everything Here Is Beautiful (Pamela Dorman Books), a Winter/Spring 2018 Indies Introduce selection and a February 2018 Indie Next List pick.

“Mira T. Lee’s Everything Here Is Beautiful is an extremely powerful and timely work of fiction,” said Janine De Boisblanc of Orinda Books in Orinda, California. “In this debut novel, Lee takes on the subject of mental illness and how loved ones must navigate its unpredictable, destructive path. What elevates Everything Here Is Beautiful from being solely a story about illness is Lee’s beautiful rendering of Lucia and Miranda, first-generation Chinese-American sisters who, after losing their mother, must forge their lives as young women without family guidance or support.”

Lee’s short fiction has appeared in journals such as the Southern Review, the Gettysburg Review, the Missouri Review, Triquarterly, Harvard Review, and American Short Fiction, and has twice received special mention for the Pushcart Prize. She was awarded the Peden Prize for Best Short Story by the Missouri Review (2010), and an Artist’s Fellowship from the Massachusetts Cultural Council (2012). Lee is an alum of Stanford University and currently lives in Cambridge, Massachusetts.

Here, Lee talks with De Boisblanc about the inspiration for her debut and how she brought her characters to life.

Janine De Boisblanc: Everything Here Is Beautiful is a rich, complex, and deeply affecting story about sisterhood. Lucia and Miranda have only each other for support as they navigate vastly different lives as young adults. What inspired you to write this novel? 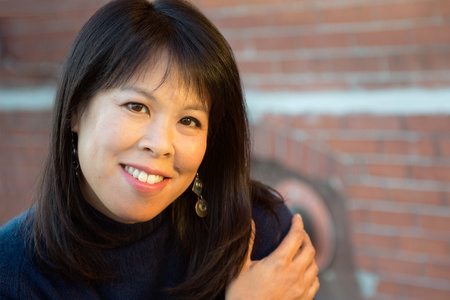 Liz Linder Photography
Mira T. Lee: This novel grew out of my short story called “How I Came to Love You Like a Brother,” published by the Missouri Review way back in 2010. I loved my characters, and knew they had richer lives that could be explored further. And I’ve always been drawn to questions that have no right or wrong answers, those kinds of situations that make you cringe because good people are in conflict with each other even though no one’s at fault. So when my kids were very young, I went through a period where I just didn’t have time or energy to write anything — but I had one of these scenarios brewing in my head. The core question was: What does a woman do when what she wants for herself is at odds with the best interests of her child? By the time I finally emerged from my baby haze, I had a series of situational and moral predicaments that felt so compelling to me that I had to write — because I wanted to see how my characters would come out on the other side.

JDB: Your supporting characters are textured, unconventional, and from multiple cultural backgrounds. What was your process for bringing such distinctive characters to life on the page, and what inspired you to write about the immigrant experience?

MTL: I didn’t set out to write about the immigrant experience, but my parents were first-generation immigrants, and for most of my life, this multicultural world is all I’ve known. When I first moved to Boston, a year out of college, I lived in a random roommate situation with a Korean guy from Guam and a Salvadoran. The following year, I moved in with an Israeli-American and a German visiting scholar, and at one point we had 13 Irish guys crashed out on the floor of our 1,100-square-foot apartment. I took classes at Berklee College of Music for a while, and everyone I met was an international student. I spent time in New York City, and everyone was an immigrant. And, of course, there were cross-cultural romantic entanglements of every kind! None of it felt particularly unusual or noteworthy — this is the America I know, and my characters grew organically from my own experiences.

JDB: As Lucia begins to suffer from mental illness, she becomes unable to care for herself or for her infant daughter, Esperanza. It is painful to watch illness strike this brilliant, exuberant, and fearless young woman and frightening to know it could impact her child. Why was it important to you to write about severe mental illness?

MTL: Mental illness, and particularly schizophrenia, is a subject matter very close to my heart. I’ve seen my own family members struggle with it, and it is, in a word, devastating. On top of that, the stigma attached to these illnesses is so strong that the suffering it inflicts, particularly upon families, is nearly invisible to the public eye. That being said, I didn’t want to write a book “about mental illness,” I wanted to write a story about lives — four very different lives, and how each one’s trajectory was impacted by Lucia’s. Educating the reader about issues around psychotic illnesses — including medications and the way the mental health care system works — was important so the reader could better relate to my characters’ frustrations.

These illnesses are unpredictable and pervasive — they damage marriages, derail careers, jeopardize lifelong relationships with family and friends. Crises happen just as a parent gets sick, or a baby is born, or as Immigration shows up to deport an undocumented family member. Embedding Lucia’s illness within such storylines allowed for a wider scope and more compelling plot. I hope the novel will appeal to a broad range of readers, including ones who might not typically pick up a book “about mental illness.” And if it should also happen to spark conversation around mental illness (so rarely discussed in the open, especially in communities in color), well, that would be a huge bonus.

JDB: You dedicated your novel to “the families” and included a definition of empathy. Even when they don’t see eye to eye, Miranda is Lucia’s constant advocate; at the same time, Lucia lives within communities that culturally have little understanding of mental illness, yet they are still supportive in an unconditional way. What discussion about empathy would you like to have with your readers?

MTL: I’m distressed by the state of our world these days — particularly, the overwhelming tendency to view everything in absolutes. Yes, it would be great to be able to sort people into “good egg” and “bad egg” bins, but the reality is that most of us probably fall somewhere in between. The characters in the book all find themselves in tough situations, facing difficult choices. Each has something personal at stake, each has family allegiances, each is trying their best to do what they believe is right — and yet there are still conflicts, people get hurt, people hurt those they love. To me, empathy is about stepping outside oneself, looking at another person’s situation, and imagining what they might feel. My typical reader probably won’t be like Manny — a young, undocumented immigrant who’s just had a baby with a Chinese-American woman having a psychotic episode — but I hope they can still relate to his turmoil, fear, his concern and love for his child, his loyalty to his mother, his mixed feelings about his relationship. In Kazuo Ishiguro’s recent Nobel lecture, he said, “Stories can entertain, sometimes teach or argue a point. But for me the essential thing is that they communicate feelings. That they appeal to what we share as human beings across our borders and divides.” To me this is what empathy, and fiction, are all about.

JDB: With the success of your debut novel, what’s next for you?

MTL: I have a couple of ideas brewing in my head — again, these cringeworthy scenarios where I can’t figure out who’s wrong and who’s right. I’ve also been working on a couple of children’s picture books. I love the strictly defined form — 16 spreads and you have to be done! It’s very refreshing. We’ll see what happens.

Find out more about the author at miratlee.com.