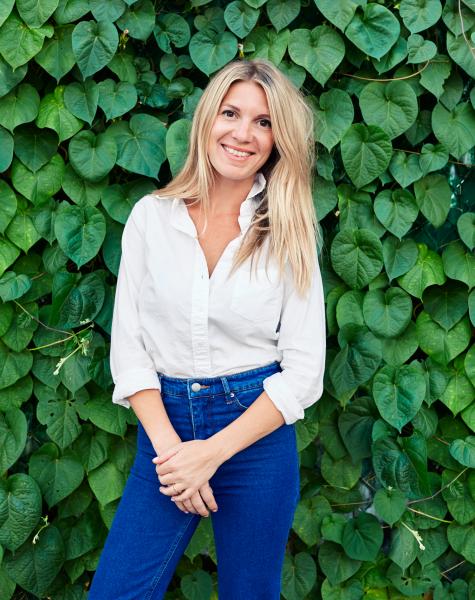 Molly Prentiss is the author of Tuesday Nights in 1980 (Gallery/Scout Press), a Winter/Spring Indies Introduce debut title for adults and an April Indie Next List pick.

Detailing New York City’s burgeoning arts scene in Tuesday Nights in 1980, Prentiss “exudes an alchemical talent,” said Anmiryam Budner of Main Point Books in Bryn Mawr, Pennsylvania. “Only magic can explain her pitch-perfect evocation of the excitement, energy, and squalor that were palpable in New York City’s art world as artists, critics, and wannabes sought an elusive something at the dawn of a new decade. The insight she brings to the triumphs and tragedies of a single tumultuous year in the lives of her characters makes this novel immersive and satisfying.”

Prentiss was born in Santa Cruz, California, and holds an MFA in creative writing from California College of the Arts. She has been a writer in residence at the Blue Mountain Center, the Vermont Studio Center, and with the Workspace program at the Lower Manhattan Cultural Council. She currently lives in Brooklyn, New York. 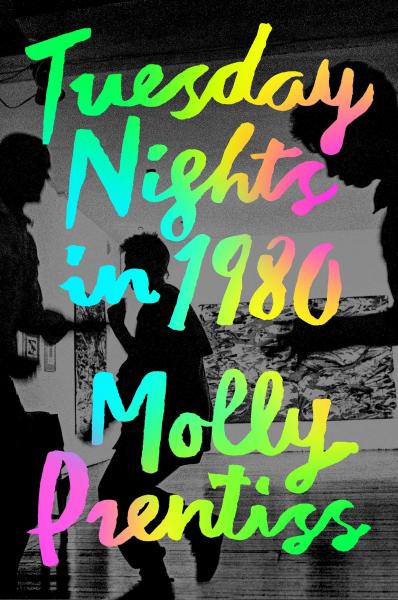 The 1980s art scene in New York was a kinetic moment in art history. Was there a specific artist or piece of art that inspired Tuesday Nights in 1980? What was it about that era that accommodated a new wave of artistic experimentation?

Molly Prentiss: Kinetic is a perfect word to describe the feeling that I wanted to tap into with Tuesday Nights in 1980. What attracted me to that moment in the New York art scene was precisely that energy that one can feel from reading about, hearing about, or even looking at pictures of that time. I think a lot of what allowed for that energy had to do with economics and real estate. Downtown New York was a dangerous, gritty, undeveloped place at that time, which made it accessible to a creative crowd. Real estate was affordable or even free (as with the squats), and many people speak of not having to work at all during those years. This freed the artists up from having to conform to social norms, and allowed them to experiment, play, and collaborate in the most exciting ways. I think the work that comes out of that time exudes that ethos, the feeling that anything was possible and that the world was open and available rather than suffocating or closed off.

What inspired you to write the character James as a person with synesthesia, and what was the research process like?

MP: I wanted to write a book that was very grounded in reality but that had a sort of surreal magic around its edges. When I learned about synesthesia, I realized it was exactly what James’ character needed: a condition that was very real and physical but also vaguely mystical and mysterious to the reader. It gave his character a nuanced way of seeing and allowed for wonderfully excessive word play and description (which I love writing). As far as research goes, I got a lot of what I know from a fabulous book called Wednesday Is Indigo Blue: Discovering the Brain of Synesthesia by Richard E. Cytowick and David Eagleman. I also explored a lot of online chatrooms of people who have the condition. I will say that I took a lot of creative liberties when writing from James’ perspective — it is a purely imagined account of the phenomenon.

Your debut took seven years to write. Can you describe what it was like to complete something you spent nearly a decade creating?

MP: The experience has been such a surreal one that I often have to remind myself that it’s real, that I actually wrote a real book. For so long, my life revolved around this book; I was never not working on it or thinking about it. It became a touchstone of sorts, a grounding point in my life, and it was the vessel for all of my ideas and thoughts. I feel a bit out to sea without it now, but also hugely happy, relieved, and proud that it made it out into the world and now has a life of its own. I am excited to build a new vessel with my second book.

Can you share what are you working on next?

MP: I am working on a novel that takes place in a commune in Northern California in the 1970s. Currently there are eight points of view — each of the commune’s residents gets a voice — which should be a (potentially hellish) challenge.

Thank you for attending Winter Institute in Denver. What do you hope booksellers and readers take away from your debut novel?

MP: I absolutely loved attending Winter Institute and meeting all of the booksellers, who I have to say are some of the kindest (and, of course, most well-read) people I’ve met.

I think the best thing that a novel can do is transport you out of your life and into the lives of others. If this is done successfully, it inherently creates empathy — the reader is actually seeing the world from a perspective outside of their own. I hope that booksellers and readers come away from the book with the sense that their perception has been altered, if only slightly and if only for a second. Seeing the world a little bit differently is so much fun, and I hope to give readers that gift.

Booksellers are like purveyors of great art. In your opinion, how do independent booksellers influence the ever-evolving book culture?

MP: I credit much of my literary life to independent booksellers. As a very small child in my hometown bookstore, Bookshop Santa Cruz, I would beeline to Ga Lombard, goddess of the children’s book section, who would always set me up with my next read. I have been doing that same thing since with every independent bookstore that I’ve lived close to. Right now I live in Brooklyn, so it’s Spoonbill & Sugartown in Williamsburg or Word in Greenpoint. I trust the booksellers completely, and will pick up most anything that’s on their front table, almost like a reading list. I think many people who really love to read do this same thing, which creates community and dialogue around books in the face of an overly-digital intellectual landscape.