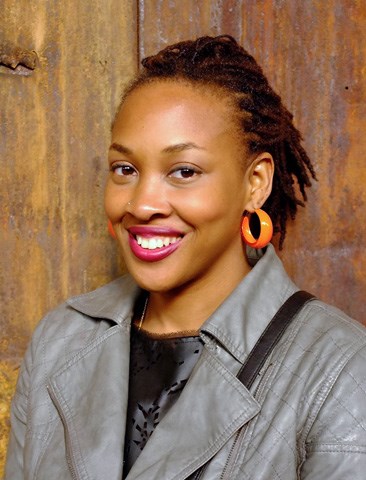 Naomi Jackson is the author of The Star Side of Bird Hill (Penguin Press), a Summer/Fall 2015 Indies Introduce title for adults and a July 2015 Indie Next List pick.

This lyrical novel of community, betrayal, and love centers on an unforgettable matriarchal family on Bird Hill in Barbados. Two sisters, ages 10 and 16, are exiled from Brooklyn to Bird Hill after their mother can no longer care for them. The young Phaedra and her older sister, Dionne, spend the summer of 1989 with their grandmother Hyacinth, a midwife and practitioner of the local spiritual practice of obeah.

Born and raised in Brooklyn, Jackson went on to study fiction at the Iowa Writers’ Workshop, where she was awarded the Maytag Fellowship for Excellence in Fiction to complete The Star Side of Bird Hill. Jackson’s work has appeared in literary journals and magazines in the U.S. and abroad. 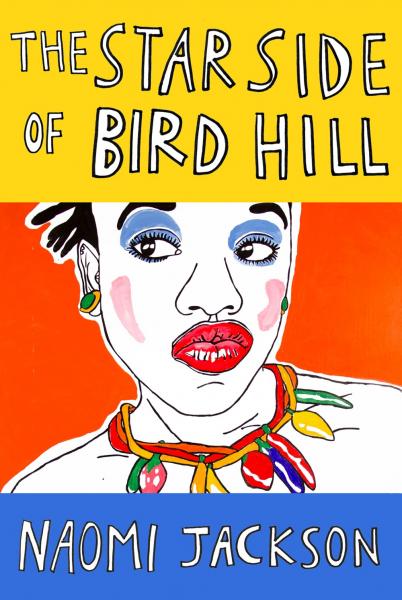 What inspired you to write The Star Side of Bird Hill?

Naomi Jackson: I grew up in a predominantly West Indian neighborhood in Brooklyn and spent summers in Barbados (where my mother’s from) and in Antigua (where my father’s from) with my sister and a gang of cousins. It was in Barbados and Antigua that I first understood the trickiness of the hyphen between American and Caribbean  — that I could be as much an outsider there as in Brooklyn. During those long, hot days, I became a voracious reader, the first step to becoming a writer. I wrote The Star Side of Bird Hill to explore these experiences and to examine issues that are important to me, namely family, mental illness, homophobia, religion, etc. Writing the book was also a way to answer a question that always dogged me: What would happen if, like my parents sometimes joked, they sent me home to the Caribbean for the summer, and left me there for good?

What was the writing process like? How did the story develop?

NJ: I wrote The Star Side of Bird Hill over the course of four years in four very different places — Brooklyn; Barbados; Iowa City, where I went to graduate school; and Philadelphia, where I was on a writing residency at the University of Pennsylvania. Each place influenced me and, in turn, the book. I went to Barbados for a summer to research the book, and it opened up an entirely new relationship to the island where my mother’s family hails from. It was awesome to experience the Caribbean as an adult, to form friendships outside my family, and to better understand the world I recreated in the book. A friend let me tag along while she went location scouting for her first short film, and a lot of the places we visited in Barbados’ countryside ended up featuring prominently in the novel. It was great to experience the mundane things some Bajans take for granted — being able to eat mangos straight from the tree, living a short walk away from the sea, seeing goats in the pasture while I sat writing at the dining room table each morning, easy access to fishcakes.

After growing up in Brooklyn and spending several summers in the Caribbean, what was the experience like to write about two places you know so well? Did you find yourself doing additional research?

NJ: I felt most comfortable writing about Brooklyn, where I was born and raised. I must say, though, that I found that it was helpful to have some distance to write about Brooklyn while I wasn’t actually living there. I think that my time working on the book in Iowa City and Philadelphia helped me see New York City more clearly. I was pretty homesick when I was living in Iowa; writing about home was a way to feel connected to it, even just in my imagination. There was so much research I had to do in order to get my depictions of Barbados right — from the flavors of ice cream the kids eat at their beloved Bajan fast food restaurant, Chefette, to the accents and dialect. The summer that I spent in Barbados was a huge help in terms of allowing me the time to both write and research Star Side.

Why was it important to you to explore the topic of mental illness, a key element in Star Side?

NJ: I felt I was uniquely equipped to change hearts and minds by telling a nuanced, complex story about mental illness and how it affects Caribbean families. I was very frustrated by the way that cultural mores stood between the mentally ill folks in my life and the care and support that they needed. I was also outraged by the deaths of two Jamaican and Jamaican-American women who were mentally ill — Shereese Francis, who was killed at the hands of NYPD officers in 2012, and Esmin Green, who died in 2008 after severe neglect at Kings County Hospital. I didn’t read any books that tackled mental health in black communities head-on until Bebe Moore Campbell’s 72 Hour Hold [Anchor]. I was inspired by Campbell’s book and related advocacy for mental health issues before she passed in 2006. I felt that writing honestly about this issue was an important way to lift the veil on a conversation about mental health that is often hushed and avoided altogether in Caribbean communities.

Phaedra felt a disconnect between herself and Brooklyn but was eager and open to the possibilities Bird Hill had in store for her. How did your experiences in the Caribbean inspire Phaedra’s character?

NJ: I can relate to the different ways that Phaedra and Dionne feel about living on Bird Hill — Phaedra’s openness and eagerness to learn versus Dionne’s raw anger about being sent there. I swung between these poles during the summers I spent with my family in the Caribbean, and so I have compassion for the different ways that they relate to the place and its people.

You picked the cover art for The Star Side of Bird Hill, and while we, as readers, are not supposed to judge a book by its cover, it is hard to overlook the striking illustration. What can you tell us about the image?

NJ: I love the cover and feel lucky to have been able to play such an instrumental role in choosing it. I met the cover artist, Sheena Rose, when I was in Barbados writing and researching my novel. A friend gifted me one of Sheena Rose’s paintings, Too Much Makeup, when I graduated from the Iowa Writers’ Workshop, and it hung above my desk as I finished the book. Recently, I learned from the artist at an event at the Brooklyn Museum that Too Much Makeup is actually Rose’s self-portrait. I was so glad that my publisher was open to and excited about my idea of featuring the painting on the book cover. I wrote about the cover for Lit Hub.

What do you hope readers take away from your debut title?

NJ: I hope that readers reflect on their own friendships and relationships with their families in light of this book. I also hope that they fall in love with at least one of the characters and that this story stays with them even after they’ve finished reading the book.