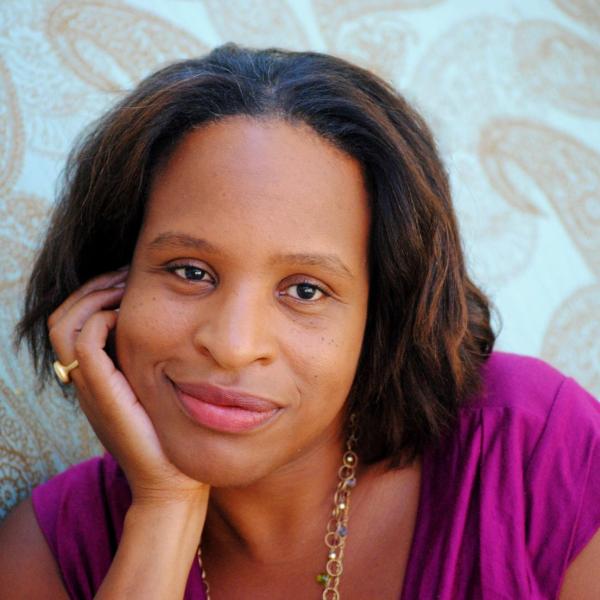 Nicola Yoon is the author of Everything, Everything (Random House Kids), a Summer/Fall 2015 Indies Introduce title for Young Adults and an Autumn 2015 Kids’ Indie Next List pick.

In Yoon’s debut, 17-year-old Maddy Whittier has been confined to her house since birth due to a rare condition, Severe Combined Immunodeficiency, or “bubble baby disease.” Maddy has made the best of the situation her whole life, but when a new family moves into the house next door, a complicated romance unfurls between Maddy and the tall and handsome Olly.

Everything, Everything is “beautifully told in verse, journal entries, mind-maps, and illustrations,” said Arna Lewis of Buttonwood Books & Toys in Cohasset, Massachusetts. “As Madeline uncovers her deepest emotions and the truths she holds about the world, the reader partakes in a love story of unforgettable emotion.”

Yoon grew up in Jamaica and Brooklyn. She currently lives in Los Angeles with her daughter and husband, who created the artwork for Everything, Everything. 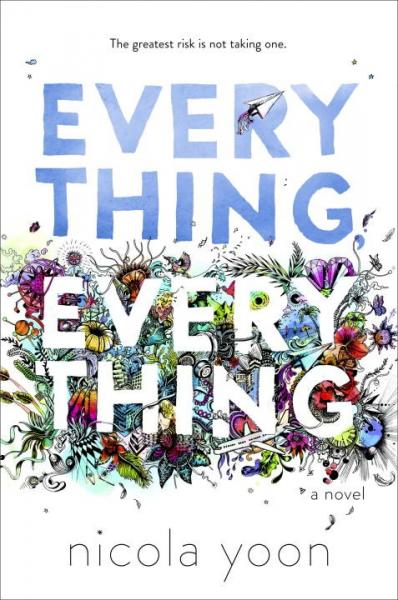 Congratulations on the success of Everything, Everything! What was it like to learn that your novel was selected as an Indies Introduce debut title?

Nicola Yoon: Thanks so much! I was really thrilled when I heard about the Indies Introduce selection! When Arna Lewis called to tell me, I think I squealed loudly into the phone and into her ear. I’m so sorry, Arna!

Madeline, the main character in Everything, Everything, is afflicted with Severe Combined Immunodeficiency disease. How does Madeline’s physical containment contribute to or amplify the angst that young people often already feel?

NY: I think that most teenagers understandably have a lot of angst. It’s a confusing time. They’re trying to figure out the world and their place in it. At the same time, they have all these rules and regulations from parents and teachers. Of course, due to her illness, Maddy is in a more extreme situation than the average teenager, but I think her feelings are very similar. She feels trapped in a world she’s trying to understand. She wants to stretch her wings and push against boundaries. She wants to love and be loved.

Maddy tells her story through diary entries, prose, drawings, charts, and texts. What made you decide to use mixed media to write her story?

NY: I had the idea for including illustrations one morning at about 4:00. I decided that since Maddy is trapped in her house she would try to draw her world as a way to feel more a part of it. The first thing I tried to draw was the Hawaiian State fish — the Humuhumunukunukuapua’a. I’m a terrible artist, so I woke my husband up at about 4:30 and asked him to draw it for me. My husband is the sweetest because he got up, gave me a kiss, made some coffee, and drew the fish. It turned out so well that I just went with it and the mixed media idea was born.

Pinned to the top of your Twitter feed is a great picture of you, your husband, and your daughter advocating for diversity in literature. How did you become involved in the We Need Diverse Books campaign?

NY: That picture ended up going viral because John Green re-blogged it. After that, one of the founding members, I. W. Gregorio, asked me if I’d like to join. The organization has such a positive and necessary mission that I was happy to be a part of it.

We Need Diverse Books is just over a year old. In your opinion, why is it only recently that readers and authors have begun to voice the need for diversity in children’s literature?

NY: I think that readers and authors have been voicing this need for a very long time, even before We Need Diverse Books began. What’s so wonderful about WNDB is that a lot of passionate and outspoken people have volunteered their time to help amplify the message.

Thank you for linking to IndieBound from your website. In what ways do you see independent booksellers contributing to the We Need Diverse Books movement? What additional actions can indies take to propel the movement forward?

NY: Indie booksellers are incredibly important to the WNDB campaign. What better way to spread the word about diverse books than to have passionate booksellers hand-selling these books to their patrons? Indies can get more involved by making use of the WNDB BookTalking kit. It contains a wealth of information including comp titles, shelf-talkers, and more. You can find the kit here.