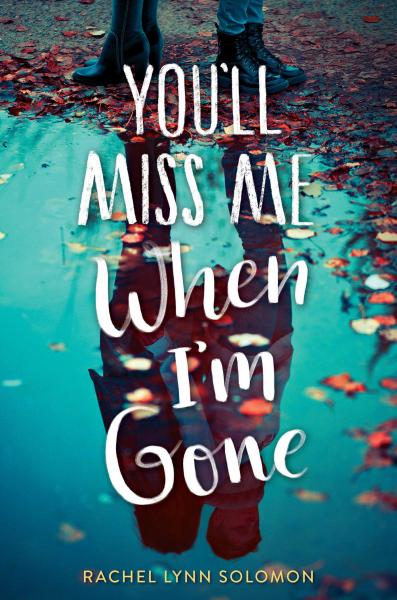 Rachel Lynn Solomon is the author of You’ll Miss Me When I’m Gone (Simon Pulse), a Winter/Spring 2018 Indies Introduce selection and a Winter Kids’ Indie Next List pick. In this young adult debut, sisters Adina and Tovah receive opposite results from a genetic test for the fatal Huntington’s disease.

“This story unfolds as twin sisters search for common ground while navigating the complexities of life, love, and the devastating realization that their fates are already sealed. I cried knowing that each twin would suffer immeasurable loss, yet only one would succumb,” said Stacey Haerr, the children’s book buyer at Warwick’s in La Jolla, California, who served on the Indies Introduce panel that selected Solomon’s book.

Stacey Haerr: This is your first novel. Can you tell us about your inspiration for this book, how it all began, and a bit about your creative process? 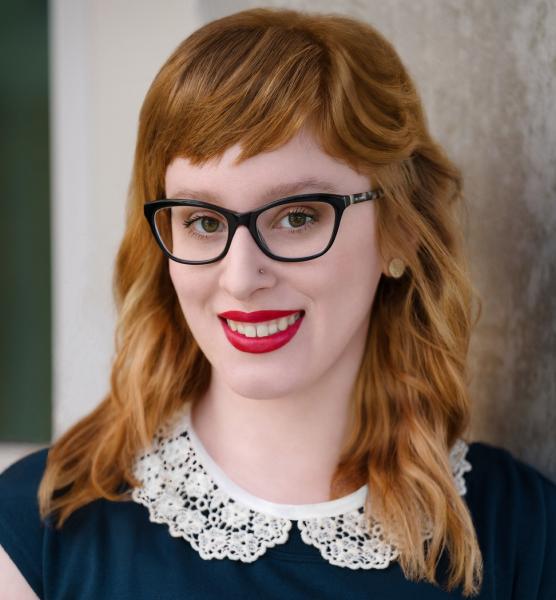 Rachel Lynn Solomon: Absolutely! I want to begin by expressing my gratitude for the Indies Introduce honor — tremendous thanks to you, Stacey, and the other booksellers who read and enjoyed the piece of my heart that is You’ll Miss Me When I’m Gone. It’s my debut novel, but it was my fifth completed manuscript after I became serious about pursuing publication. The inspiration came to me in waves. I learned about Huntington’s disease (HD) when I was a young teen watching the mid-2000s WB show Everwood. A character whose father had HD debated getting tested for the disease, knowing there was a 50 percent chance she’d inherit it. It probably sounds strange to credit a WB drama with my first nugget of inspiration, but there it is — it really stuck with me.

Years later, I was wandering around the Internet and landed on a page about Huntington’s. I was reminded of that 50/50 statistic and wondered, what if sisters — fraternal twins, even — received opposite results from a genetic test for HD? I knew right away I wanted to write two fiercely ambitious female protagonists. While the twins don’t have much in common, I wanted them both to have solid passions, goals, stakes.

My creative process always begins with a fast draft. I’ll hammer out 50,000 words in a month or two, though for whatever reason, these months rarely coincide with NaNoWriMo for me! I don’t go back and rewrite anything while I’m fast-drafting, but I do take notes in another document when I start getting early revision ideas. Mainly, I have to have a book-shaped thing in front of me before I can do what I really love: playing with sentences, deepening characters, lingering in emotional moments. Then I’ll write an “edit letter” for myself with items I want to fix before the draft is ready for its first readers. Revising is my absolute favorite part of the process. I love seeing what those thin first drafts can ultimately become.

SH: Your story is based on a family dealing with the far-reaching devastation of Huntington’s disease. What kind of research did you do, and how long did you spend researching before you began writing your book? Why did you choose Huntington’s?

RLS: Because of my fast-drafting process, I do relatively superficial research before I get a first draft out. That’s mainly because I want to make sure I have enough of a story to fill up a book. Once that first draft is done, I really dig in. In the case of this book, I spent many months reading articles, listening to podcasts, and watching documentaries about Huntington’s. I also interviewed a genetic counselor and members of a family affected by Huntington’s. I wanted to do my best to understand all sides, because as is shown in the book, even the sister who tests negative has a lot of complex feelings following the test.

I chose Huntington’s for many of the reasons I mentioned above — the staggering 50/50 statistic and my years-long interest in it. It’s been explored a few other times in YA with books that focus on the decision to get tested, which is of course a huge, weighty decision (Rules for 50/50 Chances by Kate McGovern; Like Water by Rebecca Podos). I wanted to explore the aftermath of the genetic test, which happens relatively early in the book. I was interested in the ways it could push a family apart — and then ultimately bring them back together.

It was also important for me to paint the twins’ mother, who is suffering from Huntington’s, as a whole, vibrant person. She has varied interests and ways of connecting with her daughters, and even a meet-cute backstory with her husband. She is not her illness, and I think that’s a crucial component of writing about illness.

SH: Adina and Tovah are devoted to their Jewish culture and religious practice. Do these characters reflect your own background and practice?

RLS: To a certain degree, yes. I was raised Reform Jewish, though these days, I’m mainly non-practicing. The first four manuscripts I wrote had no Jewish characters, and I think that’s maybe because the only Jewish stories I read growing up were Holocaust narratives. Even today, there are only a handful of practicing Jewish characters in YA. I’ve always felt a deep connection to the religion and its traditions, regardless of my level of observance at any given point in my life. Adina and Tovah are Conservative Jewish (which is not related to “conservative” in American political terms); they’re more observant than I am, which gave me a bit more space to show this rich culture.

SH: Adina communicates her emotions through playing the viola. She says, “Sonatas and concertos tell stories. They make you feel every possible emotion, sometimes all within a single piece...They are joy and tragedy and fear and hate and love. They are everything I never say out loud.” Do you have this kind of connection to music? Do you play a musical instrument?

RLS: I do! Adina was the easier character for me to write for exactly that reason. Growing up, I played both piano and guitar, and I was in an all-girl punk rock band in high school. I wrote a lot of music and sang a lot of angry, angsty songs. Music plays a role in much of what I write because I don’t think anything compares to finding a song that speaks to you as a teen. Those songs — the ones that seem to understand an agony that no one else does — really stick with us. I still play piano on occasion, and I am also a tap dancer.

SH: Did you base your characters on real people in your life?

RLS: Some of the minor characters, yes — the twins’ mother has a lot in common with my own mom, and Tovah’s love interest shares some traits with a boy I dated in high school. Adina and Tovah, though, have ribbons of my personality woven into them. Tovah — logical, social but unconfident, rule-abiding — is who I was in high school. Adina — confident, messy, a shade rebellious — is who I wanted to be, though both twins, as well as their relationship with each other, evolve over the course of the book.

Find out more about the author by visiting rachelsolomonbooks.com.