Regina Porter is the author of The Travelers (Hogarth), a Summer/Fall 2019 Indies Introduce adult debut and a July 2019 Indie Next List pick. 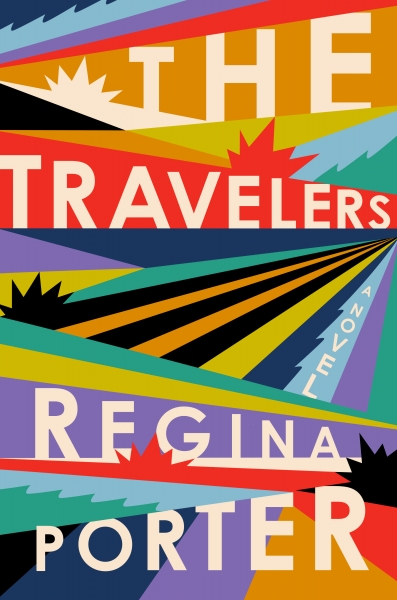 A Savannah, Georgia, native, Porter was an Iowa Arts Fellow at the Iowa Writers’ Workshop, a recipient of a 2017-2018 Rae Armour West Postgraduate Scholarship, and a 2017 Tin House Scholar. She has a background in playwriting and has been anthologized in Plays From Woolly Mammoth by Broadway Play Services and Heinemann’s Scenes for Women by Women. She currently lives in Brooklyn, New York.

Vanessa Diaz of The Book Catapult in San Diego, California, who served on the panel that selected Porter’s book for the Indies Introduce program, said she was “blown away by the fact that this stunning work is a debut effort.”

“It’s a sweeping history of our country and the traumas we have yet to fully heal from,” said Diaz, “spanning the American South in the ’50s through the early days of Obama’s presidency. It’s told through a series of narratives that connect unexpectedly and beautifully, exploring the many nuanced layers of the human condition with each emotional character arc. The writing is both powerful and restrained, one of sparse but evocative details that quietly crack your heart wide open when you least expect it. I’ve been thinking about this one for weeks now and suspect I will be for many more to come.” 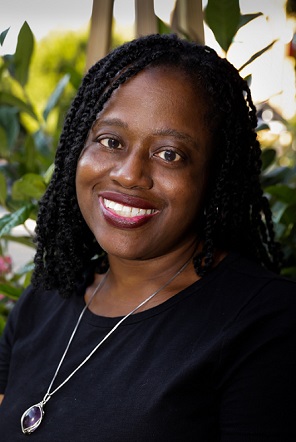 Here, Diaz and Porter discuss the wide range of times, places, and characters in the author’s debut.

Vanessa Diaz: What inspired you to write The Travelers?

Regina Porter: Aspects of The Travelers had been coalescing for a while in my head and on the written page, but time, distance, and what I have learned from people during my travels influenced this novel. Perhaps, though, more than anything, the everyday travelers who walked through my parents’ front door have given the narrative it’s breadth and scope. They were people with stories to tell that went over my head as a child, but now, looking back, sometimes I have only an image, a glimpse, a sliver to work with, but that sliver of their lives and the history surrounding their lives compels me.

VD: You have spoken of a trip to London that helped shape the character of Shakespeare scholar Claudia. What other locales inspired the characters and settings of The Travelers?

RP: Georgia. Long Island. Portsmouth, New Hampshire. Maine. California. Vietnam. Paris. Brittany. Berlin. These are all places I have been or places friends have lived and/or visited. New York abounds with people who have left their old lives behind. When you leave your hometown, you leave your history to create a new history. You quest. But for what? And how does where you come from inform where you go? These questions helped anchor certain locales for me. Sometimes, friends were my sounding board. And there were wonderful coincidences too. While reading Gail Levin’s splendid biography on Lee Krasner, I learned that Krasner’s parents left Brooklyn and moved to Huntington, Long Island.

VD: The Travelers is at once a character-driven family saga and a commentary on movements like Black Lives Matter and Me Too. How important was it to you to write an intersectional novel with diverse representation?

RP: I did not write The Travelers to be a commentary on anything. I simply wrote people in their habitat. Readers will project onto the narrative what they will because that’s what we as readers do. I’m mindful and respectful of my writing and the writing of others enough to put some space between the art and people’s expectations of art as social dogma. Too often, works by writers of color are posited as social commentary, which opens the door for our work to lose its transcendence as art. I simply wanted to tell a good story with people we don’t see on the written page every day. And that’s where the diversity comes in. They are diverse characters who don’t always make traditional choices. And so, you see diversity within diversity or, more to the point, individuality. Characters in the novel — black and white — also mirror our inability to talk frankly about race, class, and gender. When people ask me why this novel now, I always want to say because we didn’t finish the conversation yesterday. As a nation, we are still having different versions of the same conversations we had before the Civil War. We are in denial about a great deal and that creates friction, trauma, humor, chaos, passion, regret, forgiveness, and maybe, if we’re open to it, maybe an inkling of forward momentum and love?

VD: Your novel spans from the 1950s through Obama’s first term. What made you select this particular timeframe?

RP: Characters were born in different eras. When I did the math, it would often land them in specific times and places. I also listened to music a great deal while writing the novel. Music is often anchored in place and time. Certain songs gave me a timeframe for the characters. Certain songs buoyed them and buoyed me. Certain songs forced me to shift my gaze to one character’s POV. Music is, in some ways, more political than fiction. It has a lot less time to tell its story, so it has to pack an emotional punch and be efficient. I’ll cite as an example “What’s Going On” by Marvin Gaye. Now, listening to that song, I see, think, feel Jebediah Applewood most thoroughly.

VD: Your theater background comes through in your writing’s structure and cadence (thank you for the dramatis personae, by the way!). Would you want to see your book adapted for the stage?

RP: You know, that’s an excellent question. If I close my eyes and visualize The Travelers as a play, I don’t see the characters or hear their voices on the stage. There’s a void for me. Like all writers, I’m occasionally prone to writer’s block. The culprit is usually trying to shape a work into something it doesn’t want to be. The Travelers exists as fiction for reason. It was meant for readers to engage in their own space and time.

Find out more about the author at reginaporterbooks.com.