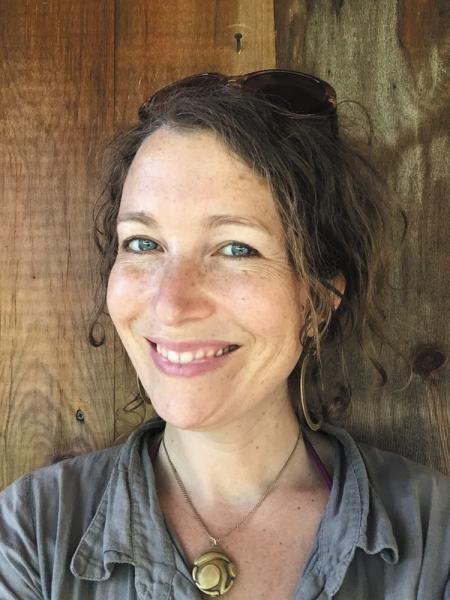 Robin MacArthur is the author of Half Wild: Stories (Ecco), a Summer/Fall 2016 Indies Introduce debut and an August Indie Next List pick.

Spanning nearly four decades, the connected stories in Half Wild give voice to the hopes, dreams, hungers, and fears of a diverse cast of Vermonters — adolescent girls, aging hippies, hardscrabble farmers, disconnected women, and solitary men — who struggle to make sense of their loneliness and longings in the stark and isolating enclaves they call home.

MacArthur lives with her family in Southern Vermont, where she was born and raised. She received her BA from Brown University and her MFA from the Vermont College of Fine Arts. She is the editor of the 2014 anthology Contemporary Vermont Fiction (Green Writers Press) and half of the indie-folk musical duo Red Heart the Ticker, alongside her husband, Tyler Gibbons.

Here, Sue Roegge of Chapter2Books in Hudson, Wisconsin, who served on the Indies Introduce Adult debut panel, talks with MacArthur about her debut. 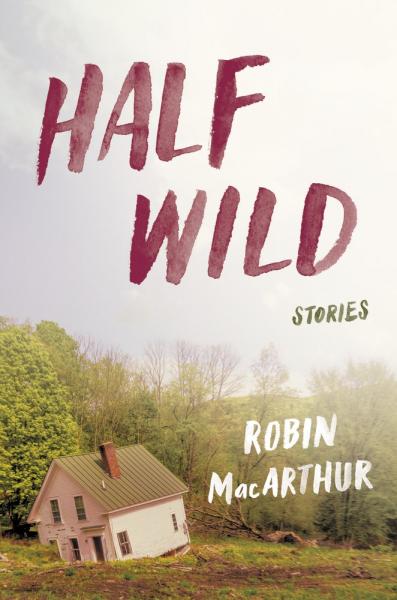 Sue Roegge: How did you develop the order of the stories appearing in Half Wild? Did you write them sequentially? Were there any stories that had to be cut, and how were those difficult decisions made?

Robin MacArthur: I always knew I would write a book about this place where I live (and grew up) in Southern Vermont; the stories came into being over a period of four or five years, and they co-evolved over those years together. As themes, or landscape markers, or creatures appeared in one story, I’d wander back through the others and weave those elements into them as well. “Creek Dippers” was the last story I wrote — a lyrical introduction to the landscape and themes scattered throughout. There are a handful of stories that didn’t make it into the book. Those stories may resurface at some point, but more likely they’ll just end up being part of the drafting process — my way of working through the emotional and geographical terroir of Half Wild.

SR: Is there a particular story in Half Wild that you would consider your favorite? Are there any stories you’d like to expand into a novel?

RM: I’m working on a novel now that is about Vale, the protagonist of the story “Barred Owl,” set 10 years later. So yes, that one! As for favorites, I’m partial to “Creek Dippers” and “The Women Where I’m From,” the book-ends of the collection, which are similar in many ways. The mothers in those stories are the most interesting to me — their unpredictability, their chosen solitude, their stoicism — and the mythical catamounts lurking in both stories haunt my own dreams. I’m also fond of the length of “The Women Where I’m From.” That story is by far the longest in the book at 37 pages, and with that expanded form comes so many opportunities for lingering and meandering. All of which makes me very excited about the capacious possibilities of the novel.

SR: You live in Southern Vermont, in a self-built house on the land where you were born. What inspired you to construct your own house, particularly on the same property where you were born? Can you describe the connection you feel with not only Vermont but also the history of your family’s property?

RM: Yes, I live in a cabin-turned-house my husband and I built ourselves, on the land where I grew up and where my dad grew up as well. I could write a book about all the reasons, but I’ll try to keep it short. First: financial freedom. I’m a writer and my husband is a musician. We knew early on that if we wanted to be able to pursue our creative careers we needed to keep our living expenses as low as possible. In our mid-20s, we built a one-room cabin, without running water or indoor plumbing, on my parents’ land, and have added on to it (it’s now house-sized, with plumbing!) as we could afford to do so. Second: I can’t imagine raising my children anywhere else. Here they’re surrounded by grandparents, cousins, great-aunts and -uncles, fields of raspberries and blueberries, creeks, coyotes, crickets. They know where their food comes from and where their water comes from and where their heat comes from (wood). They know the graveyards and the ghosts. They roam free. How could I deny them such a world of interconnection? Lastly: like so many of the characters in Half Wild, I tried living other places (Providence, New York, Philadelphia, Tucson) but have never felt “at home” anywhere but here. It’s a blessing and a curse, this tether. But right now, as I watch my kids grow up here on this land like I did, and like my dad did, deeply connected to this landscape, their hair tangled and their knees scraped all summer, the blessing half of that equation burns pretty darn bright.

SR: Olympic gold medalist Simone Biles, when compared to her male peers, replied, “I’m not the next Usain Bolt or Michael Phelps. I’m the first Simone Biles.” You have been similarly compared to great writers like Annie Proulx, Raymond Carver, and Flannery O’Connor. How do you feel about those comparisons?

RM: Those comparisons make me blush. The greats! How could I belong in the same sentence as them? But I also studied the work of those writers for years, and can see the ways in which their shadows are embedded in Half Wild. Also, as I’ve read the astonishing work of those greats (and others) I’ve always felt a quiet “yes, but” in the pit of my stomach, which I’ve come to recognize as the yearning for my own book. There was something different I was after, always, and in order to find it, I had to write the book I had been, for so many years, perusing shelves for with a voracious hunger. Which must be how it goes. If you find the “perfect” book out there in the world, the one that resolves all your hunger, the one that says everything you’ve always wanted to say, why on earth would you feel driven (or have the tenacity) to write your own?

SR: What do you hope readers will take away from your debut?

RM: Oh, the hardest question! I’ll go big. I want my readers to ask themselves if they’re living the life they most want to live. I want my readers to think about the ways in which places are known or unknown, or variously known — how many facets there are to every place. I want my stories to give nobility to living simply and to solitude. To choosing lives outside of the mainstream. I want my readers to face their own desires — for love, for solitude, for wildness — head on, and make what they will with that reckoning.