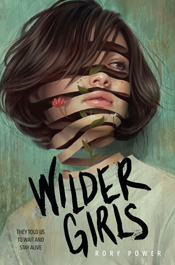 Rory Power is the author of Wilder Girls (Delacorte Books for Young Readers), a Summer/Fall 2019 Indies Introduce young adult debut and Summer 2019 Kids’ Indie Next List pick. Set at a boarding school under quarantine, in Wilder Girls, three best friends are cut off from the rest of the world and left to fend for themselves on their island home while trying to survive a plague called the Tox.

“How do love, family, friendship, and hope survive when life and nature itself are twisted beyond recognition? As bodies, trust, and bonds are repeatedly tested and torn?” asks Jill Sweeney-Bosa of Water Street Bookstore in Exeter, New Hampshire, who served on the bookseller panel that selected Power’s debut for the Indies Introduce program. “This story of girls locked in an ever-changing, ever-escalating battle to uncover the truth and survive the unimaginable thrums with power, fury, and an achingly beautiful tenderness. An absolute stunner.”

Power, a New England native, lives in Massachusetts and works as a crime fiction editor and story consultant for television adaptation. She earned her bachelor’s degree from Middlebury College and her master’s in prose fiction from the University of East Anglia.

Here, Sweeney-Bosa talks with Power about her debut.

Jill Sweeney-Bosa: The character reveals of Hetty, Reese, and Byatt pack such an emotional punch. Were their voices clear to you from the beginning, or did they offer up surprises along the way? 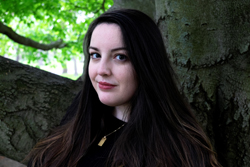 Byatt’s voice was clear from the beginning. My first-ever draft of the book was entirely in her point of view, and while a lot has changed since then, she has always been consistent. Hetty took a bit longer to settle into. She puts so much into her relationships with other people that I had to work hard to figure out who she was at her core, separate from those relationships. Reese was really a surprise, though. She’s a very guarded character, and the depth of emotion she’s covering up was something I only discovered after a handful of drafts.

JSB: This story thrums with power, tension, and fierce female energy. What would a Wilder Girls playlist sound like?

RP: I use playlists for all my writing to keep my focus and to help me stay consistent in the atmosphere I’m creating. Wilder Girls has a handful of them, one of which is public on my Spotify, and they all feature songs with an ambient, electronic sort of vibe (BANKS is a staple), along with a number of instrumentals from some of my favorite soundtracks (the Gone Girl soundtrack, in particular, contributed a lot).

JSB: Terrain, territory, and boundaries — both personal and physical — are explored in gorgeous and, at times, harrowing detail. What was the origin point for this story? Did it start with an experience, a question, an image, a voice?

RP: This book’s origin point was a trip I took to Harkers Island, North Carolina, in 2015. I was living in New York at the time, and going to Harkers was like a shock to my system. The landscape was completely unique and utterly inescapable — I went back to New York with the live oaks and the ocean stamped onto my brain. Everything else in the book came from the setting and from that trip.

JSB: The inhabitants of the Raxter Academy for Girls are in a constant state of flux and subsequent adjustments to often shocking “new normals.” Which plot point or scene evolved the most from your first draft?

RP: Without spoiling anything, there’s a moment near the middle of the book that has huge emotional consequences, particularly for Reese, and it used to happen practically on the fifth page of the book, in less than two paragraphs. Originally Reese was a much less important character — she’s the only one of the main three without a point of view — but the more I learned about her and the more time she got on the page, the bigger that emotional moment became. Eventually I realized I had to move it and give Reese the narrative space she needed.

JSB: It’s a beautiful thing when a story shows up exactly when it’s needed. What book(s) or bookish experiences resonated with you during this writing journey?

RP: I owe so much of Wilder Girls to Annihilation by Jeff VanderMeer (Farrar, Straus & Giroux). In the winter of 2015, I had a very messy draft of my book, but no real idea how to turn it into a coherent narrative. A bookseller at Three Lives in New York hand-sold me Annihilation, and reading it was absolutely life-changing. I realized I could approach my story on any scale I wanted. Maybe I didn’t have to write about the whole world; maybe I could just write about this one island. Jeff’s work is some of my favorite fiction out there, and Annihilation came into my life at just the right time.

Find out more about the author at itsrorypower.com.