Australian author Sarah Schmidt’s debut novel, See What I Have Done (Atlantic Monthly Press), has been chosen as a Summer/Fall 2017 Indies Introduce adult title as well as an August Indie Next List pick. 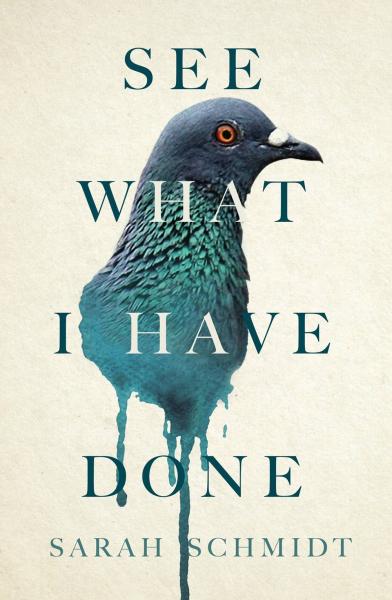 Writing this speculative account of Lizzie Borden and the Fall River murders prompted Schmidt, a public librarian in Melbourne, Australia, to pursue a bachelor’s degree in professional writing and editing and a master’s degree in creative writing, even before the book was completed.

“See What I Have Done takes all the major players in the Fall River murders (including Lizzie Borden) and brings their inner thoughts to life in this thriller of a debut. Each character has alternating chapters and distinct voices, illustrating the class divisions, tensions, and possible motivations for the famous murders in 1892,” said Carolyn Hutton of Mrs. Dalloway’s Literary & Garden Arts in Berkeley, California, who was a member of the panel that selected Schmidt’s book for Indies Introduce. “The plot is terrific and I couldn't put it down!”

Here, Hutton talks to Schmidt about the immersive process of bringing the Bordens’ story to life.

Carolyn Hutton: The case of Lizzie Borden is one of those remembered in American cultural mythology with a rather gruesome children's rhyme. How did you come upon this unsolved case in Australia, and what inspired you to write about it? 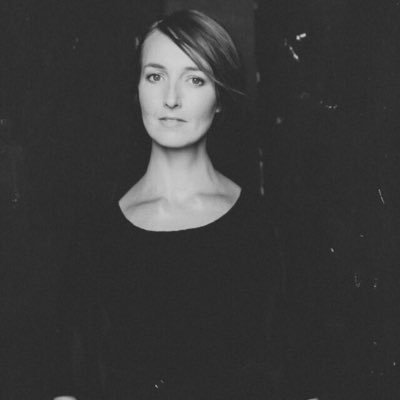 Sarah Schmidt: I was not familiar with this case at all, so coming upon it was pure luck. I was in a second-hand bookstore when I accidentally knocked a pamphlet about Lizzie Borden off the shelf. After reading about the case, I was initially uninterested. But that night, and for a whole week, I dreamed that Lizzie was sitting on the edge of my bed poking me in the legs. She said, “I have something to tell you about my father. He has a lot to answer for.” I began writing down these dreams hoping they'd go away and without realizing it, I had started writing a novel. Before too long I was drawn into the case and it was too late to back out.

CH: You move the story forward with four very distinct voices, all in first-person, each one unique and very well-developed. How did you manage to inhabit and write from such different perspectives?

SS: The short answer is a lot of false starts and an inability to focus! I began with Lizzie and learned fairly quickly that she was incapable of telling her story in a way that would be satisfying or complete. I became so frustrated and infuriated with Lizzie when I wrote her that I couldn't bear to be in her head for long periods of time. I needed an out.

The next two narrators I came up with were Benjamin and The House, and again I found these narrators were just as selective as Lizzie. The more frustrated I became, the more narrators I dragged into the whole debacle, so that’s how we get to hear from Emma and Bridget. Initially I wanted the feeling that although they might have been operating against each other, they were essentially connected and without one we couldn't have a whole. But it was also my inability to be with one character for any sustained period; I would be OK for a few weeks or months but then I needed a break to go and be with one of the others for a while. In the first few years it was hard to remember where I was in the story at any given time, and I realized each narrator needed to concentrate on telling just a few parts of the story. By doing this, I also got to know them as people, which helped build their voice and perspective.

CH: The Bordens’ house is a character in your book—the creaking floors, the ticking clock, the different bedrooms with their own hidden secrets. Did you visit the Borden house in Fall River, Massachusetts, as part of your research for the book?

SS: As I mentioned earlier, the house was a narrator in the novel right up until the final year before publication, and, in the end, I swapped it out for Bridget’s narrative. But the house had made its presence felt throughout the other narratives as well and was more effective that way. I really liked the idea of a house knowing far more than anyone else and having the ability to make its occupants feel a particular way. I can become a little fixated on setting!

Because the house was a narrator I wanted to know its history, when it was “born,” who lived in it before the Bordens moved in. So I did a quick Google search and that’s how I discovered that not only does the original house still stand, but it is actually a fully functioning bed and breakfast. I knew then that I had to visit.

I slept a couple of nights in Lizzie’s bedroom and it was one of the best/worst writing experiences of my life. The house was everything and nothing like I thought it would be. Being in that house allowed me to think of the Bordens in a different context. You stay in that house long enough, you start to feel like you live there, start to let it dominate you. It was exactly what I needed to write this book.

CH: With such an intense subject matter and characters, was it difficult to separate yourself from the story and the personalities and be present in your "real" life?

SS: I’ll be honest: Sometimes it was almost impossible to separate myself. This novel took 11 years to write, and I thought about it every single day. The characters consumed me; they constantly visited me in dreams. If I was in the middle of a particularly intense writing period, I’d find it really difficult to step out of it and talk to people around me. But this is natural when you spend hours inside your own head. Eventually you have to return to the real world and be a productive citizen. You can’t keep serving your book whenever it wants you to, but it’s hard to say no.

At work I’d be planning a program and all of sudden I’d think about rotting fruit or something Lizzie had said and I’d just stop what I was doing and begin to jot down novel notes. I shouldn’t admit this publicly but every now and then I’d schedule a work meeting—with the manuscript—and I’d go write for 40 minutes to an hour just so I could get it out onto the page and actually concentrate on my job.

Sometimes the subject matter was too much, and many times I thought about chucking it all and beginning work on something else. But the alternative wasn’t any better. I don’t write happy stories; so I figured I might as well stick with the Bordens. Besides, other writers deal with far heavier stuff than I do and they don’t quit.

But I’m making it sound like it was hard going all the time and that I was a complete and utter obsessive. It wasn’t, and I wasn’t. I was aware that writing is a choice; no one forces you to do it.

CH: Naturally, we would love to know what's next for you as an author. Will you focus on another story from history or something more contemporary?

SS: I’m working on a new novel, which also started off as a dream, just a single image and a feeling: a woman driving her car toward a mountain, who keeps looking in the rearview mirror.

I knew it was set in the past—maybe around the early 1970s—and over the years that initial idea has become a story about a family that takes place from 1940-1973. But so much of it feels contemporary to me. I never deliberately set out to write about the past, but I think I might be someone who finds it easier to explore certain issues and themes if I have the illusion of distance. There are some things I’m writing about now that I can only honestly write about if I pretend it happened before I was born.

Find out more about the author by visiting sarahschmidt.org.