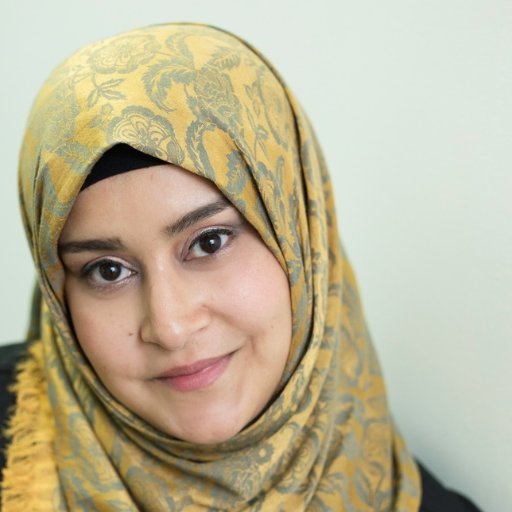 S.K. Ali is the author of Saints and Misfits (Salaam Reads/Simon & Schuster Books for Young Readers), a Summer/Fall 2017 Indies Introduce debut for young adults starring Janna Yusuf, a contemporary Muslim teenager who is dealing with daily life, from exams and crushes to a blended home life and evolving friendships. When an attempted assault turns her world upside down, Janna struggles to find support and to move from a state of victimhood to empowerment.

Ali, who comes from a family of Muslim scholars, is a teacher based in Toronto, and her writing on Muslim culture and life has appeared in the Toronto Star.

Laura Delaney, co-owner of Rediscovered Books in Boise, Idaho, was on the Indies Introduce bookseller panel that selected Ali’s book as a notable debut. Here, Ali and Delaney discuss the author’s writing process and the importance of reading Muslim voices.

Laura Delaney: How did you create the character of Janna? Who is she modeled after? What made you want to tell this story of a young hijabi woman? 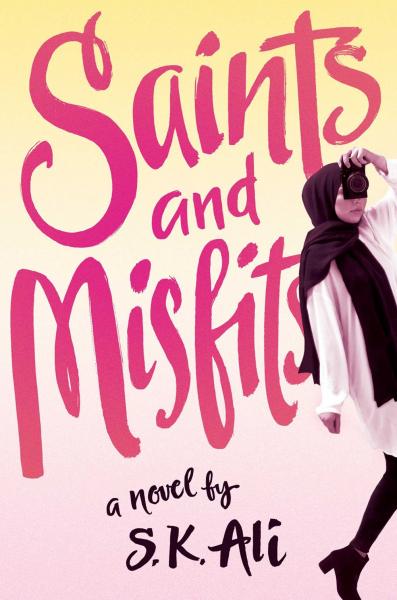 S.K. Ali: Janna was a character in the first YA manuscript I wrote, a good friend to the main character. People who read the book unanimously loved her and wanted to know more about her. So when I decided to trunk that first manuscript (after many attempts to revise it), she stayed with me and it was natural for me to explore her story. I did so through blogging in her voice. I relied on visuals to explore her world and peppered her blog with photos — these later served as settings and secondary characters. I told this story because this is the story that spoke to the many experiences I’ve seen and had and heard about from others. I wanted to tell a story about a girl who grows inwardly and decides to be seen/heard, who grows to seek justice unashamedly. I wanted to tell a story of resilience and triumph in the face of trauma.

LD: This book deals with a variety of difficult subjects and has some scenes that are quite difficult to read. What part of this book was the hardest to write?

SKA: The hardest parts were probably the ones that were difficult to read. The assault scene was obviously hard to write, so I decided to change it up and do it stream-of-consciousness style. When Janna confronts the monster in the café — that was hard. Before I wrote that scene I’d had a block of no writing for weeks, maybe because I knew I had to write the confrontation. And then I was in Istanbul on vacation and I’d been reading about the history of the harem at the Old Palace and the next day, I didn’t leave my hotel room because I just had to write the scene. The issue of justice denied to women throughout history in all parts of the world compelled me to move beyond my discomfort. It was really emotional for me to write that scene, and to this day, I can’t read it without crying.

LD: The bibliography in Saints and Misfits was a lovely way to acknowledge those who supported and helped you in this writing process. Beyond that, what kind of research went into creating this novel?

SKA: I’m a very visual person so I used photographs to guide my writing. I also used storyboards and did character doodles. I grew up at a time when the Muslim community in North America was pretty small. My family was constantly going on trips to events, conferences, camps, and festivals that took place in the U.S. and Canada, so I had a pretty good understanding of aspects of North American “Muslimness” — it was in my system. For the party scene in the end, because I have no experience with alcohol, I had to survey friends and verify things with them. Additionally, I consulted with a Hindu friend for sensitivity for the scene when Mr. Ram talks about Hindu scriptures.

LD: Your book is called Saints and Misfits, two words that serve as titles to most chapters. Why saints and misfits?

SKA: The word “saints” came easily because when you’re part of a faith community, there are people who stand out as being almost angelically good. They’re doing everything they’re supposed to be doing. Some of these people are the real deal and some aren’t. And if you discover someone who isn’t the real deal, it can ruin your understanding of your community and sometimes your faith. That’s where Flannery O’Connor comes in — I loved her stories as a teen because I was drawn to the creeping sense of the macabre in them. It was only on re-reading them later and reading about her life that I saw that through many of her stories she was making a statement on fake piety and self-righteousness. She was a person of faith, so it made sense for her to be disturbed by people who pretend piety for the sake of power, among other reasons. Of course, one of her most famous stories, A Good Man is Hard to Find, has a character in it called the Misfit. When I remembered that, it just made sense to use the word “misfit” because that’s what Janna feels like — a misfit in her family, with her friends, and with the guy she likes. “Saints” and “misfits” tied the theme of the book together just so.

LD: Which writers inspire you to keep telling stories? What is one of your more memorable experiences with the power of language?

SKA: That’s a great question because, yes, there are some writers I read just to be a reader, just to soak in a story. Like Barbara Kingsolver and Arundhati Roy (so excited for her latest!). And then there are other writers that when I read them, I want to pick up my pen or open my laptop. Ann Patchett makes me feel like writing. When I was writing Saints and Misfits, I listened to the audiobook of her collection of essays on writing and life, This Is the Story of a Happy Marriage, to keep me going during writing slumps. I did that more than once! One of my more memorable experiences with the power of language is from grade school, where I was very creative but felt unseen. When I started wearing hijab in sixth grade, the only girl to do so, I felt even more invisible. I effectively gave up trying out for school plays or other creative endeavors because the same students always got the parts. Then in seventh grade, the first week of school, I was called up to the teacher’s desk and asked if I had actually written the story I wrote in my writing notebook all by myself. I said yes. For two weeks after, this teacher watched me during writing periods. Finally, she called me up and pointed at one of my stories and asked me if I knew that I was a writer. I shook my head. And she affirmed it, that yes, you’re a marvelous writer. I still remember the feeling walking back to my desk. I was a writer. Having someone other than my parents confirm my creativity was powerful. I went on to try for things once more; to share the stories I’d written with classmates, write for the school newspaper, etc. The epilogue to this story is that I reconnected with this teacher after 30 years and she’s coming to the book launch for Saints and Misfits.

LD: What book(s) do you think should be required reading for young people today?

SKA: I think it’s important to explore books from marginalized communities. Especially stories from communities that are constantly in the news and often depicted with a negative narrative spin. Because of my background as a Muslim author and because there’s a gaping hole in Muslim narratives, I’d like to suggest #MuslimShelfSpace titles (books by Muslim authors, with overt Muslim content/characters): Alif the Unseen and the Ms. Marvel series by G. Willow Wilson; Wanting Mor by Rukhsana Khan; Written in the Stars by Aisha Saeed; Amina’s Voice by Hena Khan; The Gauntlet by Karuna Riazi; and That Thing We Call a Heart by Sheba Karim. I’m excited because there are more books slated to be published in the next few years.

Find out more about the author at skalibooks.com.