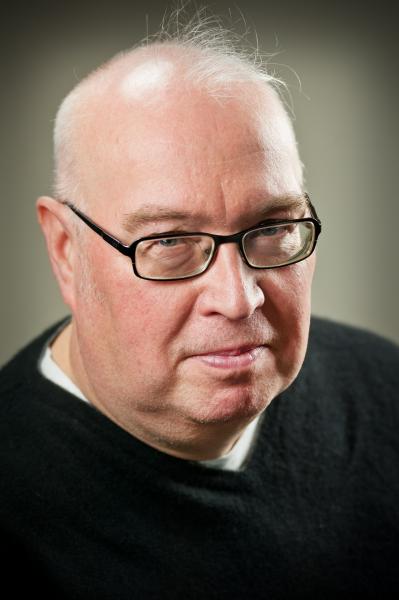 Stephen Jarvis is the author of Death and Mr. Pickwick (Farrar, Straus & Giroux), a Summer/Fall 2015 Indies Introduce selection and a July 2015 Indie Next List pick.

Jarvis was born in Essex, England, and currently lives in Berkshire. Following graduate studies at Oxford University, he tired of his office job and began doing unusual things on weekends — flying on a trapeze, walking on red-hot coals, getting hypnotized to revisit past lives, entering the British snuff-taking championship — and writing about them for the Daily Telegraph.

Death and Mr. Pickwick, his first novel, challenges the long-held origins of The Posthumous Papers of the Pickwick Club, the series of illustrations and text widely regarded as Charles Dickens’ first novel. Under the pen name Boz, Dickens was commissioned with writing text to pair with the whimsical illustrations of Robert Seymour. Based on years of research, Jarvis’ novel presents Seymour, who committed suicide before the work was completed, as the real genius behind The Pickwick Papers.

Bill Carl of The Booksellers on Fountain Square in Cincinnati, Ohio, called Death and Mr. Pickwick “a delightful read, full of wit and sardonic humor, but there’s true emotion at the heart of it all, which elevates the entire novel. I had a very hard time putting this epic aside to go to work! Truly wonderful!”

Writing Death and Mr. Pickwick must have involved extensive research. What was the process like? 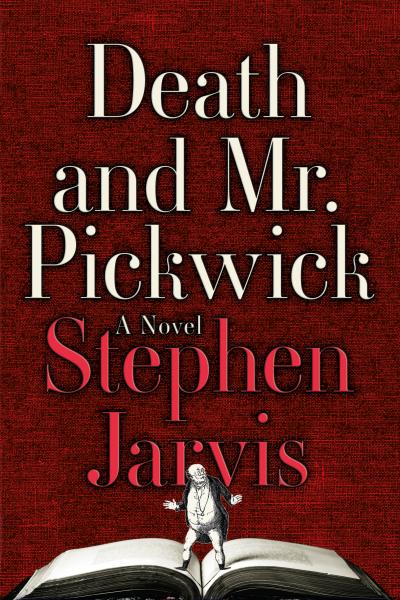 Stephen Jarvis: The research was a mountain! It used to be said that more had been written about The Pickwick Papers than any other work of fiction, and I can believe it. There are literally hundreds of books and academic papers about Pickwick, and thousands of newspaper articles. I knew that I had to get through all of this material in order to truly understand the Pickwick phenomenon.

Death and Mr. Pickwick asserts that Robert Seymour was the creative mastermind behind The Pickwick Papers. While your work is considered fiction, is that assertion something that Dickens fans and scholars often debate?

SJ: No, it has hardly been debated at all. That is something that I believe Death and Mr. Pickwick will change. In general, scholars and Dickensians have accepted the origin of Pickwick that Dickens and his publisher Edward Chapman supplied, and that origin is demonstrably false. There have been a few scholars who have noticed one or two anomalies in the traditional account, or who have observed similarities between Seymour’s drawings and the content of The Pickwick Papers, but they haven’t really followed through and explored the matter. I think this neglect can partly be explained by events in the 1920s, when an American called Dr. Samuel Lambert came over to England to examine Seymour’s case. He approached the Dickens Fellowship for their help — and he found that they were most unwilling to talk to him. Afterwards, an attack on Lambert appeared in the Fellowship’s journal, The Dickensian, stating that the idea that Seymour had made any substantial contribution to Pickwick was “exploded long ago” and was not even worthy of serious consideration. I strongly suspect that the Fellowship members of that era knew that Dickens had lied about the origin of Pickwick, and wanted to steer people away from looking into the matter.

What led you to delve into the story of Robert Seymour and the suspicion that he deserved more credit for The Pickwick Papers than originally believed?

SJ: Well, I borrowed a modern edition of The Pickwick Papers from my local library — I had never read Pickwick before — and in the preface there was one line referring to Seymour’s suicide. I was instantly fascinated. I wanted to know why Seymour had killed himself — the fact that there was only one line, and nothing else, just added to the fascination, and I simply knew there was something here that had to be investigated and written about. At first, I believed the traditional account of Pickwick’s origin — in which Edward Chapman claimed credit for the visual design of the main character, Mr. Pickwick. Chapman said that he had instructed Seymour to base Mr. Pickwick’s appearance on a friend of his. When I could find no evidence for the existence of this alleged friend of Chapman’s, I became suspicious. Then I started to look very closely into the account of Pickwick’s origins. I found blatant contradictions, which meant that it couldn’t be true.

What was it like to learn that Death and Mr. Pickwick has been chosen as an Indies Introduce selection and an Indie Next List pick?

SJ: Well, I am British and live in the U.K., and to be honest I had not heard of the lists until my publisher told me that I had been picked. When I found out about the significance of the lists, I was amazed and deeply honored! And, actually, let me say that I love seeing the novel in different locations, and so if any independent bookstore sends me a photo of a staff member holding Death and Mr. Pickwick at the store, perhaps under the store sign, then I will definitely post it on the novel’s Facebook page, alongside the store’s address and website. I want to give something back to independent bookstores!

In your opinion, what role do independent bookstores play in helping readers discover debut authors, such as yourself?

SJ: They play a truly vital role. As I am a debut novelist, I am not a “name” in the marketplace yet, so I think that my novel’s audience will build by people reading it and suggesting to others that they should give it a try. I think that independent bookstores are ideally placed to offer just the sort of friendly, personal recommendations to customers that debut novelists need.

Learn more about the author by following him on Twitter @DyingClown.