Interabang Books in Dallas, Texas, a general-interest independent bookstore with more than 12,000 titles and a special focus on fiction, children’s books, and creative nonfiction, opened its doors July 1 and has its grand opening scheduled for Saturday, September 9, with a kick-off party to follow on Monday, September 11.

“Things are coming along,” said former Brazos Bookstore manager and BookPeople marketing director Jeremy Ellis, who co-owns the store with local arts enthusiast and philanthropist Nancy Perot, the daughter of 1992 presidential candidate Ross Perot, and literary magazine editor Lori Feathers, who serves as the store’s buyer. “It’s a lot of work to open a bookstore, as everyone knows, so we’re still processing the inventory and getting things set up, to make it the strong shop that we really want it to be.”

The 4,900-square-foot store is located in a busy shopping center in the city’s Preston Hollow neighborhood; its proprietors prefer to refer to it as a full-service bookstore, since other Dallas bookstores, like Deep Vellum Books and The Wild Detectives fill more of a niche. In the weeks after Interabang’s official grand opening, the store will launch a series of fall events, with back-to-back author appearances through the end of the season. 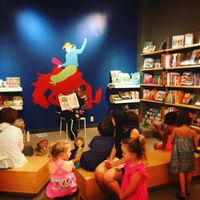 In May, Ellis, who also serves as the store’s manager, told Bookselling This Week that, as a former events coordinator, he was most excited about Interabang Books’ new flexible event space, which features seating for up to 100 people for book signings, as well as a children’s stage for weekly story times and other programs. A big focal wall divides the bookstore, while a closet in the middle easily fits all of the store’s chairs.

“The new events space has been really great,” said Ellis. “The room is large enough to accommodate shoppers and an audience, so people who are coming in can see the event and stand behind it, but also still shop. So it’s worked out just as I imagined so far. We haven’t had a super big event in there yet to really pack ’em to the rafters, but I knew that it would operate pretty cleanly.”

In the months following the store’s grand opening, big-name authors, including Harlan Coben (Don’t Let Go, Dutton, out September 26) and Mark Bowden (Hue 1968: A Turning Point of the American War in Vietnam, Atlantic Monthly Press), will appear at the store, as will Zack and Kelly Weinersmith, to promote their new book, Soonish: Ten Emerging Technologies That Will Improve and/or Ruin Everything, out October 17 from Penguin Press. 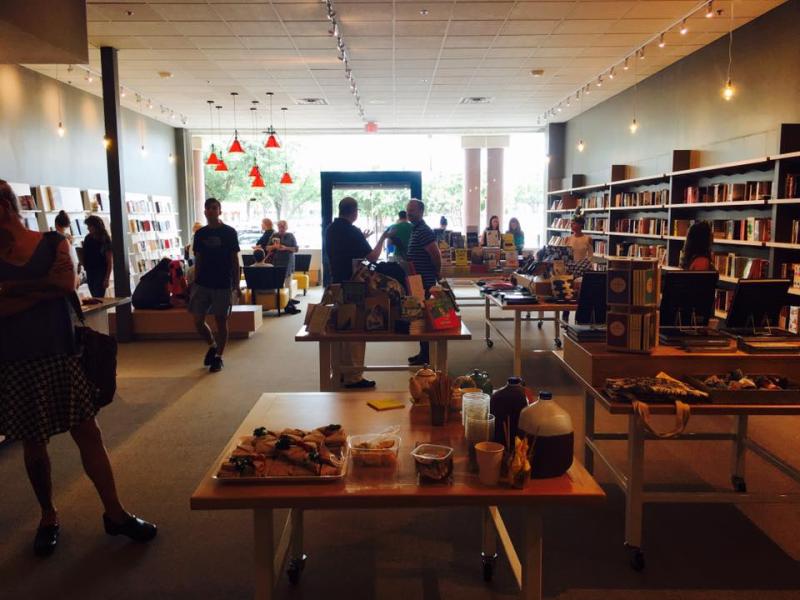 Since opening, the store has already hosted authors Ace Atkins (The Fallen, G.P. Putnam’s Sons), Beatriz Williams (Cocoa Beach, William Morrow), and Kristin Schell, author of The Turquoise Table: Finding Community and Connection in Your Own Front Yard (Thomas Nelson), said Ellis; all of these events were very well-attended and brought in strong sales.

Right now, Ellis said, the store, which was named after an old printmaker’s term that combines a question mark and an exclamation point, is definitely “feeling the love” from the community. 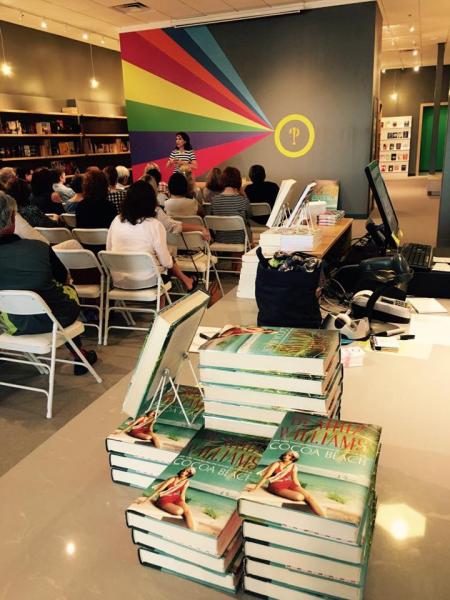 “People coming out from the neighborhood seem delighted to have the option of an indie store on that corner; there is a Barnes & Noble catty-corner to us that has been there for many, many years, and people are definitely coming here and asking, ‘How are you different?’ and ‘What do you have?’ We’re happy to talk to them,” Ellis said. “We tell them we are locally owned and operated, that all the ideas in the store come from the store. We definitely carry more diverse books — we don’t necessarily feature bestsellers as the most important thing in our store, and that right there is a huge delineator from the store that we’re next to.”

Interabang’s IndieCommerce site is likely launching this week, Ellis said; in addition, the store has some local community partnerships and programs in the works, to be kept under wraps until more of the specifics are nailed down.