An Interview With Philipp Meyer, Author of The Son, June’s #1 Indie Next List Pick 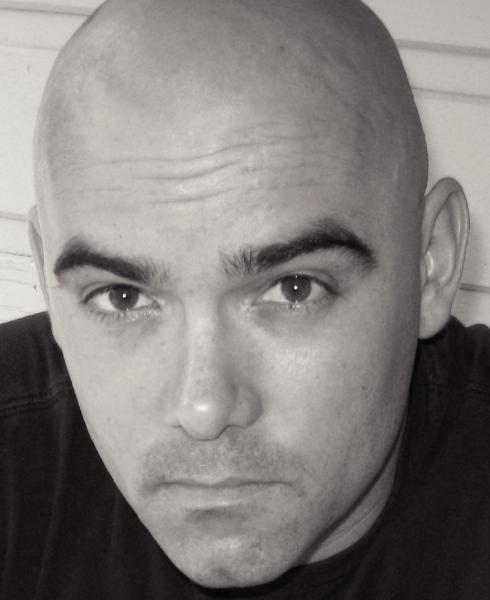 Photo courtesy of the author

Philipp Meyer has earned the number one spot on the June 2013 Indie Next List with his bold and compelling novel The Son (Ecco), which was praised by booksellers across the country.

The Son follows three characters, each a McCullough from the same Texas bloodline but of very different generations, as the landscape of America changes and develops over two centuries. Eli recounts his tale of being captured by Comanche Indians in the mid-1800s; Peter, his son, chronicles his time managing a wildly growing oil company while watching native Mexicans be forced off the land; and J.A., Eli’s great-granddaughter, reflects on her struggles to maintain the family’s power as its members die off.

More than just a McCullough family saga, The Son is about the American Dream as it is pursued by everyone setting foot on Texas soil.

BTW spoke with Meyer about his research process and the experiences he lived in order to write what Scott Kinberger of Books Inc. called “the best kind of historical fiction.” 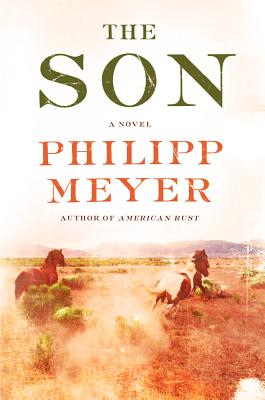 BTW: The Son looks at a dark time in America’s history, when Indian and Mexican natives battled with white settlers to keep their lands. Peter is haunted by the massacre of the entire Garcia family, while Jeannie realizes that when JFK was assassinated, her Texas neighbors were still living with the memories of their parents being scalped by Indians. What prompted you to write about this period in history? How did you research the times and places portrayed?

Philipp Meyer: The book came together pretty gradually. It originally took place over maybe 75 or 100 years and focused much more on the present day, on about eight characters, including Jeannie’s grandsons, who did a lot of philosophizing about their legendary ancestors. Peter’s sections are set during the so called “bandit wars” of 1915-1918 in South Texas; the massacre of the Garcia family is based on a number of similar incidents. In fact, killings of Mexican Americans in this time period was so common that the major newspaper of the area — the San Antonio Express — stopped reporting them. While there were definitely casualties on both sides, it’s not a proud moment in Texas history.

The Eli sections came last. I had been working on the book for about two and a half years and it just wasn’t working — it was Peter and J.A. and other characters reflecting on the frontier mythology. I realized that in order for that to work, I needed to do some myth making to go along with the commentary; hence Eli’s character.

As for the research, I did it pretty gradually, and piecemeal, basically as need dictated. Over the course of the five years it took to write the book, I read at least 350 books on everything from Texas wildcatters to Native American plant use to primitive bow building; every book I could find on the Comanches, also on Plains Indian captives; dozens of books on the native plants of Texas; various archeological reports, oil company reports, etc.

I also took weeks of animal tracking classes and spent a month at Blackwater (the private military contractor) learning combat skills and soaking up the warrior culture for the sections on both the Comanches and the early Texas Rangers. I taught myself to bowhunt and killed several deer, ate them, and tanned various deer hides. I shot two buffalo (whose meat was destined for restaurants and grocery stores), and because the Plains tribes sometimes did it for survival purposes, I drank a cup of warm blood from the neck of one of the animals. I also spent months in the woods, mountains, and deserts of Texas — I slept outside, hiked, or hunted almost everywhere the book takes place, taking careful notes on and pictures of all the plants and animals I saw and then comparing them to the historical record.

BTW: After Eli is captured by the Comanche Indians, he learns how to dissect an animal to utilize its organs and hide, to craft bows and arrows for hunting and war, about tracking animals and people, and how to participate in the Comanche lifestyle, including the murder and raiding of other tribes and whites. How did you learn so much about the Comanche way of life? Why is it that Eli, once returned to his world, can never shake the instincts he developed as a Comanche?

PM: I read a lot of books on Comanche life, most of which, it should be pointed out, are written by whites. The Comanche I interviewed were very friendly, but also a bit reserved with their secrets, which is their right.

As far as the details of everyday life back then, it was quickly clear to me that book knowledge wasn’t quite enough — I would have to learn a lot of those skills myself. So I either taught myself or took classes to learn those skills — from bow-making to plant gathering to how to start a fire with two sticks or build a warm shelter from nothing.

It is one thing to say: “The Plains Indian tribes had to make everything they needed for life with their own hands.” It’s another thing to break that down and understand what it really means: how every action in life demanded a particular technique. Modern life has gotten very far away from that — we are all enormously specialized and most of us have no idea whatsoever about the things that we depend on to sustain existence — food, warmth, shelter. We are experts at a few things only. The Comanche and other Plains tribes were experts at almost everything. And the mountain men and frontiersmen were no different.

BTW: In The Son, no character is quite satisfied with his or her life purpose, except Eli when he’s living in the wild. Money, houses, families — none of these things brings happiness to the characters. Yet, they were arguably living the American Dream. What brought you to this portrayal of the McCullough family, and do you see it as characteristic for how we live as a people, whether in that time or now?

PM: As for Eli, there is a long history of Indian Captivity narratives in America, and what they show is pretty consistent: despite the fact that life with Native Americans was shorter, harder, and much less forgiving than life in Anglo settlements, once captives adapted to it, they did not want to return. There are dozens of recorded cases of white captives being “rescued” only to risk life and limb to return to their adopted tribes. The reverse was not true at all.

As far as happiness, one obvious thing is that most humans need something to struggle against — something meaningful — in order to be happy. Thankfully, modern middle class life, at least in the first world, has removed a lot of these struggles. But it leaves an empty place.

Second, I think we simply have much more time to think than we used to. I often will go off alone into the wilderness, usually in fall hunting season for a week or two at a time, and what I find is that my internal monologue shuts down completely. I’m up well before dawn, then spend all day stalking animals and reading sign and living completely instinctively, then when I return to camp I need to get my equipment warm and dry, deal with snow and bad weather, feed myself, find clean water, keep myself warm. It’s a very satisfying way to live. You’re happy just to sit and watch the fire for an hour or two each night, daydreaming, and then you fall asleep. By comparison, when I’m back in the real world, I seem to spend most of my day with stupid petty thoughts racing through my mind.

This is not to say that life was better in the old days — it clearly wasn’t. But something has been lost, and we still haven’t adjusted to that loss yet.

BTW: There are important but sensitive topics covered in The Son, including racism, classism, and sexism, and the details are not spared. Many characters experience profound loss and grief while living in an unpredictable and often hostile landscape. How did you prepare for writing characters that come from such tortured pasts, and how important was it to you to stay true to the facts?

PM: It was crucial to stay close to the facts. I didn’t really prepare other than that. As Eudora Welty said, the job of a writer is to inhabit another person’s skin, whether that person is a saint or an axe murderer. So that’s what you do.

BTW: The storylines in The Son give us a glimpse into the very different lives of many generations, allowing us to compare them to one another, and to our world now. When you think of the way Eli, Peter, or Jeannie lived, is there one period of time that particularly attracts you? How do you feel about life in the present, considering how dramatically the country has changed?

PM: For all that we are losing — open spaces, the sense of freedom that goes along with that, untouched wilderness areas — people are living longer and better, at least in the first world. Unfortunately, the positive changes usually take lifetimes, or several lifetimes, to see. For instance, though we take it for granted now, women have only had the right to vote in this country for about 90 years. The Civil Rights Act didn’t pass until the 1960s. In terms of a theoretically favorite time period, I also love the idea of living in North America before modern Europeans arrived, or maybe being one of the fur trappers, living well ahead of the frontier, but at 39, I am already an old man for those days. My basic thoughts on this are the same as Faulkner’s, as stated in his Nobel address: no matter what happens, humankind will survive.

BTW: Independent booksellers have called your work epic, absorbing, and powerful, and praise the realness of your characters and the strength of the narratives. This is the third time one of your titles has appeared on an Indie Next List. What does the support of the independent community mean to you?

PM: It means everything. I grew up going to bookstores and libraries — places where lots and lots of physical books were stacked. I love going into bookstores and spending hours just wandering around. And so I am happy to hear that things seem to be looking up a bit, and that we even gained a few new indie stores last year.