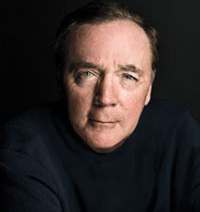 Author James Patterson has made good on his promise to donate $1 million to independent bookstores this year. This week, he announced the final 81 bookstores that will be receiving a total of $473,000 in grants as part of his Saving Bookstores, Saving Lives campaign.

In September 2013, Patterson pledged to award $1 million to independent bookstores with dedicated children’s sections. Over the course of 2014, he has distributed a total $1,008,300 to 178 bookstores plus California Bookstore Day.

“My hope was that this program would shine a light on independent bookstores, how important and how necessary they are,” Patterson said. “It’s my way of saying thank you to all these stores for the great work that they do to get kids (and adults) reading.”

Stores ranging from Alaska to Florida are among the winners of grants in this third round of giving, and many shared the good news on social media and through local news outlets.

At Battenkill Books in Cambridge, New York, owner Connie Brooks said, "We are absolutely thrilled by this award. We will use the money to expand our children’s section into an unused space alongside our building on Main Street. We will create a dedicated room for our youngest patrons, which will include expanded space for picture books and early chapter books. The new space will also be able to accommodate our popular summer reading program.”

One More Page Books in Arlington, Virginia, won $9,000 from Patterson, reported the Washington Post, and will use it to establish a mobile bookstore for use at offsite events and to bring books and literary events to kids in neighborhoods in Arlington and Washington, D.C.

Afterwords Books in Edwardsville, Illinois, learned on Monday that it had not only landed in the top ten for Independent We Stand’s Independent Small Business of the Year Award, but that it was selected as a recipient of one of Patterson’s grants. “Want to know the recipe for taking a dreary Monday morning and turning it into one of the best days ever?? OH MY GOSH! I don’t know if my heart can stand so much good news in one day,” the store shared on Facebook.

Green Bean Books in Portland, Oregon, wrote to its Facebook fans, “We are ELATED to be on the list of independent bookstores that James Patterson is helping out with his Saving Bookstores, Saving Lives grant campaign! Thank you, James Patterson, for all your support!!!”

The nonprofit Hub City Bookshop in Spartanburg, South Carolina, received $6,000 from Patterson. “This is an exciting day at Hub City,” said manager Anne Waters. “What a Christmas present! We are so honored to be among the Patterson grant recipients.”

The store plans to use the funds to add furniture and rugs to its children’s section, to underwrite a children’s activity tent for the Hub City Writers Project street festival in May, and to donate books to Hub City’s “Great Kids Deserve Great Books” project, which aims to give each child in five low-income schools in Spartanburg at least three books to take home for the summer.

Women & Children First in Chicago, Illinois, announced on Facebook that it made Patterson’s final list. “Thank you, James Patterson, for helping us strengthen the next chapter of W&CF. Indie bookstores matter and we’re here to stay! Many congrats to the other recipients, especially those in Chicagoland!”

Boulder Book Store in Boulder, Colorado, will be updating the store’s phone system with the grant it received from Patterson, reported the Denver Post. “It’s very generous,” owner David Bolduc said. “It’s really something how authors support physical bookstores. This is a guy who puts his money where his mouth is.”

Oxford, Mississippi’s Square Books received $9,700 to host a Teens Read book fair in the spring, wrote the Clarion Ledger. The store plans to coordinate with local literacy groups and Boys and Girls Clubs to raise awareness of the event. Teens attending the book fair will get free copies of a selected title and the opportunity to meet the author.