Indie booksellers across the country have chosen Janae Marks’ From the Desk of Zoe Washington (Katherine Tegen Books) as one of their top picks for the Winter 2019–2020 Kids’ Indie Next List. 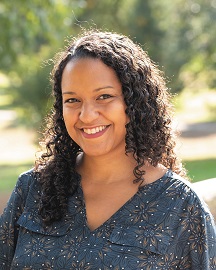 Marks’ debut novel follows aspiring baker Zoe Washington as she pursues her dream to audition for a spot on Food Network’s Kids Bake Challenge while also searching for the truth about a family mystery — one her family intends to keep her out of.

“Zoe Washington is my new favorite middle-grade heroine!” said Anna Millsaps of bbgb books in Richmond, Virginia. “When she receives a letter from Marcus, her birth father, on her 12th birthday, Zoe begins corresponding with him in secret. Marcus is in prison for a crime he says he didn’t commit, and Zoe is determined to find out the truth while also trying to excel in her baking internship and manage middle-school friendship drama with her neighbor Trevor. In her excellent debut novel, Marks skillfully balances a difficult social justice theme with lighthearted elements and lovingly rendered familial relationships.”

Here, Bookselling This Week discusses writing for children with Marks.

Janae Marks: In 2014, I became hooked on the first season of the podcast Serial, which told the story of an incarcerated man who may have been wrongfully convicted of murder. I also watched the Netflix documentary Making a Murderer, which told a similar story. Both of these cases made me curious about wrongful convictions, so I started researching them. Since I write for kids, I wondered what life is like for the children of incarcerated parents. Then I thought, what if a kid found out that their parent might be innocent of their crime? From there, Zoe Washington was born.

BTW: One of Zoe’s favorite things to do is baking. Do you have any personal experience with this? How did you create the recipes in the book?

JM: I bake occasionally, but I’m not the avid baker that Zoe is. I love watching baking shows, though! My favorites are baking competition shows, like The Great British Bake Off and Food Network’s various Baking Championships. I gathered a bunch of baking tips and tricks from watching these shows. When I needed to come up with a cupcake recipe, I thought about the interesting cupcake flavors I’ve tasted before, as well as flavors that I’d seen bakers use on these shows. 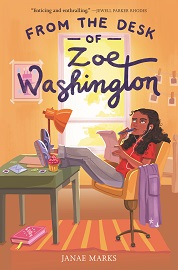 BTW: An important conversation this book prompts is one about systemic racism, specifically in regard to the U.S. prison system. Can you talk a little bit more about that?

JM: As I researched wrongful convictions and what caused them, I was not surprised to learn that racism plays a big part. I watched Ava DuVernay’s incredible documentary 13th, which delves into the racial inequalities within the criminal justice system. Before starting to write my book, I knew that Zoe would be Black. It was important to me to create a main character that looks like me, especially since there are so few brown girls in children’s literature, written by authors of color. Since systemic racism is so prevalent in our prison system, it only made sense to include that conversation in my book, and have Zoe wonder whether it played a part in Marcus’ conviction.

BTW: This book also explores the issue of lying, and more specifically, the things children sometimes hide from their parents. Why did you choose to explore this topic?

JM: In From the Desk of Zoe Washington, Zoe’s mother doesn’t want her to communicate with Marcus because she wants to protect her. But Zoe wants to make that decision for herself. I remember what it’s like to be 12 and want more agency over your own life, and I wanted to explore that aspect of adolescence through Zoe. But lying does have consequences, which Zoe eventually learns!

BTW: This book also features a complicated but strong friendship between Zoe and her friend Trevor. In the children’s book world, there’s an ongoing conversation about crafting strong platonic friendships. Can you talk a little bit about that? Did you have that conversation in mind while writing?

JM: I’m an only child like Zoe, so strong platonic friendships have always been important to me. When I was in middle school, there was a girl who tried to get between me and my best friend. That incident inspired the friendship storyline between Trevor and Zoe. I knew all along that I wanted Zoe to have someone there to support her through her journey toward finding out the truth about Marcus, but I also liked that Zoe had to learn to forgive Trevor as well.

BTW: What do you hope readers will take away from this book?

JM: I hope this book entertains young readers and also inspires them to stand up for whatever they believe in, just like Zoe!

JM: I am revising my second middle-grade novel, another standalone. It will be out in 2021 with Katherine Tegen Books, and I can’t wait to share more about it soon!