Award-winning author Jason Reynolds, who is serving his second term as Indies First spokesperson, launched the “Indie Bookstores Give Back on Small Business Saturday” campaign (#IndiesGiveBack) at Miami Book Fair at Miami Dade College over the weekend.

Reynolds participated in school presentations across Miami, addressing 600 students, most from Title I schools, and all students took home an “Indies First/Small Business Saturday” paperback edition of Ghost, the first book in his New York Times bestselling Track series.

At the festival, Reynolds also took part in a public talk and book signing to promote the release of Lu, the final installment in the four-book series.

“This effort to distribute 20,000 copies of a special edition of Jason Reynolds’ much-loved title Ghost into the hands of young readers across the country is an extraordinary example of just how independent bookstores can give back to their communities,” said ABA CEO Oren Teicher. “ABA is immensely grateful to Jason, American Express, and Simon & Schuster Children’s Publishing, as well as to all the indie booksellers coast to coast who are making this possible.”

Indies First, launched by the American Booksellers Association in 2013 and held each year on Small Business Saturday, the Saturday after Thanksgiving, brings together authors, readers, and publishers in support and celebration of independent bookstores.

Here are some of the highlights from the Miami Book Fair:

Jason Reynolds speaks to a room full of kids at the Miami Book Fair. 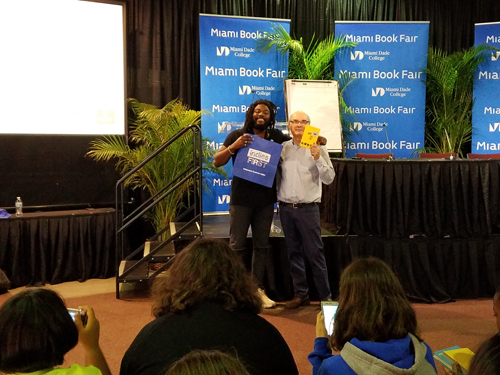 Reynolds and ABA CEO Oren Teicher show off an Indies First tote bag and a copy of Ghost. 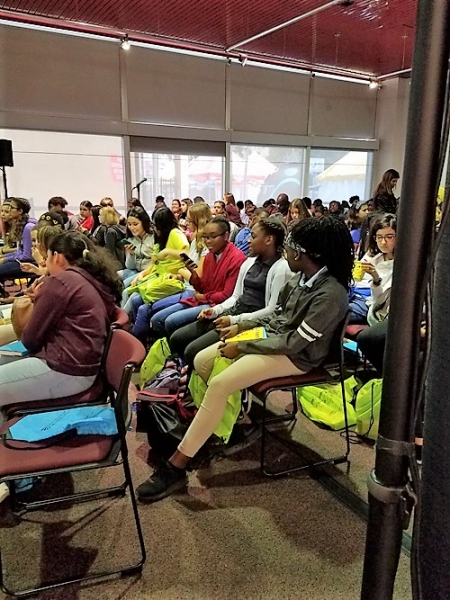 Kids take a peek at their new copies of Ghost. 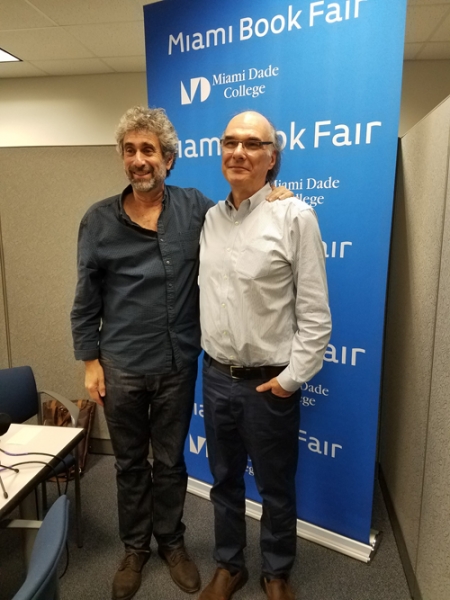