The American Booksellers Association today announced Jason Reynolds as the 2017 spokesperson for Indies First, the national campaign of activities and events in support of independent bookstores, which takes place on Small Business Saturday, the weekend after Thanksgiving.

“Being named the 2017 Indies First spokesperson is nothing short of an honor. To be an ambassador for the independent booksellers that have been ambassadors for me isn’t only a welcomed responsibility, but also a sweet and, quite frankly, awesome obligation,” said Reynolds. 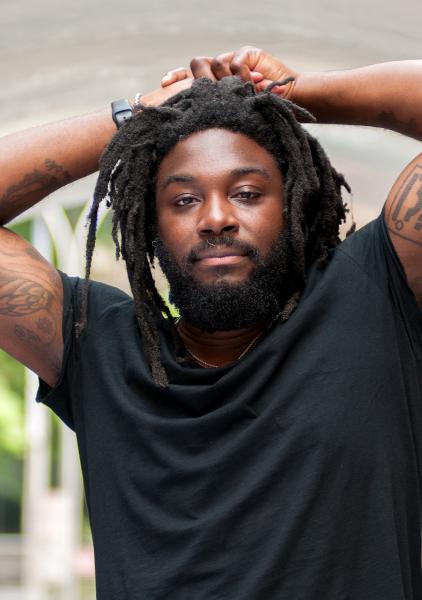 In a video created to promote the event, Reynolds encourages his fellow authors to visit their local bookstore on November 25 in honor of Indies First/Small Business Saturday to show their support for the booksellers that support them year-round. Reynolds himself will be working at East City Bookshop in Washington, D.C.

Indies First was created by author Sherman Alexie in 2013; other authors who have led the campaign include Kate DiCamillo, Neil Gaiman and Amanda Palmer, Daniel Handler (aka Lemony Snicket), Cheryl Strayed, and Lena Dunham.

Reynolds is the author of the critically acclaimed and award-winning novels When I Was the Greatest and Boy in the Black Suit and co-author of the New York Times-bestselling All American Boys. As Brave as You was a Time Book of the Year, and Ghost, the premier book in his middle-grade Track series, was a National Book Award finalist. Reynolds is also a Kirkus Award winner, a Walter Dean Myers Award winner, a NAACP Image Award winner, and the recipient of multiple Coretta Scott King honors.

This fall, Caitlyn Dlouhy Books/Atheneum Books for Young Readers (an imprint of Simon & Schuster Children’s Publishing) will publish Reynolds’ Patina, the next installment in his Track series, and young adult novel Long Way Down. Miles Morales: Spider-Man, a young adult comic book, was published by Marvel on August 1.

Booksellers are encouraged to invite their favorite local authors, illustrators, or celebrities to come to their stores on November 25 for Indies First on Small Business Saturday, and then add the event details to the Store Indies First Activity Registry so that they can be publicized on the Indies First map on IndieBound.org, which will go live in September. Stores are also encouraged to promote their events on their websites and in newsletters and social media postings (using the hashtag #IndiesFirst).

ABA’s November Red Box mailing will include Indies First bookmarks, book bags, and other new goodies to help booksellers promote the event. Booksellers should also watch upcoming issues of Bookselling This Week for details about an additional way to promote Indies First to customers.