Macmillan CEO John Sargent received the 2017 PEN Publisher Honoree Award at the PEN Literary Gala on April 25 in New York City. In his acceptance speech, Sargent spoke about the importance of defending free speech. His remarks are reprinted here with his permission. 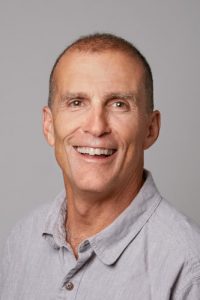 Thanks, Andrew [Solomon, president of PEN America], and thank you, PEN, for the honor.

Thank you all for being here, particularly those from the world of publishing.

Thanks to all those who came because I asked, and special thanks to my colleagues at Macmillan. Erin, Alison, and Bill, thanks for all the hard work.

This is the PEN dinner, so tonight I plan to speak briefly about the importance of the First Amendment.

For those of us who have to make significant decisions on First Amendment issues, our choices are, by necessity, personal. There is little guidance, and the obligation to follow the amendment is only moral, there is no law that binds us. As publishing becomes more consolidated, and the retailing of books becomes more consolidated, there are fewer and fewer of us who decide what books get wide distribution in America.

And the decisions of what to publish, or not publish, or very occasionally what book to pull, we make as individuals — each one of us distinct from the other.

I come from a family of book publishers and booksellers, but I grew up on a cattle ranch, one small dot of blue in the vast sea of red that is the Rocky Mountain west. Where I grew up we had no TV, and the single radio station played “The Star-Spangled Banner” every day at noon. I rooted for hard-working Smokin’ Joe Frazier to beat the gifted Muhammad Ali, and as Vietnam raged the only question I struggled with was, should I join the Army or the Marines? I admired self-reliance. I admired loyalty. And I admired courage.

In my late 30s, I was offered the job of running St. Martin’s Press. I remember thinking about the First Amendment responsibilities that came with the job. I recalled how demoralized I’d been at Simon and Schuster when the corporate guys pulled American Psycho, and I remembered the great respect I felt when Salman Rushdie and Viking Penguin withstood the onslaught over The Satanic Verses. Intellectually, I considered the possibility of prison or worse. So I got myself a copy of the First Amendment, a copy that still sits in my drawer today. Oddly, the words are not very helpful. The bit on freedom of speech and the press goes like this:

Congress shall make no law abridging the freedom of speech, or of the press.

It is a mandate to Congress but imposes no legal obligations on publishers, writers, or journalists. It doesn’t even define freedom of speech. It simply says Congress can’t abridge it.

It was only in the early 1800s that the Supreme Court decided it would be up to the courts to interpret the Constitution. Then, in the case of an anti-draft document circulated in World War I, the court, in the defense of a Socialist, defined the “clear and present danger” standard for free speech.

In a KKK case in 1969, it refined the standard. The court found that speech should be protected unless “advocacy is directed to inciting or producing imminent lawless action.” The court also held that it is unconstitutional to impose a “hecklers veto.” To quote the New York Times, “the Supreme Court concluded that the government’s responsibility in these circumstances is to control those who threaten violence, rather than to sacrifice the speaker’s First Amendment rights.” Or, as Justice Brandeis wrote, “Those who won our independence” were committed to the principle “that the fitting remedy for evil counsels are good ones.”

We stand now in a difficult moment. There is a new generation with different sensibilities. There is both heightened sensitivity and heightened bellicosity. Even after the famed Skokie decision that allowed Nazis to march, there is a feeling that any form of hate should not be published and that authors who offend our common standards of decency should not be offered a platform. There is a steady drumbeat asserting that lines should be drawn, that the rising incivility from one side or the other should not be given a megaphone.

I see this argument, and emotionally I agree with it. The last thing I want to do is empower those who would tear down their opponents with deplorable language and behavior, particularly if those they are tearing down share my point of view.

But, unfortunately, the very act of drawing a line, and making that decision, runs counter to our obligation to defend free speech. It also runs afoul of the belief that in a free society, it is always better to expose than to censure.

We have no responsibility to publish any single book. It is easy and fulfilling to publish books that bolster our own beliefs. It is also easy to say that anyone can self-publish a book these days, so we don’t have to worry that their views will reach the public. Someone else will take care of that. It is easy to feel safe and to be safe.

But as we face these decisions, I hope we will decide to stand for what is right, not for what is easy. I hope we will apply the principles of the First Amendment and have the courage to resist the great power of polarized opinion. I hope we are brave and I hope to be brave. Oleg Sentsov, who we honor tonight, has certainly shown the way, as has PEN in the work they do every day, of every year.