The NorthEast Investment Cooperative (NEIC), which was established in 2011 in Minneapolis, has become an example of  how neighbors can work together to refurbish poorly used property in their communities, improving the quality of the neighborhood and creating an economic environment where small businesses can thrive.

Colleen O’Connor Toberman, a member of NEIC’s board of directors for the past four years, spoke with Bookselling This Week about the co-op, which Stacy Mitchell, co-director of the Institute for Local Self-Reliance, cited as a positive example of localism at work during her ABA plenary “Meeting the New Localism  Challenge: Protecting and Promoting Communities and Local Economies” at this past May’s BookExpo America.

For a long time, Central Avenue has been a key commercial corridor in northeast Minneapolis, said Toberman, but walking down the street in 2011, it was plain to see that the neighborhood had a lot of underinvested properties.

2504/2506 Central Avenue prior to rehabilitation

In November 2011, a group of community members decided do something about the situation and applied to the state to found the NorthEast Investment Cooperative. The group brought together a founding coalition of 39 members, made up of individuals, households, and small businesses with a financial and/or emotional stake in the neighborhood.

In March 2012, before embarking on its mission, NEIC formed a nine-member board of directors to vote on all investment decisions and related negotiations. The board would also oversee three standing committees: Property and Tenant, Finance and Governance, and Membership and Marketing. Each committee was made up of board members and member-owners and each had its own charter and budget. That spring, NEIC was approached by Recovery Bike Shop, a business in northeast Minneapolis seeking to move to a new space, about a potential partnership on a building renovation project on Central Avenue.

In July, NEIC and Recovery Bike Shop agreed to pool their resources and buy 2504/2506 Central Avenue, an old building that was once a hardware and furniture store. Recovery retained the title to the section of the parcel at 2504, and NEIC retained the other, at 2506. While Recovery is not legally affiliated with NEIC, they are a member of NEIC, said Toberman, who noted that without the bike shop’s involvement the co-op would not have had enough money to purchase the building.

NEIC’s payment, which was made in cash, came from A-shares, or co-op base membership shares. All member-owners who invest in NEIC pay for an “A-share,” which costs $1,000 and gives that member-owner one vote in any NEIC decisions subject to direct member control, including NEIC’s board elections and approval of changes to the co-op’s bylaws.

From 2012 to 2013, NEIC sold shares to 51 additional member-owners to raise more capital to renovate the building. The co-op also hired the local firm McMonigal Architects to complete the design and plans for the project. NEIC also began offering members the opportunity to purchase C-shares ($500 per share) and D-shares ($5,000 per share); 20 NEIC members purchased C and D shares, totaling $74,500 altogether. Most of the contractors NEIC hired to renovate the building were member-owners and a few agreed to receive C/D shares as part of their payment for services rendered, said Toberman. This helped NEIC keep more of the project financing under NEIC members’ ownership and to reduce the up-front cash expenses for the building. 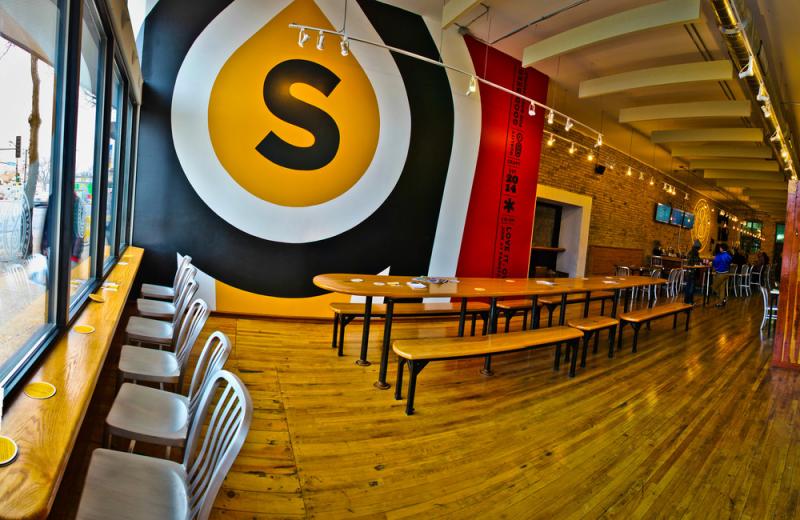 As 2014 began, NEIC’s two new tenants at 2506 Central Avenue — the bakery Aki’s BreadHaus and the brewery Fair State Brewing Cooperative — opened for business, Recovery Bike Shop was settled at 2504, and the co-op had a total of 175 member-owners. Rent from Aki’s and Fair State serves as the co-op’s primary income and generates profits for shareholders. However, the co-op also assumes the responsibilities of a landlord so expenses for building repairs can eat into that profit. NEIC also retains a professional property management company to act as a liaison between the tenants and NEIC, said Toberman.

Today, NEIC has 240 member-owner shareholders. Maintaining local control of a thriving property benefits both the member-owners and the community, since the co-op’s profits stay in the neighborhood, said Toberman. The value found in a property from a financial perspective — the equity — goes directly to members, and most live in the area.

Each year, the NEIC board of directors evaluates the net income for the year and the ability for the co-op to issue dividends and/or capital credit account allocations. In 2015, the co-op’s first profitable year, NEIC issued a 4.17 percent capital credit account allocation on A-shares and two percent and four percent dividends on C/D shares. According to its bylaws, NEIC also reserves the right to retain and reinvest any of this net income into the property or into another project.

The success of Aki’s BreadHaus, Fair State Brewing Cooperative, and Recovery Bike Shop has also encouraged many positive changes in the neighborhood, said Toberman, including the creation of 25 new jobs associated with the three new businesses. 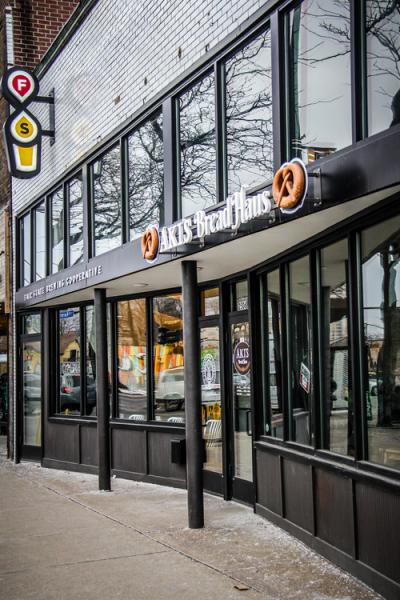 People from all over the world who are interested in starting their own co-ops have contacted the group for guidance. However, Toberman noted that starting a co-op can be costly, legally complex (every state law is different), and time-consuming, and some communities may not have the necessary financial or human resources.

“Starting a co-op takes time. We’re all volunteers on the board of directors, as are the member-owners who serve with directors on the co-op’s three standing committees. We have no paid staff, so it’s very time-intensive and not everyone can do that,” she said. “There is also a certain level of financial resources needed, and it’s tough for groups like ours to access capital. We raised a lot of money from our member base, which first requires a certain amount of money in the community.”

Finding a bank that would agree to loan money to an entity with an unconventional business model such as theirs was also difficult, Toberman said. NEIC did ultimately find a community bank to administer a construction loan, which funded the rehabilitation of 2506 Central Avenue. The loan also allowed NEIC to take advantage of the city of Minneapolis’s matching loan program for commercial small business development.

Most recently, NEIC signed a letter of intent to purchase the building at 1601 37th Avenue NE, which will become the site of NEIC’s second rehabilitation project. The deal on the property, which is located in the same neighborhood as Central Avenue, should be closing in the next month or two, said Toberman.

“We want to keep doing properties,” said Toberman. “We would really like to set ourselves up to do some bigger properties in the future by having a really stable and profitable portfolio.”