Mohsin Hamid on Exit West, the #1 Indie Next List Pick for March 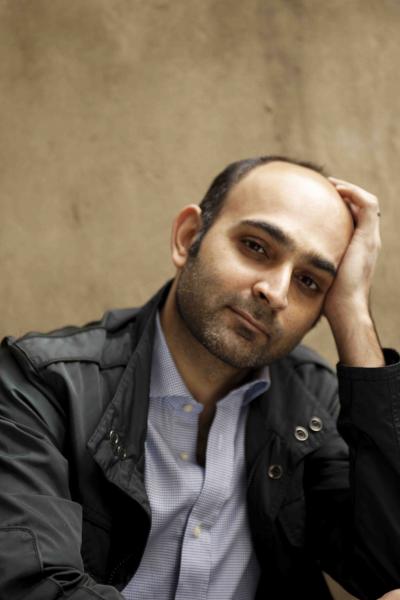 The novel Exit West by Mohsin Hamid (Riverhead Books), chosen by independent booksellers as the number-one Indie Next List pick for March 2017, follows a young couple, Nadia and Saeed, as they leave everything behind to join the droves of migrants fleeing their war-torn country.

“I’ve felt this sense of dislocation and of being a migrant my whole life,” said Hamid about what inspired him to write Exit West. At the age of three, Hamid moved from Pakistan to California, then back to Pakistan at nine, again to America at 18 to study, to the United Kingdom at 30, and once again to Pakistan, where he lives now.

In many ways, said Hamid, the modern country of America is the result of people fleeing places they felt they needed to leave. “We think of that as an easy step, but it isn’t really an easy step to leave behind your family, your parents, your loved ones, your language, your food, your music, and to go somewhere far away. It’s a very difficult decision, a very painful decision,” he said. 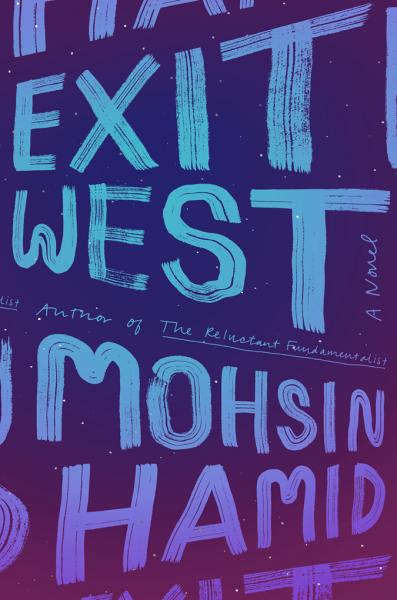 People who leave their homes and families really only do so when times are so difficult that they must, he noted. “Just like Irish Americans came en masse after the potato famine in Ireland, there are people in the world today who face equally bleak circumstances,” said Hamid. “Many times when you live in a peaceful, comfortable place it’s hard to imagine that sense of being trapped.”

In Exit West, Nadia and Saeed make their way through secretive “black doors” — portals that bring them and other migrants to safer countries, such as Greece, England, and America. As they move from migrant camp to migrant camp in search of a final home, they encounter and make connections with other people from their homeland, a country Hamid chose to keep nameless.

“I wanted to open up the possibility of where it was, so that many different readers could imagine it being potentially their own country and their own city,” said Hamid. While he was thinking of his home city of Lahore while writing, he said, “I just didn’t have the heart to write about such a tragedy befalling Lahore. I just couldn’t bring myself to do that, even fictionally, to the place where I live.”

In contrast to the gravity and reality of the couple’s journey throughout the novel, the “black doors” that Nadia and Saeed move through transport them to these new countries in just an instant. That element may not conform with the laws of physics, said Hamid, but it does have an emotional truth that he wanted to convey.

“We think about the saga to get to a place, but often that’s just a tiny part of the story, even though it gets so much of our attention,” said Hamid. “The bigger part of the story is what happens before you move, and what happens when you get to the place you think you’re going to. The few days or weeks of perilous transit — although it seems like a great story, the stuff of great narratives — actually isn’t really the experience. The real experience starts when you arrive.”

Hamid’s own world is filled with people who have experienced the effects of migration, he explained; while his four grandparents all lived their adult lives and died in the city of Lahore, just half of their children live there, and only a third or a quarter of their grandchildren, his generation, remain. “One hears the stories and meets the people. The experience of migration is all around us,” he said. “The emotional register of it is present even if you’re not in such a desperate situation as Saeed and Nadia are.”

“The one important strand in the novel is my belief that everyone is a migrant, and this, actually, is something that unites us,” said Hamid, noting that we tend to think of ourselves as locals versus foreigners, migrants versus natives, but we all migrate through time.

“Everybody, as they get older, feels that they live in a world that’s at least partially unrecognizable to them,” he said. Exit West, Hamid explained, “is a love story that tries to touch upon the shared sense of migration we all participate in. What you take away from that is up to you, but, hopefully, it establishes this shared humanity of migration.”

People around the world hear many stories coming out of America, but Americans tend to hear just one story about Pakistan. His home country, said Hamid, is just as varied and diverse as America. “We have bookstores and libraries and art galleries and universities and schools and young couples in restaurants. There are also Taliban insurgents and deserts and bleak mountains and a terrorist attack in Lahore just yesterday,” he said. “And these things coexist. If you imagine just how diverse and different America is — El Paso from Yonkers, Honolulu from Topeka — Pakistan is just as diverse, if not more so.”

Pakistan also has a varied literary culture. This month, the Lahore Literary Festival, for which Hamid serves as an advisor, will feature among its many regional writers Nigerian-American author Teju Cole and British actor Michael Palin; in the past, the festival has welcomed New York Times columnist Roger Cohen and The Vagina Monologues playwright Eve Ensler.

Bookstores in Pakistan are much like they are in the U.S. or U.K., said Hamid. The Last Word, a bookstore in Lahore, is full of the latest hardcover and paperback fiction, nonfiction, and children’s books. “People from America who have a favorite indie bookshop wouldn’t find it at all dissimilar to what they’re used to,” said Hamid.

The same goes for Readings, which carries a broad set of books — from science fiction to comic books, literary fiction to nonfiction, and news and current affairs. Readings, said Hamid, reminds him of a smaller version of Powell’s Books in Portland, Oregon, as it also shelves used books side-by-side with new.

Beyond Pakistan, that area of the world has enormous veneration for writers and poets, said Hamid. In his experience, when talking about being a writer in the West, the question often comes up as to whether one can make a living off it; conversely, in Pakistan, “if you say you’re a writer, the first and most powerful reaction you usually get from people is a gesture of respect; how wonderful you dedicate your life to something like this,” said Hamid.

“I’ve always been struck by that,” he said. “The instinctive reaction isn’t that a writer is somebody who is seeking fame or fortune but somebody who has chosen to commit themselves to a project that benefits humanity.”