Independent bookstores have a new ally in the campaign to urge holiday shoppers to think outside the big box the weekend after Thanksgiving. 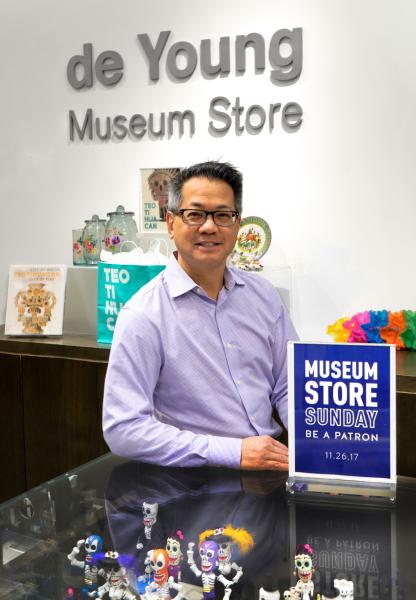 Falling the day after Indies First on Small Business Saturday, Museum Store Sunday brings awareness of the shopping opportunities at museums and other nonprofit cultural attractions such as historical societies and gardens.

“There’s Black Friday, Shop Small Saturday, Cyber Monday, and Giving Tuesday, but no one took Sunday. So why not take Sunday and call it Museum Store Sunday? That sounded great,” said Stuart Hata, the immediate past president of the Museum Store Association and director of retail operations for the Fine Arts Museums of San Francisco.

The first Museum Store Sunday will be on November 26 this year. Nearly 500 museum stores in all 50 states and the District of Columbia have signed up. “Every day, more and more sign up. Almost half of our membership has signed up, and that was our goal, and it looks like we are going to hit it,” Hata said.

The ​United ​Kingdom’s ​Association ​for ​Cultural ​Enterprises ​and ​the Museum ​Shops ​Association ​of ​Australia ​and ​New ​Zealand are also participating.

Consumers can check if their favorite cultural institution is participating by searching a map.

Museum Store Sunday was created to educate the public about the role museum stores play in funding the institutions that house them and to dispel the idea that they are merely gift shops.

The day’s motto is “Be a Patron,” which urges museum-goers to shop in support of museums and their missions. “Any money earned in museum stores goes directly back to support the educational programs, the exhibitions, and collection maintenance,” Hata said. “We realize that people might not know what a museum store is. We need to answer that basic question.”

Participating museums have access to a Museum Store Sunday toolkit that includes a wide array of materials to educate visitors about the event, including text, content, and hashtags for social media as well as templates for signs, buttons, and window clings. It also includes talking points for museum store retail professionals for communication with the institution’s marketing and membership departments about reaching out to existing supporters.

“We already have a built-in consumer group among our museum members; we at the San Francisco Fine Arts Museums have 100,000 members. So, I’m going to be communicating with my members. That’s just my institution alone, so when you think about the 500 museums and add up all the memberships, the reach is huge,” Hata said.

“Books are very important to museum stores. If you look at the history of museum stores, they started as bookstores. We were there to sell the catalogs that were published,” Hata said. “Early on, way back when, they were mimeographed, staple bound, and published by our curators for when the public wanted more information to take home about what they saw at a museum.”

Because book sales are a sizeable chunk of museum store sales to this day, Hata said the association has secured special offers for the event from publishers who are vendor members. 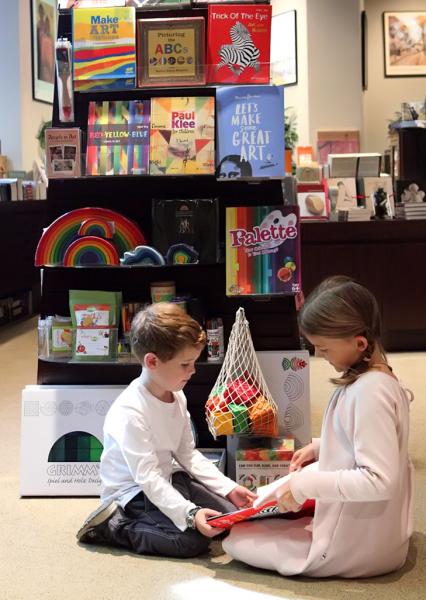 The store at the Norton Simon Museum in Los Angeles stocks many books.

“We’re the one place that gives people a chance to further their connection with the objects they see, and build a strong understanding of what the works are about, and hopefully enhance the experience they have coming to the institution,” Uchin said.

Hata said Museum Store Sunday pairs with Small Business Saturday because both events encourage shoppers to support the local community, whether at an indie bookstore or museum.

“Museum stores are indies because we all are independent and unique to each of our institutions,” Hata said. “Whether we’re the Fine Arts Museums of San Francisco or the New York Historical Society or the Columbia River Maritime Museum in Washington State, we are all a fabric of the local community and by supporting your local institution, you are supporting your local community.”

That’s also the message of the American Booksellers Association’s Indies First, which brings together authors, readers, and publishers in support of independent bookstores on the Saturday after Thanksgiving, this year November 25.

Launched in 2013 by ABA and inspired by author Sherman Alexie’s experience volunteering in an indie bookstore, Indies First brings authors to bookstores across the country. Publishers also offer special terms on books for the event.

Indies First is held on Small Business Saturday, an event started in 2010 by American Express that in 2016 contributed $15.4 billion to the economy in dollars spent at indie retailers and restaurants.

The “Shop Small” concept was created as an antidote to the growing prominence of Black Friday, the day-after-Thanksgiving shopping event that marks the start of the holiday retail season.

The idea of Cyber Monday, coined by the National Retail Federation in 2005, came as the first work day after Thanksgiving turned into the biggest online shopping day of the year.

Giving Tuesday, started in 2012 by the 92nd Street Y and the United Nations Foundation, encourages the public to take a break from shopping to give to those in need. Last year, $177 million was raised online through 1.64 million gifts. The Book Industry Charitable Foundation, which in recent weeks came to the aid of booksellers affected by hurricanes and wildfires, is among the nonprofits that participate in Giving Tuesday.

This pilot year for Museum Store Sunday is about introducing the idea to the public, said Hata, who hopes to persuade shoppers who stroll their festive Main Streets on Small Business Saturday to visit their local cultural institutions on Sunday.

“It’s not only shopping in the museum store, it’s actually visiting the museum to get away from the crazy, hectic world of the malls,” he said.