In the following excerpt from the updated trade paperback edition of My Bookstore: Writers Celebrate Their Favorite Places to Browse, Read, and Shop (Black Dog and Leventhal, April 11), bestselling author Kristin Harmel pays tribute to her hometown bookstore, Writer’s Block Bookstore in Winter Park, Florida. Watch for more excerpts from My Bookstore in the coming weeks.

When someone mentions Orlando, perhaps you think first of Walt Disney World or maybe, if you’re a big reader, of Universal Studios Florida and its much-touted Wizarding World of Harry Potter. And that’s okay; our theme parks are a huge draw. Many visitors to Central Florida never make it past the tourist district, which sits south of downtown Orlando. In fact, I’ve run into people in my travels who think that the sprawling Disney complex actually is downtown Orlando.

That’s okay, too; there are worse things in the world than having people believe I live in a fairy-tale land ruled by an iconic mouse. But there’s so much more to Central Florida, where a population approaching 2.5 million puts us among the 20 largest metro areas in the United States. We’re not just a tourist destination; we’re a large and thriving community with roots that grow deeper by the year.

I’ve lived in Central Florida since 2002, the year before I wrote my first novel — but it wasn’t until a tiny independent bookstore opened in November 2014 in the Orlando suburb of Winter Park that I truly felt that Central Florida was a place where I belonged.

You see, although I’m many things — a mother, a daughter, a sister, a wife, a friend, and an aficionado of good food, good wine, good music, and good stories — I am, at my core, someone who delights in painting with words. I write because I have to, because when I don’t, I feel as if I’m losing my sense of self. And until recently, I felt a bit like a fish out of water in a place where literature didn’t necessarily seem to be celebrated. Having lived in Paris during a portion of my twenties, I’d grown accustomed to a city that respected and toasted its writers. Most places in the world aren’t like that. 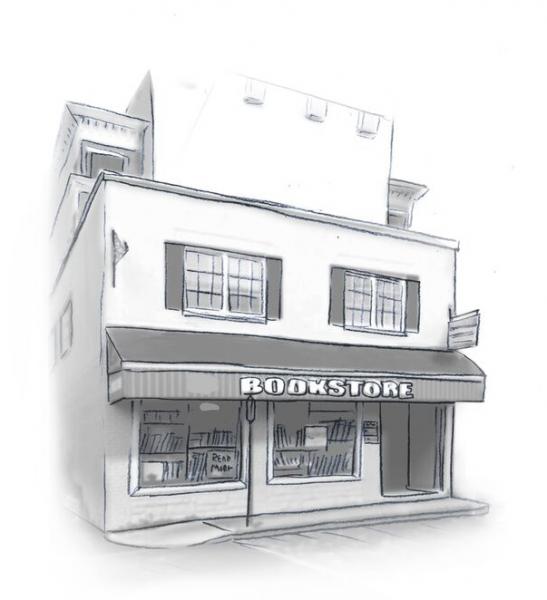 But then Writer’s Block — founded by bibliophile Lauren Zimmerman — opened its doors, and my world shifted on its axis ever so subtly. This, I thought the first time I walked through the shop’s doors. This is where I belong.

The best bookstores have a funny way of making us feel that way, don’t they? Whether you write or not, there’s a certain tangible sense of home when you enter a lovingly tended independent bookstore. The smell of the pages. The colorful zigzag of spines along the shelves. The allure of a carefully curated collection of books. It’s all a bit magical.

The stories that take center stage in the windows and on the front tables are there because someone loves them, so discovering an author in an indie store is a bit like connecting with a new friend. And that’s just the kind of thing that feels possible at Writer’s Block, where comfy red armchairs dot the room, and candles, curios, and greeting cards share shelf space with a wide variety of books. The store hosts plenty of signings and parties, too, so it’s not just a place to buy books, but also a place to find one’s community among the shelves.

It’s a place to find oneself, too. In a region bustling with exuberant creative types and the wonderful kind of artistic energy that comes with them, Writer’s Block provides an unexpected oasis to soak in the quiet while surrounded by millions of words. It’s a place to come when you need the world to slow down, just for a minute.

On a recent evening, I was badly in need of something to recharge my creative battery. I’m a new mom, and to call myself sleep-deprived would be a massive understatement. Some days, it’s difficult to summon the mental energy to even turn on my computer, never mind to write. If I still lived in Paris, I would have strolled along the Seine from my apartment near the Eiffel Tower to the legendary Shakespeare and Company, perhaps the most famous indie bookstore in the world, to find my way back to creative inspiration. I might even have stopped for a restorative glass of wine along the way. Alas, I was far across the Atlantic.

But of course there was Writer’s Block, a mere 25-minute drive from my house, so off I went, past the designer boutiques and award-winning restaurants of Winter Park’s tony Park Avenue district, where the bookstore sits. Like Paris’s Shakespeare and Company, which inhabits a multimillion-dollar address, Writer’s Block defies logic, occupying a piece of real estate in a neighborhood overflowing with millionaires, fashionistas, and socialites. Yet just like Shakespeare and Company, it’s a place where you’d feel entirely comfortable slouching through the door in flip-flops and jeans. It’s a place where social differences melt away.

With the sun dipping low in the sky, I walked into Writer’s Block and immediately felt renewed. It might have been the glass of wine Lauren handed me with a knowing look. It might have been the surprisingly robust and varied crowd of book lovers searching for their weekend reads. It might have been the distinctively delicious new-book scent, inky with a faint almond edge, or it might have been the feeling of being surrounded by walls and walls of beautiful words. I think perhaps it was all of those things, the unique sense of enchantment that only an independent bookstore can evoke. I breathed in deeply and smiled. Already, I was myself again.

Already, I was ready to write.

Yes indeed, I thought. This. This is where I belong.

KRISTIN HARMEL is the international best-selling author of The Sweetness of Forgetting, The Life Intended, and When We Meet Again, along with several other novels. Her work has been featured in People, Woman’s Day, Men’s Health, Runner’s World, and Ladies’ Home Journal, among many other media outlets. She lives in Orlando, Florida.

From the book MY BOOKSTORE: WRITERS CELEBRATE THEIR FAVORITE PLACES TO BROWSE, READ AND SHOP, edited by Ron Rice and Booksellers Across North America. Copyright 2017 by Hachette Book Group, Inc. Reprinted by Permission of Black Dog & Leventhal, an imprint of Hachette Books, New York, NY. All rights reserved.