Copperfield’s Books’ Napa branch and Napa Bookmine are on the mend after an earthquake rocked both stores and sent hundreds of books tumbling to their floors. Napa, California, was just five miles from the epicenter of the magnitude 6.0 earthquake in the early morning hours of Sunday, August 24. 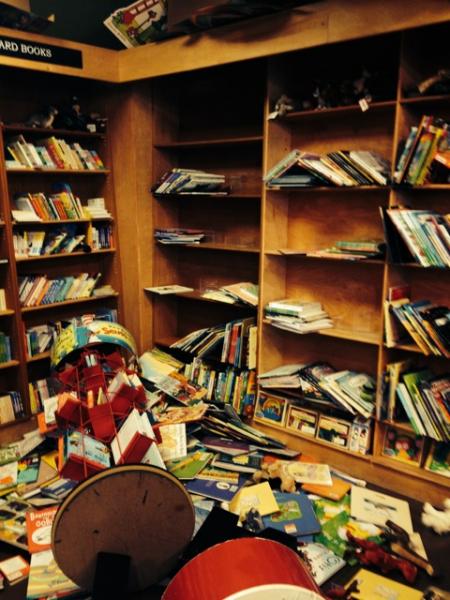 At its Napa branch, Copperfield’s Books, which has seven locations throughout northern California, lost a significant number of books to the quake. “About 70 percent of our stock was on the floor,” said store manager Lindsay McConnel. Hundreds of books fell off the shelves, the calendar and card racks tipped over, and candles and mugs were broken.

While the fallen books didn’t suffer extensive damage as they crashed to the floor, many were lost as liquids seeped through the floor from broken products at the grocery store next door. Staff members also reported broken items at their homes, but all of the store’s booksellers are well, said McConnel. 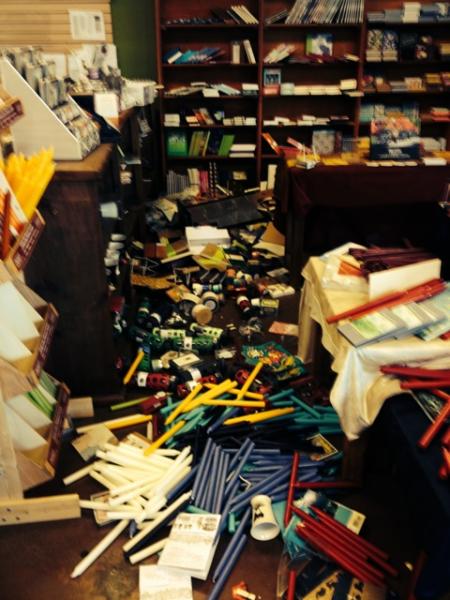 The store was closed on Sunday for cleanup, a process expedited by the assistance of managers from other Copperfield’s locations. “We got a lot of help from within the company,” said McConnel.

On Monday, Copperfield’s Napa reopened for business. “The books are back on the shelves, but we’re probably going to find stuff in weird places for now,” McConnel said.  “We’re open but probably won’t be back to normal for a while.” 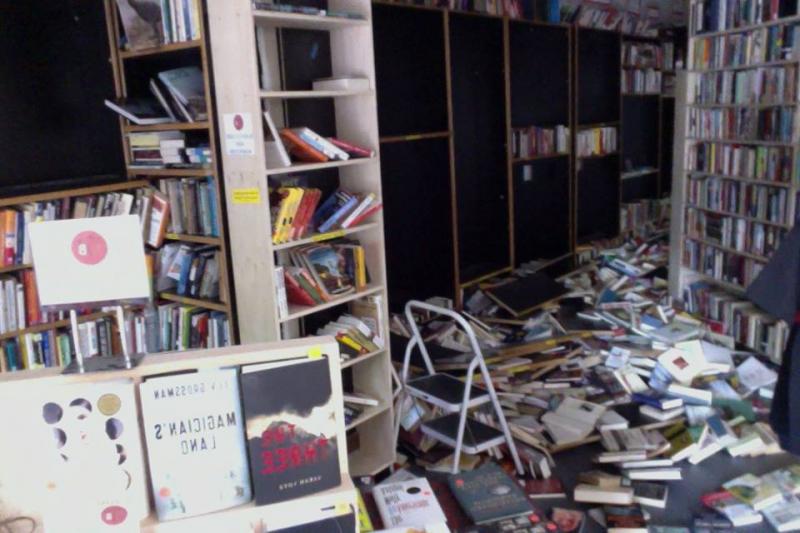 Between family, friends, customers, and staff members, a dozen people showed up to help Napa Bookmine re-shelve books on Sunday. Before picking up, they shared a video on Facebook showing the disarray.

The store reopened on Monday, ready to welcome customers. “It was very organized before. A lot of these sections are not in alphabetical order at the moment. But everybody will understand,” said Chamblin.

Other than some new titles that have been relegated to the used bin and some older books that split down the spine, the store did not see significant losses. However, some staff members did have substantial damage to items in their homes, said Chamblin. “If you live downtown, it was not good. Nobody was hurt, but there is definitely lots of broken glass.”

Chamblin was out of town at the time of the earthquake and drove straight to the store with her husband to check on it as soon as she heard the news. “It was definitely shocking, but it was nothing compared to many other businesses and homes,” she said. “We just had to pick up some books. Other people really had a lot of their inventory gone. We really didn’t lose much.”