The American Booksellers Association’s website now features a new Pre-Order Calendar, where booksellers can view a list of suggested titles with good pre-order potential, specifically books with added value to entice customers to order from their local indie. 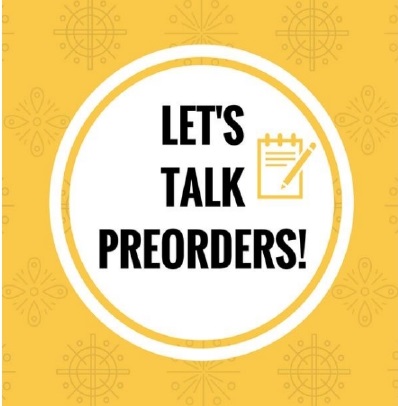 The new calendar, which will be updated on a regular basis, shows booksellers the selected books’ publication dates (the earliest in January 2019) and details for ordering from publishers (booksellers should note order deadlines).

When available, titles on the calendar will also link to a page with publishers’ downloadable digital marketing assets, occasionally including special ads created by ABA that detail the offer for customers. This title list is also available as a downloadable Excel spreadsheet.

In addition to pre-order ads for specific books, ABA has created “Keep It Local” pre-order shelf-talkers, which booksellers can use for their websites and newsletters or print out and use in their stores.

Every bookstore has the ability to take pre-orders, either in-store or online, granted they have e-commerce capabilities. Here, booksellers can find a cheat sheet for reporting pre-orders to six types of POS systems, which was handed out at ABA’s “Maximizing Pre-Order Campaigns” session at the fall shows, as well as the PowerPoint presentation that details how to manage pre-orders.

Initially, ABA’s new pre-order calendar will focus mainly on titles that have something of added value for the consumer, i.e., a piece of well-considered swag, or signed books, but ABA will also include last-minute major drop-ins that customers are likely to hear about in social media or on the news, such as Fear by Bob Woodward (S&S).

A few of the books that currently appear on the Pre-Order Calendar include:

Each of these books has its own added value item: Memes to Movements will offer a laptop sticker; On the Come Up offers a 10-copy signed carton including 10 pop-up CD-case-style cards as promo giveaway items; and Children of Virtue and Vengeance has a merchandising and pre-order kit available through Edelweiss.

Going forward, some titles on the calendar will also appear in a new feature on the Indie Next List flier, which is sent each month to booksellers in the Monthly Box mailings. While ABA has already chosen the titles that will be featured in the January Indie Next List flier, publisher submissions are welcome for books with pub dates in March or April, to be featured on the February Indie Next List. Publishers should send their title submissions to preorders@bookweb.org by December 10, including any digital marketing assets.

Throughout this past year, ABA has been focusing on ways that indie bookstores can take part in the growing business of pre-orders — an increasingly important way books are sold and marketed in 2018. The conversation around pre-orders gained traction early in the year following the announcement of three significant titles — Fire and Fury by Michael Wolff (Henry Holt), Last Week Tonight With John Oliver Presents A Day in the Life of Marlon Bundo (Chronicle), and Michelle Obama’s Becoming (Crown).

ABA addressed the issue this fall at the regional trade shows with a new education session for booksellers, “Maximizing Pre-Order Campaigns.” In addition, the association’s outreach to publishers over the summer resulted in a new pre-order task force consisting of 22 member bookstores, large and small, many of which had no previous experience in taking or promoting pre-orders. The group of geographically diverse stores also represented seven of the most widely used POS systems.

ABA worked with publishers to come up with seven titles for the stores to promote and record sales between July and November of 2018. All titles but one had some added value for the customer that the publishers provided, including a pin, a tote bag, a keychain, an indie channel special edition, and carton quantities of signed copies.

So far, task force stores have found that after their initial promotion, customers began to approach them about pre-ordering other titles, and, in one instance, one of the smaller task force stores got 12 pre-orders for Fear after sending out their very first pre-order e-newsletter to customers.

Booksellers who are interested in checking out the new Pre-Order Calendar can visit the Book Buyer’s Handbook for a link. To find pre-order marketing assets, booksellers can click on the Pre-Orders tab on the Marketing Assets page of BookWeb.