Once Upon a Time Marks 50th Anniversary

This year, Once Upon a Time children’s bookshop is celebrating five decades of serving the reading community of Montrose, California.

“There have been challenges, but the thing that keeps us going is that we have a reputation for putting the right book in the right hands at the right time,” said store owner Maureen Palacios. “Last year was our best year in 49 years, and we’re expecting this year to beat that.” 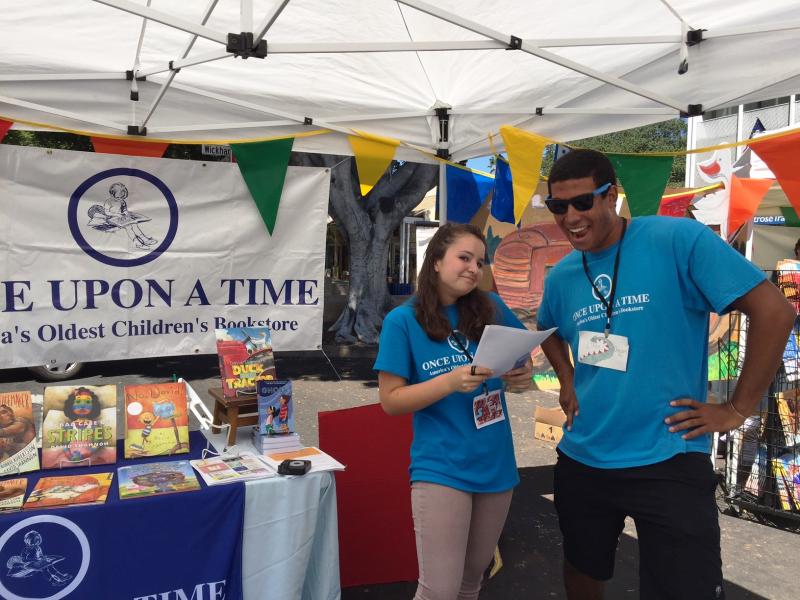 In 2003, Palacios left a 20-year career in human resources to purchase Once Upon a Time after her then nine-year-old daughter, Jessica, wrote a letter to the Glendale News Press pleading for someone to save the store. Founder Jane Humphrey, who died in October 2013, had put the store on the market after 36 years in business but received little interest from potential buyers.

Under Palacios’ leadership, Once Upon a Time has become what she describes as a “family bookstore.” In addition to the many children’s books on display in the 1,200-square-foot space, the store features a small selection of titles for adults. For more than 40 years, the Montrose mainstay has also hosted a book club for adults, who read the occasional young adult or children’s book (coming up is Orbiting Jupiter by Gary D. Schmidt, Clarion Books).

“The community really values reading and values what we’re doing, and continues to value it even with cheaper prices elsewhere,” said Palacios.

The store’s knowledgeable staff keeps Once Upon a Time in the spotlight as an excellent resource for children’s books, and their expertise is often called upon for community events. The store coordinates author visits for a number of schools and libraries each year and partners with the library for regular One City, One Book reads.

“It’s about continually offering advice, because that’s really what we do,” said Palacios. “When we say we hand-sell, we’re really consulting, asking questions, trying to determine the best books for readers...and hopefully they’ll buy from you. That is the key now: Find it here. Buy it here. Keep us here.” 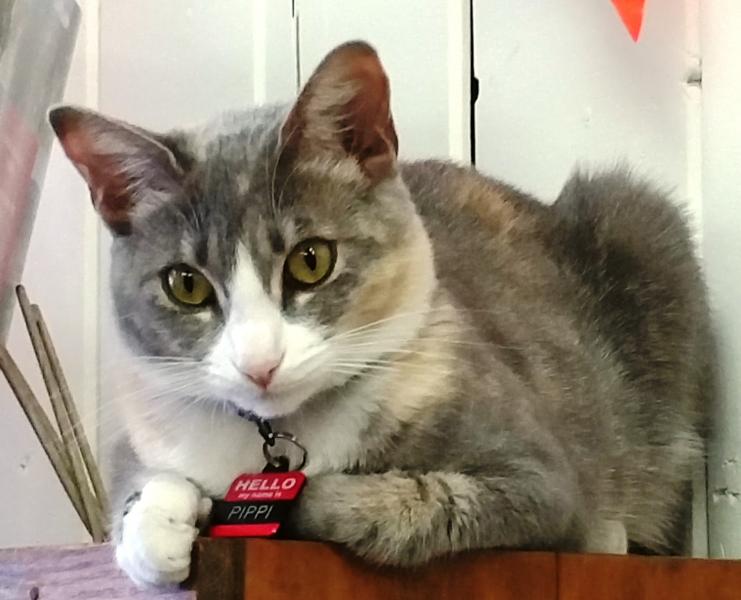 Over its many years of service to the community, Once Upon a Time has been recognized for its outstanding work. Earlier this year, the store was named Small Business of the Year by California Senator Carol Liu. In 2015, it won the Women’s National Book Association’s Pannell Award for best children’s bookstore and in 2016 it was again nominated for the Pannell. In 2014, Once Upon a Time was one of 81 indie bookstores to receive a grant from author James Patterson as part of his $1 million Saving Bookstores, Saving Lives campaign.

Palacios is now thinking about some of the challenges the store will face in the coming years, including the rising minimum wage in California. While she has always enjoyed employing teenagers and sends them off to college with a small scholarship when they graduate high school, she may have to reconsider hiring them in the future. “I don’t know if I’m going to have to change the way my business is run — hiring experienced booksellers versus kids you have to train,” she said.

Palacios is also thinking of marketing the store’s particular expertise in children’s books to offer consulting services to authors and others who want to better understand how children’s books are bought and sold at the store. “At least every week, people come in and want our information,” she said. “It is something that we will be monetizing in the future.” 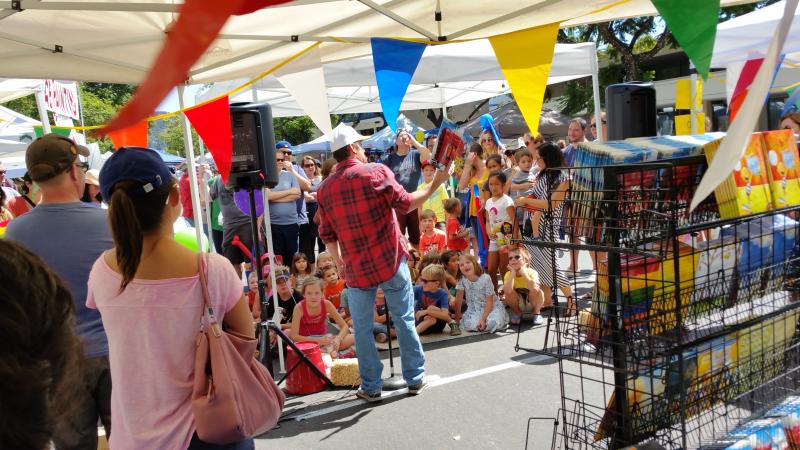 Author David Shannon at Once Upon a Time's 50th anniversary celebration

For now, Palacios and the Once Upon a Time staff are celebrating 50 years well done. An anniversary event last month featured David Shannon, author of Duck on a Tractor (Blue Sky Press/Scholastic, September), and five sheet cakes. “We were very excited to get David,” said Palacios, as he had visited the store a number of times before and the staff knew he’d be a wonderful addition to the party.

Because so many people were expected for the celebration, staff decided to host the party during the farmers’ market, where Once Upon a Time sets up a regular pop-up story time tent.

About 150 people attended, despite the oppressive temperature and the absence of the red tractor that was supposed to be at the event. While the real-life tractor was stuck in mud on a farm, its owner quickly painted a mural of the tractor to use in its place. “We had a blast,” said Palacios. “We had books, cake, and heat in abundance. It was lots of fun.”