The owners of Bank Square Books in Mystic, Connecticut, are on track to open a second store in late summer in nearby Westerly, Rhode Island.

Annie Philbrick and Patience Banister will open the Savoy Bookshop & Café under an agreement with area developers Chuck Royce and Dan King of 10 Canal, LLC, which owns the historic hotel where the new store will be located. After the town’s only independent bookstore, Other Tiger, closed in April 2014, Royce and King offered to build another bookshop and to cover start-up costs for the business if Bank Square agreed to run it.

“Chuck Royce said, when he first talked to me about this, ‘I just can’t imagine a town without a bookstore or a library,’” Philbrick said.

“I really feel strongly that the vibe of the Mystic store be part of the new store as well,” she added. “It will be a different store, but I just want the feeling and the friendliness of Bank Square Books to be translated over to Westerly.” 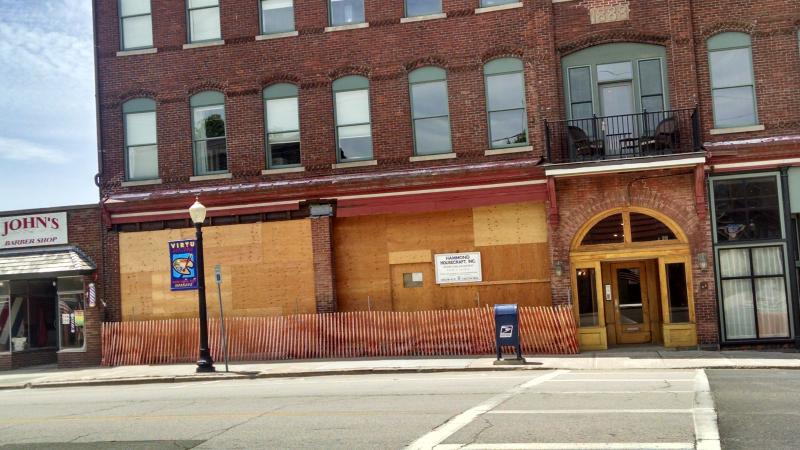 Although the previously projected opening date for the Savoy Bookshop & Café was this spring, Philbrick said, plans have shifted to late August or September, since the store’s shelving and cabinetry is still being built at two woodshops offsite.

Along with wooden décor and custom shelving, the former home of Westerly’s Savoy Hotel will also feature wooden floors and open brick walls. Once completed, the new 2,500-square-foot, two-level store will have a 14-foot bar offering coffee and baked goods, which will be leased to a local couple who run the café at the Westerly YMCA.

“The architect [for the project] is really, really cognizant of maintaining the historical aspect of the building, so in that sense, it will almost feel like the old hotel,” Philbrick said. During construction, workers even discovered some small hexagonal tiles in the old vestibule, which will be reproduced and used in the store’s interior.

Interesting architectural features will also be incorporated into the first-floor children’s section, including whimsical “fairy houses” or miniature rooms, built into the baseboards so kids can peek into them, and a secret room built with half-height walls and featuring a custom mural. 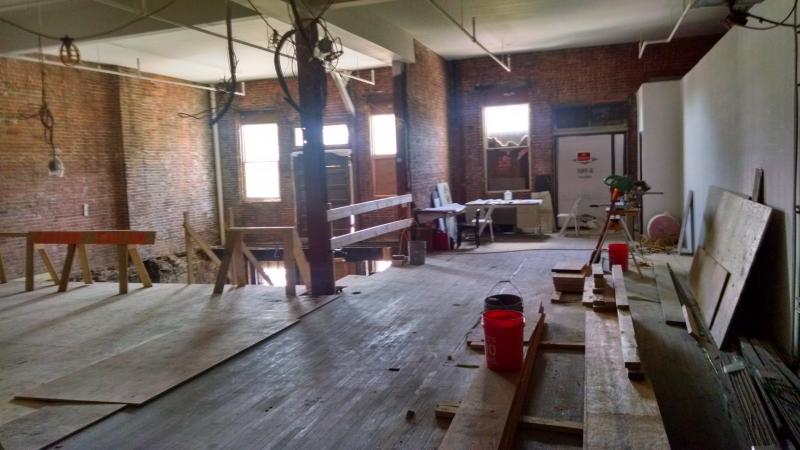 Philbrick and Banister are equal partners in Mystic Books Inc., which owns Bank Square Books and Savoy Bookshop & Café; although Banister retired last week from bookstore work, she will maintain her ownership in both stores.

Of the agreement with Royce and King for the Savoy Bookshop, Philbrick said, “Basically it will be our business with no expense to us in the start up. Rent will be minimal. They just really believe that a town needs a bookstore.”

Westerly has a slightly different demographic from Mystic, in that people who summer there tend to stay for the entire season, whereas downtown Mystic has more tourists who come to town on weekends to stroll, shop, and visit the seaport.

“I think because we have known some of the customers who are coming into the Westerly store, we already have an idea of what they buy and what they want,” Philbrick said. “They’ve been coming to the Mystic store because Other Tiger hasn’t been in business, so it seems people have really been looking for this. They miss having a bookstore.”

Philbrick said she has already worked out some ideas to engage the Westerly community, which is just six miles away from Mystic. These include a number of local partnerships: with the Westerly Public Library, which will host weekend author events, this month featuring Nelson DeMille; Royce and King’s Ocean House Hotel in Watch Hill; and the Westerly YMCA, which boasts a 10,000-person e-mail list.

“We’ll also probably do some kind of promotion when we get close to opening, maybe some raffles and some soft launches and an opening party,” Philbrick said, adding that local news outlets, like the New London Day and the Westerly Sun, have expressed interest in giving the store future coverage. Philbrick also recently hired the Westerly Sun’s Sun Graphics to adapt Bank Square’s website so that it accommodates both stores.

In terms of staffing the Savoy, Philbrick said she has accumulated about a dozen resumes, including several from booksellers and librarians, and has already made some hires, including a new event director, Elissa Englund, who will work at both stores and replace outgoing events director John Francisconi.

“The excitement is building,” Philbrick said. “It’s just really fun to hear that excitement from people about opening up a physical independent bookstore. We’re extremely lucky to have the financial backing, but I think if [booksellers] have the passion in their heart and soul in it, [opening a store] is a great thing to do.”