Paulina Springs Books recently seized an opportunity to remodel the interior of its Sisters, Oregon, store. The business, which has a second location in the city of Redmond, is owned by Brad Smith. 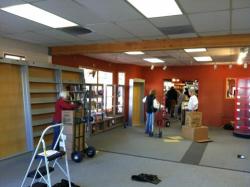 “We really needed new floors,” said Smith, as the store’s carpeting had not been replaced since the building’s construction in 1992. As he planned work on the floors, Smith saw an opportunity “to look at doing lots of things differently.” In addition to the new carpeting and vinyl floors, painted surfaces were touched up to cover wear-and-tear and a variety of new fixtures were brought in to create a more open, welcoming bookstore.

The staff of Paulina Springs helped immensely, praised Smith, who hired just a few contractors to help with the floors and some of the heavy lifting. “The staff did it all,” he said. “Everybody just worked long hours — and it was pretty fun.”

Before commencing the project, the Sisters store held renovation sales to decrease inventory. To empty the middle and back rooms of the three-room, 3,500-square-foot store so that flooring could be laid during the first week of February, Paulina Springs’ staff wheeled fixtures and hand trucks of merchandise down the block to a neighboring business, The Hen’s Tooth, which generously housed the inventory while the remodel took place.

The store shut its doors for four days to get the bulk of the work done, but Smith said that he and the staff found ways to keep customers happy. “We set things up so that people could still get newspapers and special orders,” he said. But as soon as the floor was laid and it was time to move the inventory back in from The Hen’s Tooth, “it started dumping snow,” more than three feet of the stuff. “That was kind of a fun wrinkle — it added a challenge.” 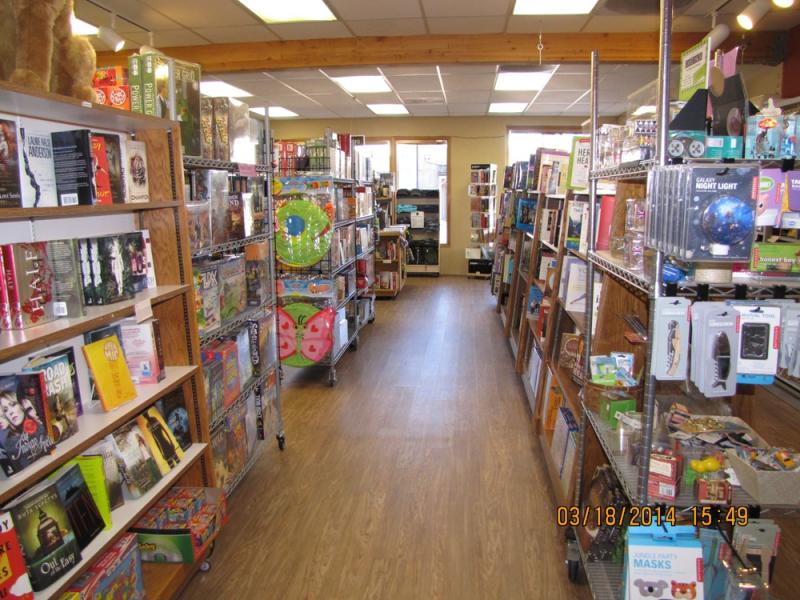 Redoing the floors, touching up the paint, and getting new fixtures set up was an opportunity “to change the look of the store,” said Smith. As the staff moved the inventory back into the store, “we really, completely changed around the layout.”

Children’s books, toys, and games are now spread out in all three rooms, and adult fiction is housed in the back room and nonfiction in the middle area. The store is also testing out shelving juvenile nonfiction titles, which Smith said can be hard to properly display due to the mix in sizes of books, alongside adult books on the same topics. “I feel pretty strongly that we should see some good gains from it this summer,” he said. The new fixtures acquired from Auntie’s Bookstore in Spokane, which was closing down a satellite branch, give the bookshelves and island tables a more cohesive look— and the store more space. 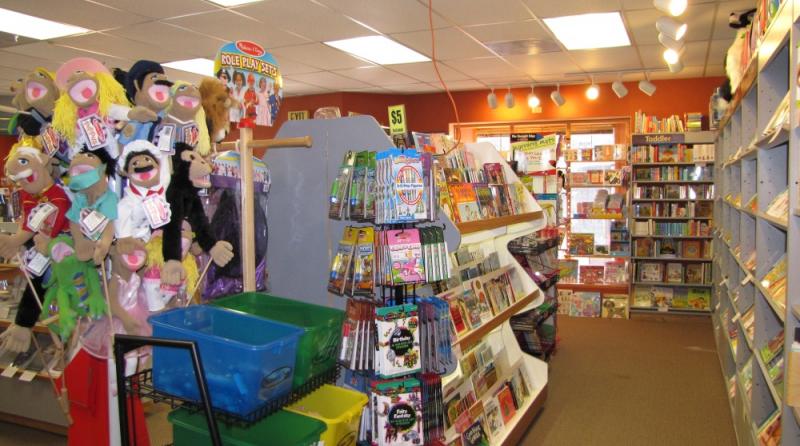 The response from customers so far has been encouraging, said Smith. As the store rebuilds its inventory, there will be some additional fine-tuning to the toys and books, but the store is 99 percent done, he said, and the customers are responding well. “Definitely, the vast majority of the feedback is positive,” said Smith.