Phoenix, Arizona’s award-winning Adaptive Reuse Program, which began as a pilot program in April 2008, eases the financial burden on developers and small businesses that are interested in renovating buildings built prior to 2000 for new uses.

Considered one of the most comprehensive adaptive reuse programs of its kind in the country, the Phoenix program has served as a model for initiatives in other cities, including Los Angeles and Dallas. These cities have realized the positive consequences of adaptive reuse. For example, having a greater number of older buildings in a neighborhood has been shown to lead to more businesses per block and higher employment rates. Adapting existing buildings for new uses is also a good way to preserve a city’s history and cultural character, while also contributing to local economic strength and engendering more walkable neighborhoods. One of the first beneficiaries of Phoenix’s adaptive reuse program was Changing Hands Bookstore, which opened its second location in the first building renovated under the program.

Local First Arizona founder and executive director Kimber Lanning, the owner of an independent record shop in Phoenix, was an early advocate of the city’s adaptive reuse program, an initiative cited as a positive example of localism at work by Stacy Mitchell, co-director of the Institute for Local Self-Reliance, at this past May’s BookExpo America. 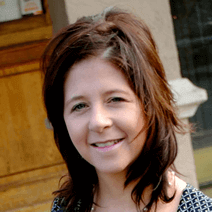 Lanning recently told Bookselling This Week that in the 1990s, when more and more people began moving to the Phoenix area, city government developed policies that fostered a culture favoring shopping malls and new developments and any new construction. “[The process] didn’t take a lot of time — it was just something to rubberstamp. You didn’t have to think outside the box; you just marched everybody through the process,” she said.

And while these policies helped the city bring in more permitting and building fees, there were unintended consequences. From Lanning’s perspective, “the city developed a culture of disdain for the independent entrepreneur who was just trying to save old, blighted buildings.”

In 2008, after Lanning began raising questions with public officials, Phoenix’s mayor appointed her to the city’s Development Advisory Board, which is comprised of architects, developers, and small business owners. Lanning, who has served as vice chair of the board, helped establish the adaptive reuse program, an initiative to provide financial incentives for developers and small business owners who are interested in renovating and repurposing existing buildings but are finding it difficult to comply with current building codes and standards.

The program’s incentives come by way of credits from the city that can be put towards a renovation project’s commercial plan review and permit fees. As a result, developers are able to realize significant cost savings and enjoy a streamlined and reduced timeframe for the permitting process and project review.

“With Phoenix’s adaptive reuse program, the city sets money aside to cover the cost for things like architectural fees and permitting fees and additional funding if you have to go for a variance,” Lanning said. “The city is not as worried about balancing its budget, and it makes these renovation projects more attainable for small business owners.” 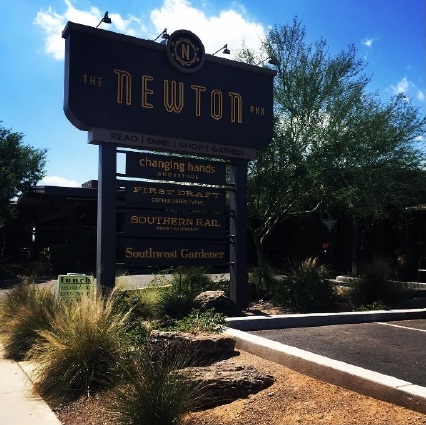 Over the last eight years, the board successfully advocated for the merger of the city’s Planning Department and Development Services Department, and for the creation of the Office of Customer Advocacy, whose staff works to determine an adaptive reuse project’s qualifications and assists applicants as they work through the development process.

The adaptive reuse program does not hinder big box development, Lanning explained. It merely makes it harder to tear down old buildings in order to build big box stores.

“We’ve been able to change the culture at city hall,” she said. “Now they recognize the connection between having a 24/7 vibrant downtown, which is what everybody wanted, and the building inspectors who are out there deciding what can be built.”

Projects that are eligible for the adaptive reuse program include existing buildings of up to 100,000 square feet constructed prior to 2000. Buildings are broken down into three tiers based on square footage with corresponding levels of financial and regulatory relief. The program dictates that no more than $7,000 in credits per eligible project may be applied to commercial plan review and permit fees.

Some of the policies administered through the program include giving priority to adaptive reuse projects when processing historical preservation zoning applications and extending the timeframe to correct code violations to business owners who meet specific criteria set by the city’s Neighborhood Services Department.

The Office of Customer Advocacy will also provide applicants for adaptive reuse projects with references to local and out-of-state organizations that promote sustainability efforts, like the Arizona Solar Center and the Vermont-based consulting company BuildingGreen, and will allow property owners to request concurrent reviews of site, civil, and building plans to keep projects moving even as actions such as use permit or variance requests are pending before the Zoning Board. Other policies have to do with specific building requirements, like water, fixtures, and parking.

Lanning said the city’s Development Advisory Board initially started small, dealing only with building projects less than 1,200 square feet located in the downtown core of the city. The first 12 businesses the board put through the new program were saved an average of 4.5 months of work time and $16,000 in fees.

“The four-and-a-half month savings is a huge amount for a small business,” Lanning said.

The Newton, which is home to Changing Hands’ second location, is a refurbished mid-century building that reopened for business in 2014. The building also houses two other independent businesses — a restaurant and a garden store.

Cindy Dach, the bookstore’s co-owner with Gayle Shanks and Bob Sommer, said the 18,000-square-foot Newton building had previously housed a Beef Eaters Steakhouse, a restaurant and events hall that had been vacant since 2005 and was the site of homeless encampments.

In 2012, local development company Venue Projects, which had originally bought the one-story building for demolition, invited Changing Hands to open a store there. Now, the bookstore co-owns the building with Venue Projects and Southern Rail Restaurant and serves as the building’s anchor tenant. The Newton also has meeting and event spaces that the public can rent and Changing Hands' First Draft Book Bar and Southern Rail offer catering services.

Dach, who has known Lanning for many years, said she has been personally involved with downtown development in Phoenix since moving to the area in 1995, when she and her husband took a deteriorating older building and turned it into an arts space.

“When I moved to Phoenix, everything was being bulldozed constantly,” said Dach. “The city had a very low fee as a penalty for demolition versus what it would have cost to save the building.”

The city’s development culture has changed since the 1990s, but, she cautioned, the success of adaptive reuse in Phoenix has been incremental.

“We call this our 20-year overnight success. We’ve been doing this for 20 years and it’s all finally happening,” Dach said.

Dach advised small business owners or developers interested in refurbishing an old building in their city for new use to start by visiting their local historic preservation society. She also recommended setting up one-on-one meetings with individual members of the local city council.