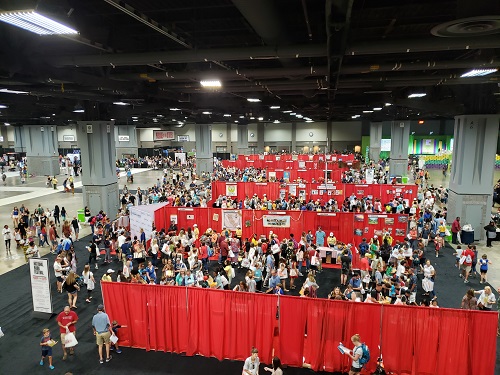 This year’s daylong event at the Walter E. Washington Convention Center featured presentations, panel discussions, family-friendly activities, and meet-and-greets. ABA Board Vice President Bradley Graham, who co-owns Politics & Prose with his wife, Lissa Muscatine, said P&P sold close to 17,000 of the more than 22,000 books they brought to sell at P&P’s pop-up store, which offered titles from the more than 100 featured authors, poets, and illustrators and was operated by 70-plus Politics & Prose staff members, along with publisher reps, local volunteers, and staff members from ABA and Ingram. 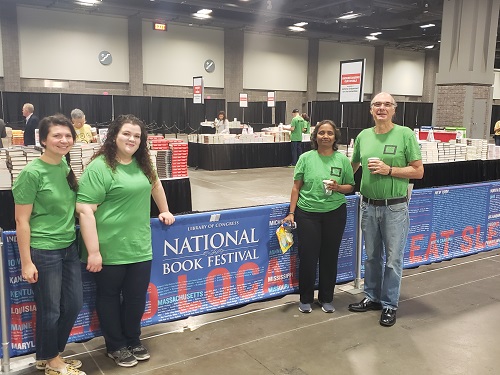 “It was another great festival, with crowds seemingly larger than ever before. The Library of Congress doesn’t do an official count, so hard to say exactly how many attended. But as in years past, those who attended, whether young, old, or in-between, showed infectious enthusiasm for the books, authors, and events that were offered,” said Graham. 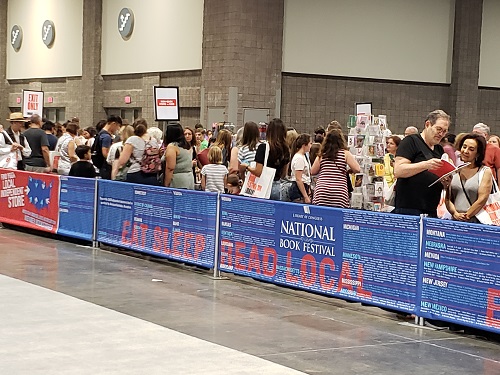 As in prior years, ABA created a custom banner for Politics & Prose's sales area that lists more than 2,500 member stores.
Along with ABA CEO Oren Teicher, three staff members from the American Booksellers Association were on hand to help P&P manage some of the display tables: IndieCommerce Specialist Ryan Quinn, IndieCommerce Senior Manager Geetha Nathan, and Membership Assistant Kate Brennan.
“It was my first time and I wasn’t sure what to expect, but I was pleasantly surprised to see the huge turnout,” Nathan told BTW. “It was especially heartwarming to see young kids excited about their favorite author’s books, rushing to get on line to have them signed and to get their pictures taken with the author.” 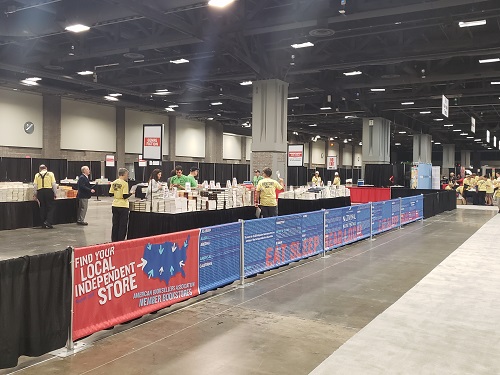 Politics & Prose staff and volunteers prepare for a busy sales day.
As it has for the past five years, ABA once again partnered with P&P by designing and helping to pay for the custom banners (which replaced the wallpaper format used in years past) that were put up around the book sales area, which listed the more than 2,500 member stores of ABA by city and state.
The sales area featured five 10-foot by 3-foot, pipe-and-drape-style banners that extended 50 feet on either side of one of the store entrances, and shoppers were given a flyer with the same design at checkout. 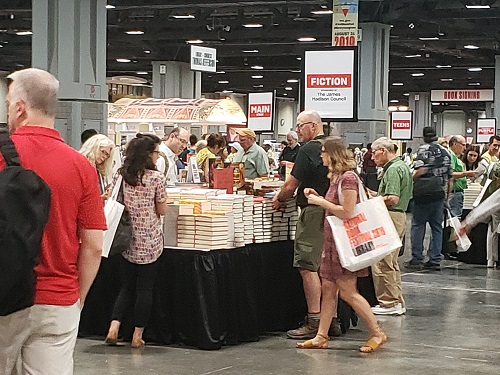 Customers came in droves to browse the offerings on the sales floor.
Politics & Prose became the first independent bookstore to serve as the event’s official bookseller in 2014. The Library of Congress had previously worked with Borders and Barnes & Noble to sell titles by the festival’s authors, but P&P has done so every year since.
Categories:
Industry News
Events
About Bookstores
About ABA
Search posts