Protesters Attempt to Shut Down Author Event at Green Apple

On Monday, February 19, protesters in San Francisco attempted to shut down an author appearance at Green Apple Books. 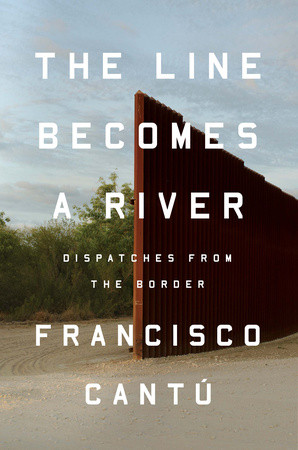 The protesters, who did not engage in any violence against the author or the store, nonetheless demanded that the bookstore cancel the scheduled in-store appearance of Francisco Cantú, a former Border Patrol officer who is promoting his debut memoir, The Line Becomes A River: Dispatches From the Border (Riverhead Books). The book, which booksellers named the number-one February Indie Next List Pick, addresses Cantú’s involvement in the violence perpetuated against immigrants along the Mexico-United States border.

The organizers of the protest stated in a flier that Cantú worked for a “racist organization that has facilitated the deaths of over 7,000 people and the disappearance of thousands more.” They contend that his book capitalizes on that “cruelty.”

“Protestors wanted us not to have him appear at all,” Pete Mulvihill, co-owner of Green Apple Books, told BTW via e-mail, “to not to give him a platform, not to humanize him.” The protesters have not demanded that the bookstore remove Cantú’s book from the shelves “to my knowledge,” he added.

Despite demands from protesters, Green Apple went ahead with the author event as scheduled, and issued a statement on the store’s website as to why: “We believe it is our role as booksellers to help facilitate … dialogue, and believe that if we cannot listen to one another’s stories and experiences respectfully, especially ones that ultimately condemn systemic racism, then we are doomed to repeat our historic failures….

“Green Apple Books has hosted, presented, and empowered the voices of many marginalized and international writers throughout the 50 years of its existence. Francisco Cantú is but one in a long line of voices in our increasingly diverse community granted space to share their experience.”

“We applaud Green Apple Books in remaining steadfast in its support of free expression,” said David Grogan, director of ABFE, Advocacy and Public Policy for ABA. “While lawful, peaceful protest is crucial to the health of any democracy, any attempt to censor the speech of others, or shut down author events and signings, no matter how much we may disagree with someone, is antithetical to the idea of diversity and the First Amendment. It is crucial, especially in these politically divisive times, to engage in dialogue rather than intimidation.”

The store did change Cantú’s event, though, in light of “disrupted events prior to ours,” Mulvihill explained. “Per the author’s request, we changed the plan to a straight signing.” The store had hired private security — “and asked the police NOT to come unless called” — and everything was peaceful and mostly civil, Mulvihill said.

About 10 minutes into the book signing, a group of 10 to 12 protesters entered the store, formed a circle, and read statements. According to Mulvihill, the author stood in the circle and listened respectfully for about half an hour. The protesters then left and the signing continued.

While protesters were unable to force Green Apple Books to cancel their event, their outcry did prompt the author to cancel his appearance at East Bay Booksellers in Oakland, according to a statement on East Bay’s website: “Out of respect for the East Bay community’s vocal opposition to his appearance, Francisco Cantú feels it will be best to cancel his signing appearance at East Bay Booksellers tonight. We regret any inconvenience this might cause. As he indicated in his public statement yesterday, Francisco acknowledges the importance of ceding space to the voices of those who are protesting his appearance, many of whom are our community’s most disenfranchised and endangered voices, and ultimately concluded the best thing he could do right now was to respect their wishes.”

Bookseller members can locate free speech resources on BookWeb, including a statement that booksellers can post in their store regarding decisions to host controversial authors.