A Q&A With Allie Brosh, Author of November’s #1 Indie Next List Pick 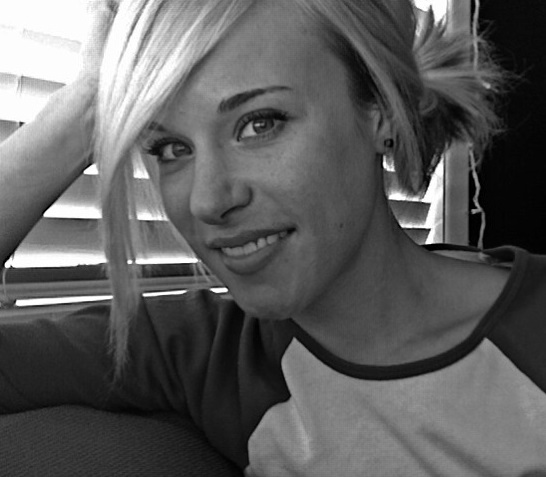 Allie Brosh is the author and illustrator of Hyperbole and a Half: Unfortunate Situations, Flawed Coping Mechanisms, Mayhem, and Other Things That Happened (Touchstone), the #1 Indie Next List Pick for November. With her humorous stories and essays about life, Brosh’s collection has gained the attention of independent booksellers nationwide for its honesty and truly unique voice.

In the words of Jocelyn Shratter from Bookshop Santa Cruz, “Brosh says the things we wish we could, admits the things we’re ashamed of, and explores what we’re afraid of, always with color and humor and, ultimately, with hope.” 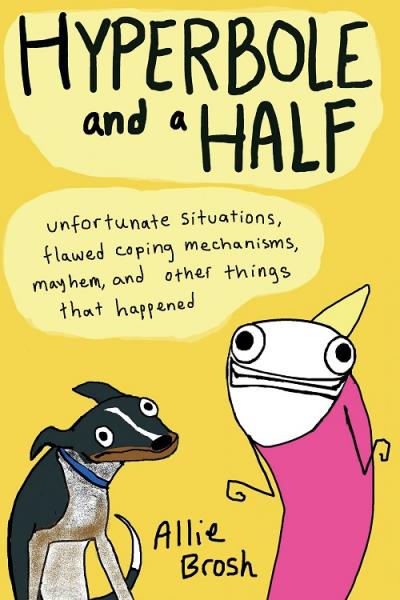 is an outgrowth of Brosh’s blog, “Hyperbole and a Half,” which started in 2009. In just four years, the popular website was named one of the Funniest Sites on the Web by PC World and was the winner of two Bloggies Awards: Most Humorous Weblog, and Best Writing.

Brosh recently spoke to Bookselling This Week about her creative process, the way she illustrates her stories, and how she achieves their unique combination of humor and seriousness.

BTW: What was your original motivation for sharing personal stories online?

Allie Brosh: I’ve always enjoyed writing comedy, and I would write mostly just to entertain myself. But at some point, it struck me that I could also attempt to entertain other people while I was at it. So I looked up how to make a blog, and started writing. I was curious whether anyone would like it.

BTW: Your audience has grown significantly, as evidenced by the blog’s 300,000 Facebook likes. Who was your intended audience when you first started?

AB: I’ve never written with any particular demographic in mind or anything, so I suppose it would be easier to pin down my audience in terms of their interests. My main audience is probably people who don’t take themselves too seriously and/or people who enjoy their seriousness with a dose of silliness.

I sometimes imagine my friends reading what I write, sort of as a test of the material. I’m like, “would Joey or Sarah laugh at this? What about Lee?” So I suppose you could say my intended audience was myself and three other people.

BTW: Though the book is first and foremost funny, there are several stories with serious or dark themes, such as battling with depression and anxiety. How did you go about articulating such complex feelings in a humorous way, without being dismissive?

AB: It took a long time to strike the right balance. I was working on [the blog post] “Depression Part Two” for the better part of a year, for example. In the end, I think the thing that made it work is that humor was genuinely a part of my coping process, and the humor in the post sort of plays the same role. It wouldn’t have worked, I don’t think, if I came at it from the perspective of, “okay, how do I make depression jokes?” To me, there are just a lot of tragically hilarious things about my thought processes when I’m depressed, so my goal was to capture that, and use it to help explain what depression feels like — every ridiculous, miserable, tragic part of it. It was the most honest way I could think of to write it.

BTW: Why did you choose a program similar to MS Paint –– which is known for its simplicity –– as a medium for your drawings?

AB: The simplicity of the drawings affords me some important comedic freedoms. It allows me to distill the most important part of a facial expression or action, and then exaggerate it unexpectedly. And even though many of my stories are about me, I still feel it is important — for comedic purposes — to maintain a certain level of detachment between the story and the storyteller. It helps make sure that nobody takes me seriously, even when I’m being sort of serious.

In a way, the way I illustrate myself is a more honest, accurate portrayal of what I am — not what I look like, but what I really, really am deep inside. It’s this absurd, silly thing that is way less dignified than it thinks it is, just like me.

BTW: In writing and drawing for this book, was there a noticeable difference in your creative process compared to writing for the web?

BTW: Do you think the content will be received differently in book form?

AB: I think it will read very similarly, but I did enjoy being able to use page breaks as a comedic timing tool.

BTW: Hyperbole and a Half seems to sit at the center of the Venn diagram of genres –– the autobiographical stories lay the groundwork, though the book’s hyperbolic nature might add some fiction. There are serious themes paired with amusing comic drawings. And above all, the book is laced with humor. What genre do you consider it to fall under?

AB: Is there a genre called “Illustrated Psychoanalytical Adventure Comedy?”

BTW: Next time you walk into a bookstore where do you expect to see your book shelved?

AB: Well, my first choice would be under Illustrated Psychoanalytical Adventure Comedy, but I suppose I’ll settle for Humor or Humorous Nonfiction.