A Q&A With Bryan Washington, Author of November’s #1 Indie Next List Pick

Independent booksellers across the country have chosen Memorial by Bryan Washington (Riverhead) as their top pick for the November 2020 Indie Next List. 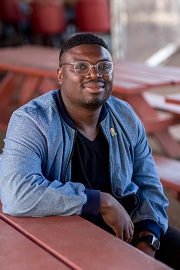 When Mike discovers his father is dying in Osaka, he flies across the world to say goodbye just as his mother, Mitsuko, arrives in Texas for a visit. While Mike cares for his father in Japan, Benson, Mike’s boyfriend, is forced into an unconventional roommate situation with Mike’s mother. What follows is a story of family, love, and becoming who you’re supposed to be.

“Reading Memorial is like sitting down with a dear friend, asking ‘What’s going on with you?’ and settling in for much-needed catch-up on life, love, heartache, and family,” said Colleen Ellis of Lark and Owl Booksellers in Georgetown, Texas. “Washington’s writing is so intimate and direct that you feel the exhilaration, frustration, and uncertainty that Benson and Mike feel about their relationships, both with one another and with their families, which inspires a heart-felt connection to these characters that is hard to find in the world during socially distant times.”

Here, Bookselling This Week talks with Washington about how he crafted his novel.

Bryan Washington: It was originally a short story, and it was originally six pages. I was in the middle of writing something else that wasn’t quite working, but I kept returning to the idea of these characters and the scenario in which they were placed — this notion of a book about trying to be okay, but didn’t necessarily come to any conclusions. So, after friends encouraged me, my agent encouraged me, and my editor encouraged me, I really sat down and started trying to make it work, largely because I wanted to see what it would look like.

BTW: What was expanding it into a novel like?

BW: It was fairly arduous. I wrote it with the understanding that the novel is three parts, and as a whole, each part is independent. I wrote the first part and then I immediately started the second, and then I edited the first in tandem with the second, and then I wrote the third part, and I immediately went back and edited the first in tandem with the second in tandem with the third. That would’ve constituted an “edit” for me, and the novel went through about 11 of those edits, between just myself, myself and my agent, and myself and my editor. It was certainly a process, but it was necessary for me to have an understanding of the world, how each of the characters saw themselves in that world, and how they ultimately chose to navigate it. 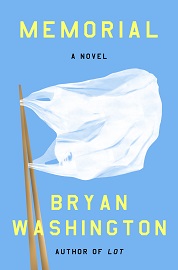 BTW: This book revolves around the relationship between Benson and Mike. How did you craft their characters? Their dynamic?

BW: A lot of it was through just the drafting process. I plotted out each of their respective arcs; I wanted to get a good sense of who they saw themselves as, how they thought they were seen, and who they ultimately wanted to become. A lot of figuring that out was writing scene after scene after scene after scene. Most of those scenes, honestly, didn’t make it into the book, but they were necessary for me in order to have an understanding of how they would be on the page. I was trying to give them as much humanity and as much of the benefit of the doubt as possible.

BTW: What made you choose Houston as the book’s setting?

BW: I’m pretty taken by Houston — it’s a city that’s so rife with narrative, just by way of its diversity but also the fact that you have so many different people from so many different places that have found a way to make it work with one another, which is a really rare thing anywhere, let alone in the States. It’s a thing I’m always keen to write about. A lot of my concerns stem from this idea of community and found family and the forms they can take. It’s always gratifying to get to write about it.

BTW: After Benson asks Mike’s mother, Mitsuko, for another story, she tells him, “Stories are heirlooms.” Do you feel this way?

BW: I actually do feel that way about stories — you know, sharing a story is sharing a part of yourself with someone. And we’re constantly negotiating the question of how much we’ll share about ourselves with the folks around us, whether they’re romantic partners or platonic relationships. This idea of sharing a narrative or a story with someone, and certainly a story that you hold dear, is an act of trust in a lot of ways because by way of telling it you’re hoping it will be heard. And perhaps there’s a way you’re hoping it will be heard. I do think stories in their own way are gems, irrespective of whether they’re massively instrumental as far as our respective arcs and who we ultimately are. You’re just kind of hoping that you’ll be heard with as little interference as possible, and people will see what you’re trying to say.

BTW: This book focuses on both Mike and Benson’s experiences with their sexualities. In his section, Mike mentions something that Benson called a “tiny earthquake” — a moment when someone says something about their gayness that they weren’t expecting at all. Can you talk more about this?

BW: A major preoccupation for me as far as narrative is concerned is the creases in between relationships, and the crevices between the major event that makes you realize the relationship. I knew that I wanted to write a love story, but I didn’t want it to be a narrative of highlights, so to speak. Even if those highlights do occur, I don’t know that necessarily means a character would recognize them as a major moment in the moment it’s occurring. I feel like we as people will be in the midst of something and a week later, a few months later, even a year later, we’ll realize it’s pivotal as far as who we are at any given moment. Really trying to see if an accumulation of tiny moments could create a novel was important to me, and writing the book was, in a lot of ways, an experiment.

BTW: This book is also full of incredible food descriptions and scenes devoted entirely to cooking. These scenes are an opportunity for characters to connect, to argue, to share awkwardness. Why bring food into focus?

BW: For Memorial, I was thinking about cooking and sharing a meal as a means of communication, and perhaps as a way to fill in some of the gaps when dialogue doesn’t suffice or can’t suffice or won’t suffice. It was also important to me that each character have a cooking arc so to speak, a language they were trying to condense into the meals they were creating or the meals they were sharing. And I wanted that arc to expand, for there to be room for it to breathe across the novel. It was something that really preoccupied me — I went through and I charted what everyone cooked and the context behind how they’re cooking it in that particular moment, and I wanted to have a clear sense of how that reflected against the scenes they were occurring around. This idea of what you turn to was really interesting to me.

BW: It is not hyperbole to say that I would not have written Memorial and I would not have written Lot if not for the indie bookstores in my community. Houston is not a city that is overly inundated with indie bookstores, yet each of them is a boon, and each of them is a source of community, and each of them is a space for narrative and for stories, for folks coming from all over the city. In a city as diverse as Houston is, you really do need those spaces. In a lot of ways, these spaces really are third places. You’re able to be in communion with folks that are just interested in story and the different ways that story can hold importance in our lives. It’s a really rare thing to have in general, especially in our moment when everything has to be monetized and everything has to have a tangible outcome — to have a space where you can just be and talk about narrative and not have to come to any hard conclusions.