A Q&A With Emma Cline, Author of June’s #1 Indie Next List Pick

Debut novelist Emma Cline explores the darker side of adolescence in The Girls (Random House, June 14), the number one pick of independent booksellers for the June 2016 Indie Next List. 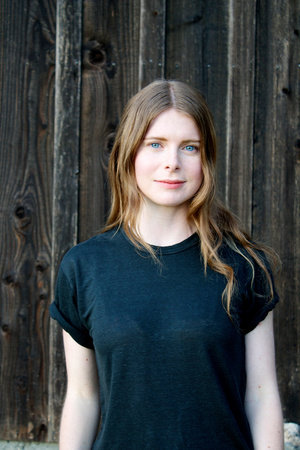 The Girls is the story of Evie Boyd, a lonely 14-year-old living in 1960s California who feels alienated by her parents’ divorce and desperately longs for social acceptance. At her most vulnerable, Evie meets Suzanne, a wild and enchanting girl who draws her into a glamorous cult-like California commune. Allured by the “cool” girls of that world and mesmerized by the cult’s charismatic Charles Manson-like leader, Evie soon finds she’s in too deep when the group commits a ghastly act of violence.

“Cline’s captivating prose strips bare the deep desires and vulnerability of teenage Evie as she struggles for acceptance,” said Tarah Jennings, retail manager for Mitzi’s Books in Rapid City, South Dakota. “The Girls is an enthralling and haunting novel that will linger with readers long after the last page.”

Here, Cline discusses the origin of Evie’s voice, her hometown’s still-vibrant connection to 1960s idealism, and the novel’s exploration of the powers and perils of being a teenage girl.

Bookselling This Week: Where did the idea for this book originate? Why did the Manson Family murders provide a good backdrop for the story you wanted to tell? 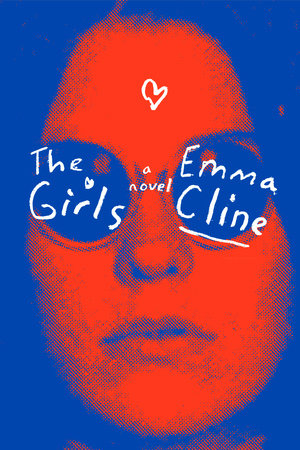 Emma Cline: I grew up witnessing the leftovers of the sixties that are very much in evidence in my hometown [of Sonoma, California]. I was always fascinated with both the idealism and the darker side of that idealism, especially how it manifested many decades later. This book was a way I could engage with those California mythologies, especially through the lens of girlhood.

I didn’t care about the familiar trope of a sociopathic leader and his mindless followers, and this book was a reaction against that flat narrative of something like the Manson murders. That’s when the book became clearer to me — when I realized I didn’t have to write about the familiar players, but that it might be more interesting to explore it from the position of someone on the outskirts. Coming at it sideways, through a character on the periphery, allowed for a more truthful engagement with a cultural myth that has already been so well digested. Evie is a character who has to live among the leftovers, who has to make her own sense of what happened that summer.

BTW: Would you call Evie a “typical” teenage girl? Are hers the quintessential girlhood thoughts and struggles, only set against dramatic circumstances?

EC: The circumstances in this book are extreme, but hopefully they also feel believable, or not so far afield from reality. Most every woman I know has some story from their adolescence of a near-miss, a moment when things could have gone sour for them. There’s a way that danger becomes appealing at that age, something to be sought out, almost as a way to test boundaries, or have some power in a world that is often a violent place for girls and women.

BTW: What historical research did you do for this book? What drew you to write about the world of cults and communes?

EC: I read about this time period long before I knew I was doing research. It’s such a well-documented moment, and there are so many great books and movies and interviews from that time. A lot of it was also just proximity and family history: my parents were around the same age as Evie in 1969, and I grew up hearing about California in that era. Their cultural touchstones became my touchstones. Even just in my hometown, there were dozens of communes and experimental communities, some of which still survive in some form or another, and so 1969 never feels very far in the past. I also wasn’t trying to make a meticulous record of 1969 — that’s not why I read or write fiction. It was important that there weren’t distracting inconsistencies, but I was more engaged with making the book feel emotionally truthful.

Communes interest me because of the desire for heightened living and the inevitable ways that dream curdles or fades away. They seem to encompass both the best and worst of human impulses, which is what I want from fiction, too.

BTW: Your book deals with what can and does go wrong in girlhood, in particular the powerful longing for acceptance many girls feel. What other ideas did you seek to explore?

EC: I wanted to write a book that didn’t have a neat moral resolution. So much of how we talk about morality is binary — you either did it or you didn’t. And in a way, there’s a relief that comes with that. We don’t really have ways to talk about the gray area, and I like fiction that engages with that ambiguity.

BTW: Who are some of the authors who have influenced your writing?

EC: I love Mary Gaitskill’s ability to map the subtleties of sex and friendship. Books with obsessive narrators have always been important to me — Lolita, Endless Love by Scott Spencer, Mating by Norman Rush. Joan Didion’s essays made a big impression on me as an adolescent — the menace in them, the particular details, and also her engagement with California as a concept.

BTW: The Girls is your debut novel. Where will your writing take you next?

EC: I’m in the early days of a new novel and working on a handful of short stories.

BTW:  Have independent bookstores played a meaningful role in your life?

EC: Growing up as one of seven children, everything was limited or shared. The only exception my parents made was for books. My hometown bookstore — Reader’s Books in Sonoma, California — was the one place I was allowed to pick out as many of something as I wanted. I still feel that sense of limitless magic in bookstores and gratitude for the booksellers who are passionate about books and connecting with readers.