A Q&A With Erik Larson on Dead Wake: The Last Crossing of the Lusitania 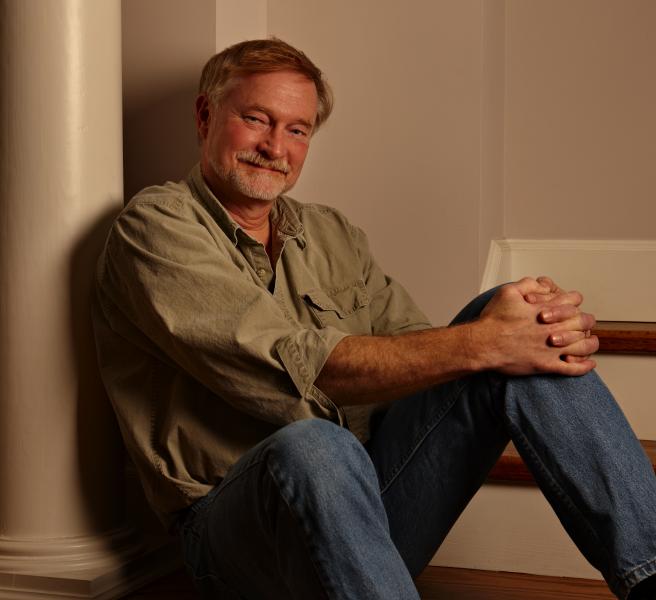 Erik Larson’s highly anticipated new book, Dead Wake: The Last Crossing of the Lusitania (Crown), delves deeply into the story of the sinking of a British ocean liner by a German U-boat on May 7, 1915, which resulted in the deaths of 1,198 passengers.

The New York Times Book Review, which praised Larson as “one of the modern masters of popular narrative nonfiction," called Dead Wake “an entertaining book about a great subject [that] will do much to make this seismic event resonate for new generations of readers.”

In a Q&A with Bookselling This Week, Larson, whose other works include the 2004 National Book Award finalist The Devil in the White City (Vintage), discusses his extensive research process and what fascinated him about the 100-year-old story.

BTW: There are already a number of books out there about the Lusitania. What convinced you that this event had the elements of a very good story and was a worthy topic for your next book? 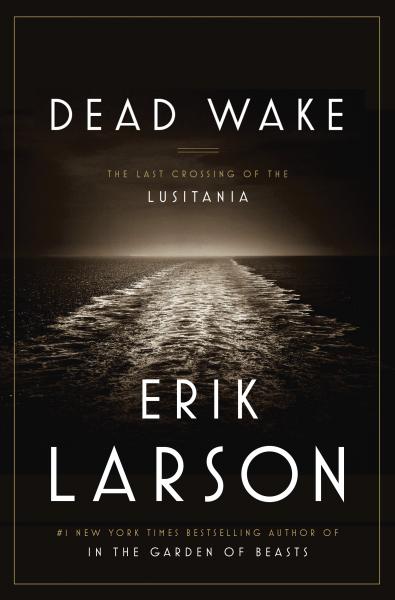 Erik Larson: I realized that a vast trove of great archival material existed on the subject — material that in my view had not yet been used to maximum narrative advantage. It occurred to me that writing a book on the subject would more than anything else be an exercise in conjuring real-life suspense. The range of original sources available was so rich and textured — intercepted messages, love letters, passengers’ accounts, even photographs of the dead taken soon after the disaster. It all became too tempting, and I was crazy enough to think maybe I could bring something new to the picnic.

BTW: On the 100th anniversary of the Lusitania’s last voyage, what do you think this story has to teach us?

EL: I hate to say it, but maybe there’s not much that it can teach us today, except maybe the perennial lesson that hubris is a dangerous trait, in people and governments. That, and the obvious lesson that in times of war, nations will use whatever weapons they have at their disposal to their fullest effect, regardless of moral prohibitions, whether the submarine — as in the case of the Lusitania — or chemical weapons, or drones, or, god forbid, nuclear weapons.

BTW: How did you go about doing the research for this book? At what point did you stop researching, put your books and papers aside, and say, “Ok, time to write?”

EL: I spent about two years — full time, seven days a week — doing research before I wrote the first official page. The writing phase occupied another two years, to the point where my editor said this book is done. There’s a lot of overlap between the two phases, however. The research never really stops. I collected thousands of pages of material from archives in London, Cambridge, Liverpool, New York, and Washington — and elsewhere. So much great stuff that for a time I felt overwhelmed.

BTW: “Dead wake,” as you note in a recent blog entry, is “a maritime term that describes the fading disturbance that lingers on the surface of a body of water long after a vessel (or torpedo) has passed.” What’s your take on the unanswered questions left in the “wake” of the sinking of the Lusitania?

EL: The only real question left unanswered is, why was the Lusitania allowed to proceed into the Irish Sea without escort, or without being diverted to a safer route, when the Admiralty knew so much about the travels of the submarine that conducted the attack, and that its destination was a patrol zone in waters just off Liverpool — the Lusitania’s destination?

BTW: In Dead Wake, you chose to tell the individual stories of certain Lusitania passengers, including famed Boston bookseller Charles Lauriat. What drew you to Lauriat? Was his perspective as a bookseller an intriguing one?

EL: First and foremost, I chose Lauriat because he provided a ton of detail on the crossing and the disaster. He wrote a book on the subject, provided testimony in a number of legal proceedings, and filed a lengthy filing with the Mixed Claims Commission after the war in an attempt to recoup the value of certain possessions that he lost in the sinking. Accounts of that depth and detail were hard to come by, but crucial in my effort to capture a rich sense of the voyage and the sinking. Also, frankly, I loved the fact he was a bookseller, and a famous one at that, and that he was sufficiently prosperous that he was able to cross the Atlantic every year in first class, meaning total luxury, for his book-buying trips to Britain.

BTW: Early reviews of your book praise the eerie, discomfiting atmosphere you were able to conjure up, especially on the pursuing U-boat. How did you work to achieve that?

EL: There’s only one way to bring an event to life, and that’s by hunting for the kind of rich details that can ignite a reader’s imagination. I spent a lot of time researching WWI U-boats and trying to find accounts that shed light on life within the particular boat, U-20, that sank the Lusitania. It all made me very claustrophobic! In the end, I found the submarine commander to be a rather sympathetic character — young, handsome, well-liked, a dog-lover — and yet….

BTW: According to your blog, Oreos are one of your must-haves when you’re writing. What is it about Oreos?

EL: That’s like asking, what is it about sex?