A Q&A With Hannah Kent, Author of September’s #1 Indie Next List Pick 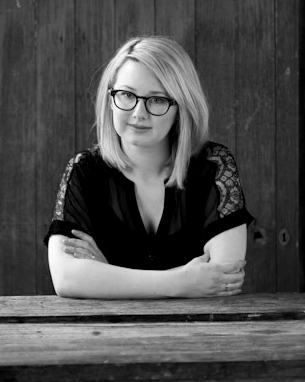 Hannah Kent’s debut novel, Burial Rites (Little, Brown), has been chosen as the #1 Indie Next List Pick for September by booksellers across the country, who praised the book for its evocative imagery, attention to detail, and lyrical prose.

The novel, which is based on historical events, focuses on the final days of Agnes Magnusdottir, the last woman to be executed in Iceland in 1829. Set against a stark and haunting Icelandic backdrop, the details of Agnes’ crime — as well as her life — slowly unravel as Kent tells the story from the perspective of the convict herself, the family with whom she is staying, and the priest who has been sent to absolve her sins.

Kent, who is completing her Ph.D. in creative writing at Australia’s Flinders University, is the co-founder and publishing director of the literary journal Kill Your Darlings. In 2011, she won the inaugural Writing Australia Unpublished Manuscript Award. 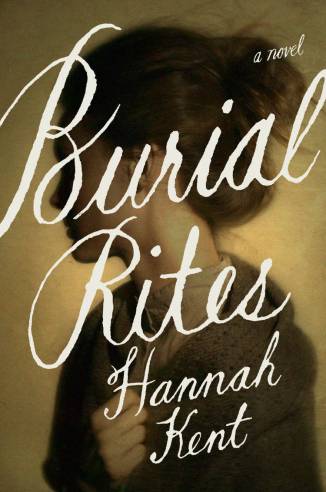 BTW recently spoke to Kent about the inspiration for this impressive first novel, the process of writing and researching, and the blurry line between fact and fiction.

Bookselling This Week: How did you learn about Agnes Magnusdottir, and what so drew you to her story that it became the focus of your first novel?

Hannah Kent: It was quite by accident that I first heard the story of Agnes Magnusdottir. This time 10 years ago, I was living in a fishing village in the north of Iceland as an exchange student. I had left a hot, dry Australian summer to arrive in the bleak darkness of an Icelandic winter, where the sun never breached the mountainous horizon and the weather confined me indoors and compounded my homesickness. I spoke nothing of the language and while I would, in time, find my place in the small community of the town, I initially suffered from debilitating loneliness.

It was during this difficult time that I was driven through an area in the north called Vatnsdalur. It was, and still is, a remarkable place, stricken with the kind of beauty that unsettles something within you. As we passed through it, I commented on the bizarre hill formations that cluster at the mouth of this valley and was told that they formed the site of Iceland’s last execution. Intrigued, I pressed my travelling companions for more information and was told that a woman called Agnes had been beheaded for her role in the 1828 murders of two men as they lay sleeping.

To this day, I don’t completely understand why I became as immediately and deeply fascinated with this woman as I did. Perhaps the isolated place of her death reminded me of my own friendlessness. Throughout the rest of my exchange, I continued to ask questions about the crime and the execution, even as I shed my own despondency. Several years later, I decided to research her story in an attempt to answer the ongoing questions I harbored. Who was Agnes? Was she as monstrous as the records seemed to suggest, or had her life’s course been warped by social, cultural, or political circumstances instead?

BTW: About half of the book is told in the voice of Agnes herself. How were you able to enter the mind of a convicted murderess with such grace, and how did you find such empathy for her within yourself?

HK: Very early on in my research into the murders and execution, I was struck by the way in which Agnes — in many records — was portrayed as unequivocally evil. Where I looked to find a complex individual, I found only the stereotype of a plotting, cold-blooded monster. My decision to include Agnes’ voice came from a desire to explore her humanity and her ambiguity, which I saw as inseparable and certain. The difference between her private ruminations and what she tells the other characters suggests, I hope, that she is unreliable, but that her unreliability doesn’t stem from monstrousness but rather from her need for self-preservation. Life has dealt her a rough hand.

I knew from very early on that Agnes’ voice would also be written in particularly lyrical prose. Not only was this in keeping with history (the real Agnes was recognized as a poet), but I also wanted to mark the stylistic difference between the way Agnes relates her experiences and the dry, bureaucratic language of the authorities who record and judge her crime. She has no place in or right to the dominant patriarchal mode of formal rhetorical discourse, so she represents herself ‘outside’ language.

The sections in Agnes’ voice were the least difficult to write. Much of what is there came about organically, through the empathy you suggest. I tried to rid myself of sympathy and pity and attempted to understand her situation instead. Agnes does not think she is evil nor does she perceive herself as a victim, yet she is aware that others consider her thus. We are all complex and contradictory and capable of both good and bad acts. We are all capable of surprising ourselves with our reactions to certain situations. Agnes, I believed, would be no different.

BTW: What did your research entail in order to gain so much factual detail about not only Agnes, but also the geography of the country and the customs of the time period?

HK: I spent a great deal of time researching the crime and execution, but also, significantly, 19th century Iceland more generally. This was partly because I couldn’t find much information about Agnes’ life and death whilst in Australia, so I turned my attention to the times she lived in. Spending so much time immersing myself in the cultural, political, and social landscape of 19th century Iceland also meant that later, when I was able to travel to Iceland and access archives, biographical information was immediately contextualized. For instance, when I discovered that Agnes was a bastard (noted in a ministerial book), I had a good sense of the social repercussions this might have meant for her, having read academic articles on illegitimacy in Iceland.

The research for Burial Rites took approximately two years. It was an enjoyable but laborious process, often necessitating translation. I researched fairly indiscriminately, reading everything I could get my hands on. This included fiction by Halldor Laxness, history books, recipes for blood sausage and moss porridge, song lyrics, journals written by British scientists visiting Iceland in the 1800s, manuals on how to skin animals, medical statistics on smallpox epidemics — everything!

BTW: Though Burial Rites is fiction, it contains so many truths about Iceland’s dark and wintery landscape, the politics and religion of the 19th century, and the historical event that lies at the heart of the story. Where did you draw the line between fact and fiction? How did you decide which truths were important to include, and which fabrications were necessary to create?

HK: I don’t think I could accurately draw a clear line between what is fact and what is fiction in Burial Rites: the waters are muddied. Every firm fact that I came across in my research has been honored in the novel, even when the novelist in me was yearning to ignore it for the sake of imaginative whimsy. When historical accounts differed, I used my broader research into Iceland at that time to choose the most logical or likely situation. It was only in the gaps in the records that I felt relatively free to invent. Even still, everything in Burial Rites is rooted to research. The dynamic between the two sisters in the novel can be traced back to a particular census record. The dreams related by characters come from several written histories of the area. The inexperience of the priest is factual. The character of Margret was suggested by her age — the events and hardships she would have experienced, the difficulties faced by women in her position at that time. I cannot draw a line between fact and fiction, but name any part of the novel and I can show you how it is tethered to one source of information or another. It was important to me that I be able to do this as a foreigner writing about a country and history not my own. Rigorous research, I felt, was one way I could hope to ensure the novel was a work of emendation rather than one of exploitation.

BTW: As a debut novelist, how would you describe your introduction to the book industry and your experience promoting Burial Rites? What roles have independent bookstores — both in Australia and in the U.S. — played?

HK: I have really been enjoying the promotion of Burial Rites. While I’m naturally quite introverted, it has been an honor to have had so many opportunities to meet booksellers and readers and to speak about my work at length. It has been inspiring, actually, to speak with so many people with a love of reading and books to rival my own.

The response to Burial Rites has thus far been overwhelmingly positive and for that I am very grateful. Independent booksellers have played a huge role in spreading the word amongst readers and — through their enthusiasm and commitment to supporting debut authors — have undoubtedly expanded the audience Burial Rites might otherwise have had. It has been an absolute privilege to meet many of Australia’s independent booksellers, and I hope I have the opportunity to meet those in the U.S. in the coming months. I am continually delighted and humbled by the passion and dedication to be found in independent bookstores — they are the true lifeblood of this industry.