A Q&A With Katarina Bivald, Author of January’s #1 Indie Next List Pick 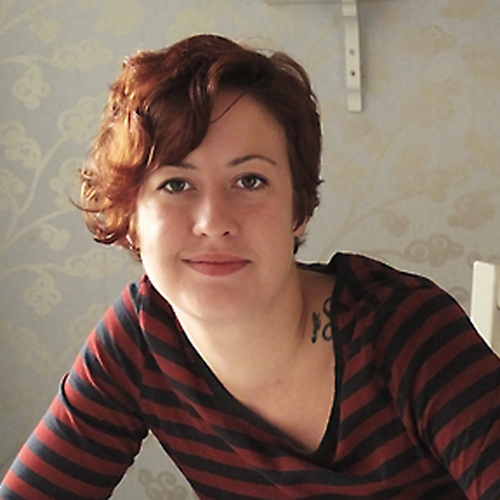 Independent booksellers have selected Katarina Bivald’s The Readers of Broken Wheel Recommend: A Novel (Sourcebooks Landmark) as the number-one Indie Next List pick for January.

Bivald’s debut novel, which was originally published in her native Sweden, follows Sara, a bibliophile who has spent her entire life working in a bookshop in Sweden. When Sara arrives in the small town of Broken Wheel, Iowa, to visit fellow book-lover and pen pal Amy, she is greeted by Amy’s funeral procession.

“Thousands of miles from home, with a return ticket dated two months hence, Sara is at a loss for what to do. So, naturally, with Amy’s collection of books, she opens a bookstore,” said Erin Figel of pages: a bookstore in Manhattan Beach, California. “Filled with familiar literary references, charming and quirky townsfolk, and plenty of scheming, plotting, and shenanigans that could only occur in a place like Broken Wheel, Bivald’s feel-good novel explores that ever-present question: books or people? Read the book and enjoy reaching your own conclusions.”

To celebrate the book’s release, Sourcebooks Landmark has launched the Readers, Recommend Your Bookstore! sweepstakes, which runs from January 4 through February 19, 2016. Readers are invited to vote for their favorite independent bookstore; voters will earn the chance to win a prize for themselves and for the three indie bookstores garnering the most votes. See the complete terms and conditions here. 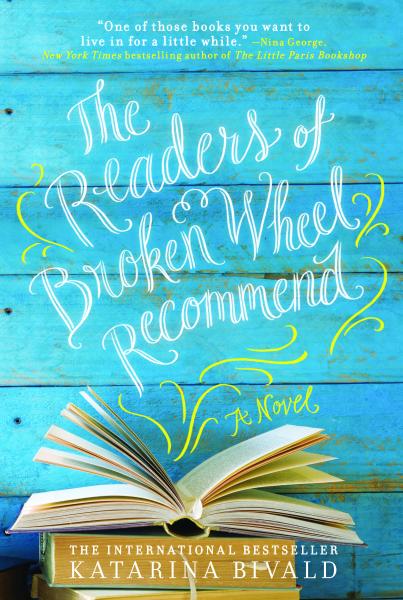 Bookselling This Week: What sparked the idea for The Readers of Broken Wheel Recommend?

Katarina Bivald: Since this is my first book, I naturally had no idea what I was doing. So I decided to simply fill it with everything I myself love in books. And I love small-town America, like Fannie Flagg and Annie Proulx, quirky characters, unlikely friendships, love — and books, of course.

BTW: How did you approach making the town of Broken Wheel and its residents so authentic? Did you visit small-town America to observe its inner workings?

KB: Not at all. I didn’t want reality to intrude on my dream about small-town America. And after having spent a lifetime knowing the U.S. through books and television and movies, I had no idea where to start. In books I could visit any place I wanted, at any time, meeting real people and getting to know them in a way I never felt I could as a tourist just passing through. When I wrote The Readers of Broken Wheel Recommend, I had never even been to the U.S. Or, well, so people told me. Apparently books don’t count.

BTW: The Readers of Broken Wheel Recommend includes many details about starting and growing a bookstore. Why did you decide to set the story in a bookstore, and how did you learn so much about bookselling?

KB: I started working part-time in a small independent bookshop when I was 15, and did so for the next 10 years. In a way, I guess you can say I grew up in one. When I first decided to make this a story about a bookshop, I thought it would be all about the books. But when I looked back at my time selling books, I realized I remember the people who passed through the store just as much as all the books I unpacked, carried, and sold.

BTW: Sara’s bookstore comes to serve as a community gathering place, an institution around which the town of Broken Wheel revolves. Why is it that independent bookstores frequently take on this type of role in their communities?

KB: The obvious answer is: the people working there. They organize events, invite the authors, and make sure something is happening in their town. Interestingly enough, at least in Sweden, it’s mainly women organizing the events and attending them. It might not seem like it if you read the culture section of the large newspapers, but sometimes I think women in small towns are what keeps culture going.

The second reason is that bookstores are a great place to linger. People stop, chat, and look through books — even if they don’t end up buying them in the end, and even if they are not great readers. And there are books about all kinds of topics, so you can always pick one up, turn to the person behind the counter, and tell them your thoughts on the matter. During my years in a bookshop, I have discussed virtually any topic with all kinds of people, including Buddhism with a man looking slightly the worse for wear who was waiting for the pub to open.

BTW: As a European who frequents bookstores whenever and wherever possible, what are some similarities and differences you see between independent bookstores in Europe and those in the United States?

KB: There are many similarities of course, including the challenges faced. The death of bookshops and physical books and independent stores and so on has been declared countless times in countless countries. My experience from visiting independent bookshops in Sweden, the U.K., and the U.S. (and any other countries I ever visit) is that they are not just hanging in there, but very much alive and kicking. They’re meeting the challenges by finding new ways to reach out to their communities, getting kids to read, and making their bookshops more inviting. A bookshop I visited in the U.K. was creating a book bus. Another was making a garden for kids to read in. Every independent bookshop I’ve ever visited, and lots of the chain ones as well, invites authors, encourages local writers, and invites discussions on local topics.

Sometimes this leads me to minimize the challenges they face, just because they meet them so well. But I think anyone running an independent bookshop knows the hours of hard work you have to put in to make it seem so effortlessly charming for us lucky customers visiting them.