A Q&A With Lisa Jewell, Author of January’s #1 Indie Next List Pick

Booksellers around the country have chosen Watching You, the new murder mystery by Lisa Jewell (Atria Books, December 26), as their number-one pick for the January 2019 Indie Next List. 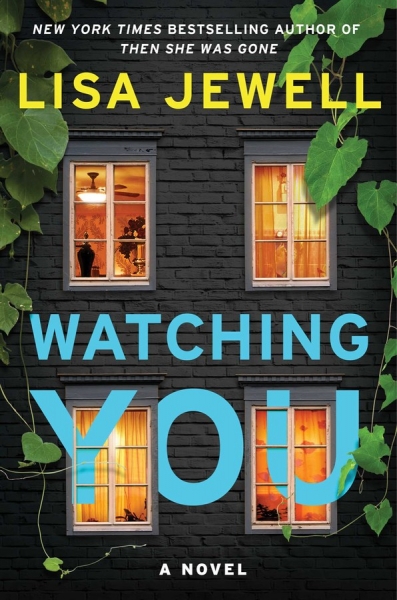 In well-to-do Melville Heights, one of Bristol, England’s poshest neighborhoods, everyone is watching each other, and everyone has a secret. The neighborhood’s enigmatic nature is revealed in bloody fashion when a gruesome murder is discovered in one of Melville’s picture-perfect homes. Other characters who live in the Heights include attractive young Joey Mullen, who develops a crush on her charming (married) neighbor, beloved local headmaster Tom Fitzwilliam; Tom’s teenage son Freddie, an aspiring spy whose binoculars have observed some strange activity outside his bedroom window; one of Tom’s students, Jenna Tripp, who is troubled by his focus on one of her friends; and Jenna’s mother, who is convinced Fitzwilliam is after her.

“The picturesque painted houses at the top the of the street hide a delicate web of past and present intrigue,” said Laura Taylor of The Oxford Exchange in Tampa, Florida. “Complicated relationships abound: sisters and brothers, teacher and student, innocent love and the timeless theme of marital infidelity, and, of course, a murder. Jewell’s understanding of the human psyche and its idiosyncrasies makes for a deliciously hard-to-put-down whodunit that hits all too close to home. She is a story weaver like no other and she had me guessing the whole way through.”

Jewell is the internationally bestselling author of 16 novels, including the New York Times bestseller Then She Was Gone, I Found You, The Girls in the Garden, and The House We Grew Up In, among others. Her books have sold more than two million copies throughout the English-speaking world and have been translated into 16 languages. Jewell lives in London with her husband and two daughters.

Here, Bookselling This Week and Jewell discuss the book Library Journal calls “perfect for fans of Gone Girl, The Girl on the Train, and Luckiest Girl Alive.”

Bookselling This Week: How did you come up with the idea for Watching You? 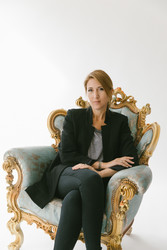 Lisa Jewell: Sometimes it’s really hard to know what makes you come up with the idea for a book, but I see now looking back on it. Lots of times I get inspiration from newspaper stories and all of the weird and wonderful things that happen in the world every day, and I just kept seeing these stories in the newspapers about these suburban love triangles where someone would end up dead. It was either the wife who killed the husband, or the mistress who killed the wife, or the husband who killed the wife, or the wife who killed the mistress — so that was the starting point. I just wanted to explore that because these people who you think are ordinary on the surface have dark, deep passions underlying.

The story really came together in my mind when I started to create the suburbs, the place I wanted all this to be happening. The setting is quite unique, so that really solved it on the page for me, when I visualized the houses high up looking down on the houses low down and realizing that the people inside could be watching each other.

LJ: Yes, when you are driving into the western part of England, toward Bristol and Bath and Somerset, you’ll see up in the hills looking over the city of Bristol these rows of rainbow-colored houses. I wanted to use that imagery of the very, very bright houses but I didn’t want to write about a place that already existed, so I made up my own place, my own village, and I gave it a name. So yeah, it’s all based on those real houses, that real suburb of Bristol.

BTW: One theme in the book is that things aren’t always what they seem, and people tend to make judgments based on appearances. These houses, these people, seem one way, but they’re actually not — there’s a hidden life behind those walls. Is this a theme you have written about before?

LJ: Because my books are always character-led, I think it’s really important that characters are a full 360 degrees, that there are dimensions. When you’re sitting at home on your own you probably think all sorts of dreadful things that most people would never know you thought about. And, of course, when you’re a writer and you’re writing about people, you can get into that — people’s interior worlds — so it’s very important to me that I always present the full picture with any character. That inevitably means that one minute, a character could be doing something quite generous or kind or thoughtful and then in the next chapter could be doing something a bit creepy or a bit vicious or a bit cruel, because that is the nature of human beings. Before I was writing crime novels, when I was writing romantic fiction, I would always have these very multi-faceted characters whom the reader could change their mind about. When you’re reading, you’re not just a witness to everybody’s actions — you’re a witness to everything that’s going on in their heads.

BTW: What was it like moving from a career writing romances to one writing mysteries?

LJ: The important thing is that I kept the character-focused narrative. I always let my characters kind of lead the stories, which actually makes it an awful lot harder when you’re writing crime. This book was the hardest of all of them because it’s quite tricky — there’s red herrings in it and there’s twists — so I’m trying to balance those things but also trying to keep all these characters’ actions authentic and true. It was definitely so hard to write, but this one became a particular kind of nightmare because it was so technical. I didn’t want the technical aspects to overwhelm the human aspects of it, so from that point of view it was much harder.

I was just coming to the closing chapters this time last year and it was literally all I thought about, and not in a good way. It wasn’t like I was so swept away in the pleasure of writing this book — it was this clunking thing in my head and I couldn’t work out how it was going to come together. And it did all come together but, I have to admit, with the help of an editor who had a big say in working out some of the issues. It was a really awkward book to write and to make it seem smooth was very, very challenging.

BTW: Another interesting aspect of the book was the way you played with a common trope of mystery novels: that of the beautiful dead girl and the evil, scary man. Do you enjoy reversing and playing with the reader’s assumptions when you write?

LJ: Yes, and I’ve done it before, including in Then She Was Gone, The Girls in the Garden, and The Third Wife. If I look back, I do this every single time. It’s clearly something that is subconsciously very important to me, that I don’t have the cliché, bloody female character and the bad man in the shadows of the night. I don’t know if it’s because I don’t want to be clichéd or what. When it comes to me sitting down at my computer and finding stories, it just feels like a more interesting thing to write about. So, yes, in this book it’s not a new thing for me to subvert that. I do it every time.

BTW: Who are some of the authors who have influenced your mystery writing career?

LJ: I tend to not like authors as such; I tend to like books, and I’m very much one of those readers who goes along with what books are big. I don’t read classics, I don’t reread books, I don’t read obscure books. I like reading the very high-profile books that everybody else is reading, and of these, some live up to the hype, some don’t live up to the hype. I do read mainly contemporary fiction and psychological thrillers, rather than the more quirky, literary stuff. I like Sally Rooney. Within the thriller genre, I like Clare Mackintosh, Ruth Ware, Louise Candlish, and Tammy Cohen. I don’t really have a particular author that inspires me in that way, just because it’s the books that inspire me. Any time I read a good book I’ve been inspired by it.

BTW: Are you working on anything new now?

LJ: Yes, I’m supposed to be finishing my 17th book around now. I just finished Watching You last year but I’m very, very behind on this one so I’m sitting in a café now writing it. I’m at around 46,000 words for book 17, which I’m hoping to finish in January.

BTW: As an author, what have your experiences been like at indie bookstores?

LJ: I visit an awful lot of bookshops for work and I’ve done an awful lot of events at independent bookshops, and they’re just inspiring places to be. With each one of them, there is always a story. I love to talk to independent bookstore owners about their shop and when and how they bought it; every single shop owner has a completely different, fascinating backstory. It’s the amount of love that goes into creating a beautiful shop in the first place, making it look so nice, and then all the work that goes into hosting events and creating that community atmosphere that makes people want to come into the shop. I think independent bookstores are just little gems, each and every one of them — they’re magical.