A Q&A With Maggie Shipstead, Author of May’s Indie Next List Top Pick 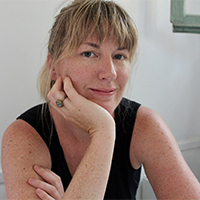 Independent booksellers across the country have chosen Great Circle by Maggie Shipstead (Knopf) as their top pick for the May 2021 Indie Next List.

Shipstead is the New York Times bestselling author of the novels Astonish Me and Seating Arrangements and the winner of the Dylan Thomas Prize and the Los Angeles Times Book Prize for First Fiction. She is a graduate of the Iowa Writers' Workshop, a former Wallace Stegner Fellow at Stanford, and the recipient of a fellowship from the National Endowment for the Arts. 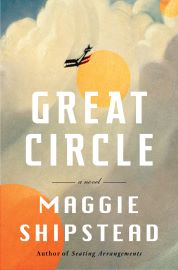 Maggie Shipstead: The first seed of the idea came to me in 2012, which was about two years before I actually started writing. I was at the airport in Auckland, New Zealand, and I’d been working on a different project that just sort of died on me, so I was casting around for ideas. At the international terminal, there’s a statue of a pilot named Jean Battin, who was the first person to fly solo from London to New Zealand in the ‘30s. The plaque next to it had a quote that said “I was destined to be a wanderer.” I was like, I should write a book about a female pilot! And that was pretty much where it started. That quote — “I was destined to be a wanderer” — eventually became the first line of the book.

BTW: How did you craft Marian’s character?

MS: I knew I wanted her to disappear while trying to fly around the world north/south. In some ways, I was working backward from the question of what kind of person does this. And that was something my agent and I talked about a lot. I think a lot of the time, people who are early explorers or people who embark on risky forms of travel or exploration are really motivated by an obscure impulse. They don’t understand where it comes from. I wanted her to be the kind of person to respond to that impulse. She became someone motivated by freedom, by her desire to have freedom, and as I moved forward in time and built her life, her character became defined by the inherent struggle of being a woman in her era in particular.

BTW: And what about Hadley Baxter? Why intertwine their two stories?

MS: I live in LA, and of course, LA is kind of a one industry town. It’s saturated by Hollywood even if you don’t work in it, as I don’t. I was interested in writing about the place where I lived, and I’d written a short story before with sort of an intense first person voice of a movie star. Really early on, when I started writing Great Circle, I sat down and wrote Hadley’s sections more or less out of nowhere. I knew that I needed some variation in tone, so without Hadley it would be a solid log of historical fiction. She’s more of a sharper, sour note, and also provides this lens on the idea that the reader knows what Marian’s life is like because we get Marian’s point of view. Hadley is a way to show how much of a life is lost just by being outside it and the passage of time.

BTW: Public scrutiny is something they both seem to have in common. Can you talk about that within the context of the course their lives both take?

MS: I think, in different ways, they’re both struggling with this question of what kind of life do I want to have. For women in particular, that’s not always a straightforward question. Marian might have in some ways experienced more restrictive social morays, but Hadley catches up to her in that way just by being a public figure and being under this incredible public scrutiny. She’s in this job where success is defined as fame, but fame is maddening, and she’s flailing around trying to decide what she wants. I think she’s drawn to the role of Marian because she perceives Marian as someone who knew exactly what she wanted. Hadley sees these coincidental similarities between them — being raised by uncles, etc. — and she has this hope that she’ll find some wisdom for herself in Marian’s life. Which, ultimately she does, but probably not in the way she expected.

BTW: Is there one thing you’d hope readers take away from this book?

MS: It’s funny, everyone’s been asking me this. When I’m actually writing, I really don’t think about the reader at all. And I also couldn’t have possibly anticipated the timing of when this would come out. We’re in this moment where everyone’s cooped up and we’re under these restrictions, and so I hope people take away this sense of freedom and movement that Marian’s seeking, and also, when we can start to travel again, I think it’s also worth thinking about what you want to see in the world.

MS: I think of indie bookstores as treasure chests. Whenever I think about swinging by to browse or to buy something in particular, I feel this real sense of delight. I also feel a real hub of my local community. With Skylight Books, which is the closest to me, people wander in off the street for events and there are places to go get a drink after, and they just bring a sense of community to a place and to readers who live nearby.