A Q&A With Neal Stephenson and Nicole Galland, Authors of the #1 Indie Next List Pick for July

Booksellers across the U.S. have chosen The Rise and Fall of D.O.D.O. by Neal Stephenson and Nicole Galland (William Morrow), an unconventional sci-fi thriller that combines magic and time travel, as their number-one pick for the July 2017 Indie Next List. 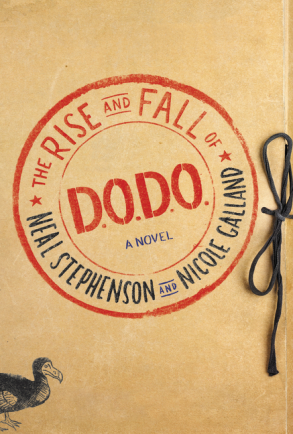 “For someone who approaches such serious scientific and technological subjects, Neal Stephenson can be outrageously funny. Combine that with Nicole Galland’s storytelling ability and you have a rollicking roller coaster of a novel,” said Bill Cusumano of Square Books in Oxford, Mississippi. “The authors mix together magic, witchcraft, time travel, science, and historical figures, both real and imagined, while delightfully skewering bumbling bureaucrats, pretentious academics, a rigid military, and other bastions of the establishment to produce a work that is both thought-provoking and totally entertaining.”

When Melisande Stokes, a linguist, is approached for a special assignment by Tristan Lyons, a military intelligence operator for shadowy government entity D.O.D.O. (short for the Department of Diachronic Operations), their meeting sets off a chain of events that will alter human history. Written by way of mission logs, journal entries, and epic poetry, The Rise and Fall of D.O.D.O. takes readers on an exciting ride across time, from a 10th-century Norman village to Constantinople during the time of the Fourth Crusade to Elizabethan England.

In this collaborative Q&A for Bookselling This Week, Stephenson, author of the sci-fi classics Snow Crash, Cryptonomicon, and the recent Hugo Award-winning novel Seveneves, and Galland, whose critically acclaimed historical novels include I, Iago and Crossed, discuss working together on the book, the novel’s take on government bureaucracy, and what they’re working on next. 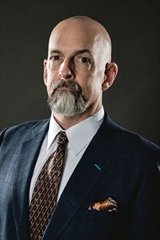 Bookselling This Week: You worked together on The Mongoliad in the early 2010s. How did you come to collaborate for the first time, and how did you end up working together again?

Neal Stephenson and Nicole Galland: We came to know each other through our mutual literary agent, Liz Darhansoff. Liz had asked Neal to read Nicole’s first novel, The Fool’s Tale. He liked what he read and offered a blurb. Several years later, The Mongoliad got underway as a collaborative project written by Neal and six (male) writer friends in Seattle. The decision was made to add a female voice, and Neal thought of Nicole (in Massachusetts), who said yes (via Skype). As The Mongoliad was wrapping up, about four(!) years later, Neal shared the idea for D.O.D.O. with Nicole, and she said “yes!” almost before he had finished asking her if she wanted to work with him on it.

BTW: How did you come up with the concept for the book? Where did the idea come from to combine magic, witchcraft, science, and time travel?

NS and NG: The basic premise for the novel — which is as much about quantum theory as it is magic, of course — sprang into Neal’s head around Thanksgiving of 2013. It’s hard to put a finger on how one “comes up with” a concept, but he knew he was on to something interesting once he had the magic/technology conflict trimmed up. A lot of time travel stories have various logic gaps when you look at them closely. The overlap between magic and quantum theory created a sweet spot in the multiverse, so to speak, and that allowed us to seal up most of those time travel logic gaps. 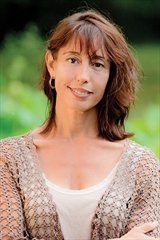 BTW: The Rise and Fall of D.O.D.O. contains historical context, scientific concepts like quantum theory, and assorted vernacular from over the centuries. Was there a lot of research involved in writing this book?

NS and NG: We both tend toward research-heavy stories. In this particular case, we were able to somewhat piggyback on previous work each of us had done. For instance, Neal had already tackled some of the philosophical issues raised by quantum theory while writing Anathem, while Nicole suggested setting the “medieval warfare” storyline during the Fourth Crusade because she was already familiar with that conflict from writing her novel Crossed, the subtitle of which is (wait for it!) A Tale of the Fourth Crusade.

BTW: Another theme of the book is bureaucratic overreach, in which a shadowy government entity, D.O.D.O., works to bring magic back into the world to exploit for its own ends. Why this satirical framework?

NS and NG: Anyone who has ever had to deal with a large bureaucratic entity, especially one with governmental affiliations, is probably already aware that such entities can spew out regulations and other documentation that is nearly self-parody. We simply took that tendency and pushed it to the logical extreme. Also, we thought it was fun to juxtapose a rigid behemoth of paperwork and jargon (run by a bunch of men) with the mercurial “chaotic neutral” MO of the (female) witches whose power they’re trying to control for their own purposes.

BTW: Your book consists of a combination of epistolary writing, internal government memos and logs, and even epic poetry. What was it like creating a book with such an unorthodox structure?

NS and NG: It was a lot of fun, and worked well in this context. The break between one document/letter and the next comfortably allows a linear leap in chronology, and/or a lateral leap in storytelling, without the narrative through-line needing to justify why it’s leaping about so much. Also, exposition doesn’t feel like “bad fiction writing” when it’s in a context that justifies a big chunk of exposition (a policy paper on how to treat people who have traveled forward in time, an “after action report” regarding a setting that is new to the reader, etc.). Also, the best thing about such writings is the opportunity to create a variety of different voices, all of whom can tell the same story from different perspectives.

BTW: What are each of you working on next?

NS and NG: We’re each approaching the homestretch of novels that we wrote separately and solo. We’re both so superstitious and shy about revealing what we are currently working on, that not only have we not told the world, we haven’t even told each other. Really. Neither of us has any idea what the other one is currently writing. It’s fun to guess, though.