A Q&A With Rebecca Stead, Author of the Thanks for Shopping Indie Title “Liar & Spy” 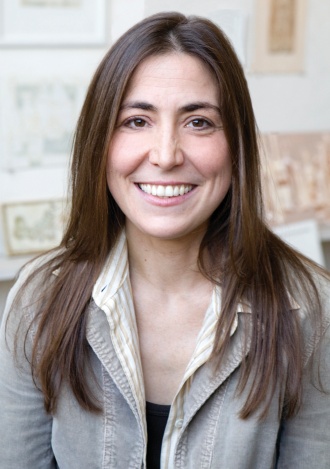 Newbery Medal-winner Rebecca Stead’s Liar & Spy (Wendy Lamb Books/Random House Children’s Books) is among the titles that indie booksellers across the country will be offering to customers during special Thanks for Shopping Indie promotions beginning November 24, Small Business Saturday.

Stead’s novel captures the exciting and turbulent experience of being a pre-teen.  In Liar & Spy, seventh grader Georges moves into an apartment in Brooklyn and becomes an unlikely inductee into the building’s spy club, which is run by Safer, a 12-year-old coffee-swigging master spy.  Their task?  To keep tabs on the mysterious Mr. X, a resident who spends time lugging disturbingly heavy suitcases in and out of the building and wears only black.

As the novel unfolds, however, the plot becomes much more complicated — much like middle school life.  Georges’ courage is tested, and readers can be certain that many things are not as they seem.  In this way, Liar & Spy parallels Stead’s earlier award-winning book, When You Reach Me.

Stead spoke to Bookselling This Week about middle school friendship, her writing process, and her own personal spy experience.

BTW: One of the first things that struck me about Liar & Spy was the uniqueness of the characters’ names! How did you arrive at them, and what is the significance of having characters that, as a function of your narrative, name themselves?

Rebecca Stead: Strangely, I didn’t do any of that by design. As I remember it, the names came first, and the story developed later. I mostly don’t know my story when I start out. (Where did the names come from in the first place, you ask? I don’t know that either.)

BTW: If you had been raised by “really smart bohemians” like Safer’s parents, what name do you think you would have chosen for yourself?

RS: Well, it would have been my parents’ interpretation of who I was as a very young kid. Maybe they would have called me “Cheerio.” Not because I was cheerful, but because I liked cereal. And still do.

BTW: During the course of the book, it seems that Georges and Safer take turns being the liar and being the spy. Was this intentional? What was the process of building this type of complexity into your characters like?

RS: It was intentional after a while. My first draft is about generating material, and every other draft is about crafting it: developing whatever seems to be working well, cutting away what has died, and discovering what connects the different threads of the story. Deceit, games, rules, lies — these ideas came up in several places, and once I saw that, I tried to create layers, or echoes. That’s usually the best part of writing for me.

BTW: Middle school can be a turbulent time for kids, and you really capture this intensity in Liar & Spy. How do you approach writing for this age group? What are some of the specific challenges and rewards of writing for tweens?

RS: Writing for pre-teens is, in a word, fantastic. Kids at this age are ready to wrap their minds around huge questions, and they’re open to all kinds of ideas. The scope of what they’re wrestling with is pretty impressive — lots of small stuff, lots of big stuff, lots of shifts in perspective. I think I’m pretty well suited to writing for these kids because I have strong memories from that time of life, and of what books meant to me then.

BTW: Liar & Spy explores both the difficulty and beauty of young friendships. Do any of the friendships in the book remind you of ones you had in middle school? Did you base any of your characters on people you knew when you were that age?

RS: Yes, Dallas and Carter are based on kids I knew, who were “casually” hurtful in ways that really colored my world for a while. And Bob English Who Draws is also based on someone real, I think — someone I barely remember who helped me get through the days. There aren’t many factual parallels between the real people and the characters in the story, though — just emotional ones.

BTW: Safer has a great imagination, and your novel seizes the spirit of childhood spy games. As a child, did you have any personal experience with spy clubs? Where did you draw inspiration for Safer’s bottomless repertoire of clever spy tricks?

RS: Some of it is based on my early life as a kid in an apartment building — I did play a spy game with friends, though we didn’t have any particular objective. Mostly we lurked around and hid in the corner of the elevator (until a guy yelled at us that we were going to give someone a heart attack). We banged on the pipes to signal one another and used the intercom for our own purposes. But the use of the gum wrappers was inspired by the movie Charade. A great movie.

BTW: Much like a Seurat painting, when you zoom into Liar & Spy, there are many distinct characters who are working to solve or mediate their individual problems. When readers zoom out and take in the whole picture, what do you want them to see or take away?

RS: When I was a kid, books helped me recognize myself and gave me the pleasure of feeling that I was part of something big — humanity, I guess. What I’m always hoping to do is write a book that does that for someone else, even if it’s just a flicker — one moment. That’s enough.

BTW: Inquiring minds want to know: Does Safer ever work up the courage to attend school with Georges in the future?

RS: I don’t think it’s a question of courage. I see Safer crashing out his own trail, for the most part. But not because it’s easy. And not alone.

BTW: You have sent readers to the icy regions of Greenland and into the heart of New York City. Can you share where your next project will take us?

RS: If I knew for sure, I would tell you. I doubt it will be any place exotic.

BTW: You have said that your journey of writing for kids began with “an armload of books” that you “remembered loving as a kid,” which were purchased from a local bookstore. Would you share which bookstore you visited for these childhood favorites and your thoughts on the importance of bookstores as places of discovery?

RS: I bought that armload of books at the Bank Street Bookstore on 112th Street and Broadway, in upper Manhattan. Bookstores have always been a hangout for me, even as a kid. There were some small independents that were able to make it for a while before rents in our neighborhood went crazy. I have a lot of sensory memories of these places — the rug in the kids’ section where I used to lie on my stomach and read, a tiny window halfway up the stairs, the dizzy feeling I got after studying the shelves with my head tilted to read the spines. Bookstores felt like places of protection, and books were my secret.

To learn more about Rebecca Stead’s writing process, check out her November 16 video interview in NBC Learn’s special collection of children’s book authors sharing their writing experiences to help students learn more about the craft and techniques of creative writing.