A Q&A With T.J. Newman, Author of July's Top Indie Next List Pick

Independent booksellers across the country have chosen Falling by T.J. Newman (Avid Reader Press/Simon & Schuster) as their top pick for the July 2021 Indie Next List. 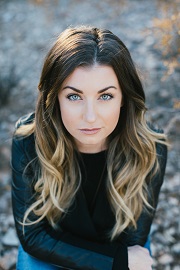 “Falling is an absolute masterclass in unique suspense fiction,” said Shelby Roth of Naughty Dog Books in Nashville, Indiana. “From the first few lines, I could tell this was going to be a stunner, and boy, was I right. I'll be anxiously waiting until Newman releases her next novel!”

T.J. Newman, a former bookseller turned flight attendant, worked for Virgin America and Alaska Airlines from 2011 to 2021. She wrote much of Falling on cross-country red-eye flights while her passengers were asleep. She lives in Phoenix, Arizona. Falling is her first novel.

T.J. Newman: The concept for Falling came to me at 35,000 feet. I was working a red-eye to New York and I was standing at the front of the cabin looking out at the passengers. It was dark and cold. They were asleep. And for the first time a thought occurred to me — their lives, my life, and the lives of my friends on the crew — everything was in the pilot’s hands. I realized passengers put their lives in the hands of pilots they do not know anything about. Passengers have no idea what stresses or pressures that pilot is under. So, with that much power and responsibility, how vulnerable does that make a commercial airline pilot? It scared me. And I couldn’t shake the thought.

BTW: As a former flight attendant and bookseller, what drew you to writing? 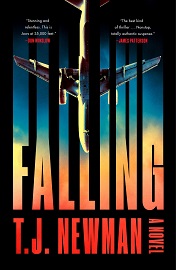 TJN: I think being a lifelong reader is what first drew me to writing. But my time as a bookseller at Changing Hands is when that lofty dream transitioned into a concrete goal. Whenever I used to shelve books by an author with my last name, I would cover the first name with my thumb and pretend that the book was mine. I knew I wanted to be a part of the publishing world long term. I guess I just had to leave to come up with the right idea to work my way back, though.

BTW: The premise of this book is kind of a perfect nightmare for a flight attendant. What was writing it like?

TJN: Pilots and flight attendants spend a lot of time analyzing aviation accidents and incidents. We study what went wrong, why it went wrong, what the crew did right, and what the crew did wrong. We’re constantly mentally putting ourselves in emergency scenarios and asking ourselves what we would do, how would we handle it. It’s how we learn. It’s how we’re trained to think. So, writing this story honestly felt like I was mentally working through scenarios in the way I normally would — albeit, with a more heightened and intense set of circumstances.

BTW: Can you tell me about your research process?

TJN: The most important aspect of my research was showing up to work with my eyes and ears open. I was constantly asking questions of the pilots I flew with and I studied and observed the way the passengers and the crews around me handled themselves in every situation. And then on my days off I’d pour over manuals and checklists and read books and scour the internet.

BTW: Bill Hoffman, captain of flight 416, is given an impossible choice — crash the plane he’s flying or let his family be killed. How did you craft his character?

TJN: Pilots fascinate me. They’re Type-A, left-brain thinkers who look at the world through a lens of logic and reason. I’m painting with a broad stroke here, of course. But I think most pilots would agree that’s an apt description. Those aspects of Bill came fairly intuitively. Adding the softer, emotion-based humanity of him into the cockpit took a bit more work. On the plane, I used the character of Jo to access it because flight attendants are often right-brained, people-centric empaths. They’re the counter balance.

TJN: As a flight attendant, I had the opportunity to travel all over the country. Which meant I got to visit a lot of indie bookstores I might not have otherwise. And every time I walked into a new store, I was always struck with the same feeling of similar-yet-different. The local flavor would change, but the values never did. Community. Education. Inclusion. Support. The undercurrent of what indie bookstores stand for and represent was always present. For me, indies have always been a home away from home, a place where I feel safe, seen, and welcome.