A Q&A With William Kent Krueger, Author of September’s #1 Indie Next List Pick

Independent booksellers across the country have chosen This Tender Land by William Kent Krueger (Atria Books, September 3) as their number-one pick for the September Indie Next List. 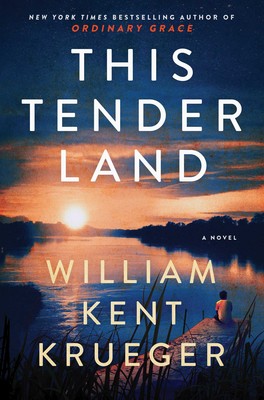 Krueger’s third stand-alone novel is a companion book to Ordinary Grace, published in 2013, which received the Edgar Award from the Mystery Writers of America. In This Tender Land, narrator Odie O’Banion recalls his childhood in Minnesota in the summer of 1932. That year, he and three other orphaned children, who call themselves The Vagabonds, escape from the Lincoln Indian Training School, where Native American children were taken to be forcibly assimilated and often abused. Onward from their escape, Odie recalls the children’s epic odyssey along the Minnesota and Mississippi Rivers toward the hope of safety and freedom in St. Louis.

“The work of a master storyteller about the making of a young storyteller, This Tender Land is a coming-of-age novel for the ages,” said Renee Barker of The Bookstore of Glen Ellyn in Glen Ellyn, Illinois. “It begins in an isolated Dickensian boarding school in Minnesota during the early years of the Depression, then morphs into the story of four runaways in a canoe à la Huckleberry Finn. On the run from their school headmistress and the law, they encounter other wanderers and escapees from life as they canoe towards St. Louis to find their only known relative and a possible home. Odie, his brother Albert, their schoolmate Mose, and newly orphaned Emmy are unforgettable characters in an unforgiving era. Epic, thrilling, and beautifully written, this is storytelling at its very best.”

When Bookselling This Week spoke with Krueger recently, he said when he wrote Ordinary Grace, “I thought it was the best piece of writing I would ever do. I think I love This Tender Land just as much and maybe even more.”

Bookselling This Week: How did you get the idea for the book?

William Kent Krueger: I fell in love with Mark Twain when I was a kid. Toward the end of the year, our fifth-grade teacher would read The Adventures of Tom Sawyer to our class for half an hour every day after lunch, and I fell in love with Tom Sawyer. A bit later, because it is a bit more of a complex read, I was able to read and fall in love with Huck Finn. They were a couple of kids from the Midwest like me, and they were having these great adventures. Also, the idea of a river odyssey has stuck with me all my life, and I have always kind of wanted to write an updated version of Huckleberry Finn. So that was really the seed of the idea. 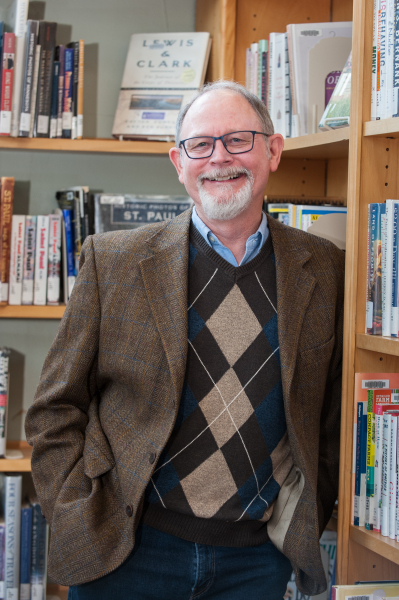 : Why do you consider this book a companion novel to your 2013 New York Times bestseller Ordinary Grace?

WKK: It’s not a sequel to Ordinary Grace — it doesn’t deal at all with the same family that is part of that novel. I call it a companion novel because both are set in Southern Minnesota, rather than the Northern Minnesota of my Cork O’Connor mystery series, and like Ordinary Grace, it is set in an earlier time. That one is set in the summer of 1961; This Tender Land is set in the summer of 1932, deep in the Great Depression.

BTW: How was writing this kind of stand-alone novel different from writing your mysteries?

WKK: The process is extremely different. When I write a Cork O’Connor mystery, I think that story through significantly from start to finish before I ever set pen to paper. I think a mystery is one of the most tightly woven fabrics of storytelling that there is because everything depends so significantly on everything else. So I know that by the time I finish my thinking, I’ll know how the story begins, I’ll know how it ends, I’ll know who did what to whom and why, all of that, but the writing of both Ordinary Grace and This Tender Land were quite different. I only knew a few salient details about the stories going into them and I let the story unfold before my eyes. It was extraordinarily different and a very satisfying experience, but I don’t think I would ever approach a true mystery that way.

BTW: You conducted extensive research for This Tender Land, including traveling to the places featured in the book, visiting local historical societies to find primary sources, and reading memoirs and other texts. What was it like going on such an in-depth research journey?

WKK: I have never written a novel set in a place that I haven’t been to myself. Sense of place is significant to my writing, so I need to have been in that place and absorbed all the essential details — the colors, the smells, the sounds, the textures, everything that is going to make that setting come alive. The initial research I did at the historical societies and through reading, but in the end, if I’m going to write believably about these places, I needed to go visit them. So, yes, I canoed down the rivers that the kids canoed down, I visited the places where each of the story’s sections were set, and I walked in the footsteps of Odie O’Banion following the same path that he walked on his own journey.

BTW: When it comes to format, why did you choose to write from the perspective of an elderly Odie looking back on his childhood?

WKK: I knew sort of what I wanted to have happen in the book, but I needed a structure to the story, to this epic journey that the kids were going to be on. That stymied me for quite a while until I thought of the idea of Odysseus returning to Ithaca from Troy. So I decided I was going to structure the story to mirror many of the experiences that Odysseus had as he was making his way home, so each place the kids stop, if you’re familiar with the Odyssey, mirrors some experience that Odysseus had

BTW: One of the four orphans in the Vagabonds group is Native American, and the book deals with issues such as the child abuse suffered at off-reservation boarding schools. As a non-Native American person writing about Native cultures, what are your thoughts on the dangers of participating in cultural appropriation?

WKK: I think about that all the time. My Cork O’Connor series deals with issues that affect the Ojibwe community here in Minnesota and I’m always painfully aware that I’m a white guy trespassing on a culture that is not my own. With This Tender Land I was talking significantly about the Dakota culture, which is the native culture that is preponderantly in the southern part of the state. So what I really try to do is to remember that, first and foremost, people are the same at heart. We all grieve, we all hope, we all find humor, we all bleed the same color blood, but we see the world in different ways because of our different acculturations. What I try to do is be respectful of how the Native cultures view the world, and to be as true to what I understand of their perceptions as I can be.

BTW: What are some of your greatest literary influences?

WKK: Probably the earliest is Ernest Hemingway. My father was a high school English teacher and when I was 18 years old he insisted that I read him and I fell madly in love, so I spent a lot of my early years trying to write the Great American Novel as Ernest Hemingway might have written it. But I also have been greatly influenced by John Steinbeck and his ability to create such an emotional attachment to the land. He evokes landscape maybe better than any other American writer. Another is F. Scott Fitzgerald; his writing was just so brilliant. And, of course, Mark Twain, who is so much funnier than I could ever be.

BTW: Can you talk about your experiences with independent bookstores as a reader and as a writer?

WKK: As a reader, I still remember as a kid walking into a bookstore and for me it was like walking into a candy store. There was just so much to choose from. The independent booksellers are really responsible for my still being around. For a very long time I was what in the business they call a midlist author, and in this day and age, it’s difficult to exist for very long as a midlist author. Publishers are reluctant these days to allow writers to grow, but the independent booksellers who knew my work, who knew me personally, who valued what I offered to the reading community, kept me alive by hand-selling me until finally, I began to see that wave crest. Really, I owe my continued existence and livelihood as a writer to all of the independent booksellers out there.

On my tour for this book, I have somewhere between 55 and 60 stops, commencing in about two weeks and finishing up in early November, and I would say 95 percent of them are independent bookstores. I love doing the events. I have such a core of booksellers who have been supportive from the beginning so I always want to make sure I’m able to do an event at their store to help them out. My publisher always wants me to visit stores that they have on their list, and I always want to reach out to new booksellers and get to meet them and make sure that we know one another. So my tours sort of continue to expand.