A Q&A With Willy Vlautin, Author of The Free, February’s #1 Indie Next List Pick 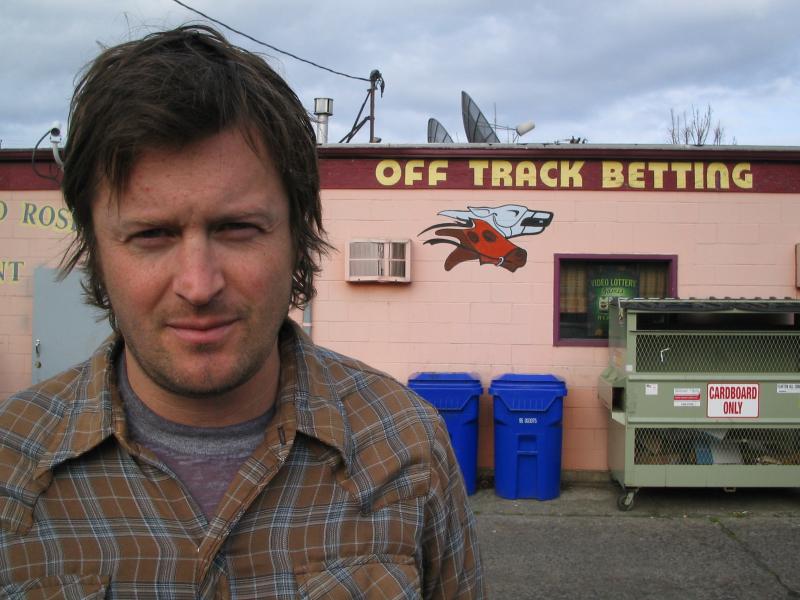 Willy Vlautin’s The Free (Harper Perennial) has been selected by independent booksellers as the #1 pick on the February 2014 Indie Next List for its heartbreaking and uplifting look at three characters in working-class America.

Vlautin’s three previous novels — The Motel Life (May 2007), Northline (July 2008), and Lean on Pete (May 2010) — have also been featured on either an Indie Next List or its predecessor, the Book Sense Picks. In addition to his successful writing career, Vlautin has produced nine studio albums with his alternative country band, Richmond Fontaine. His new band, The Delines, will release its first album this year.

The Free follows three characters who struggle to make sense of the hand they’ve been dealt and work hard to find joy in their day-to-day lives. Vlautin recently spoke with Bookselling This Week about the struggle of daily life in modern America, the qualities of strength and persistence in his characters, and the influence of music and literature on his career. 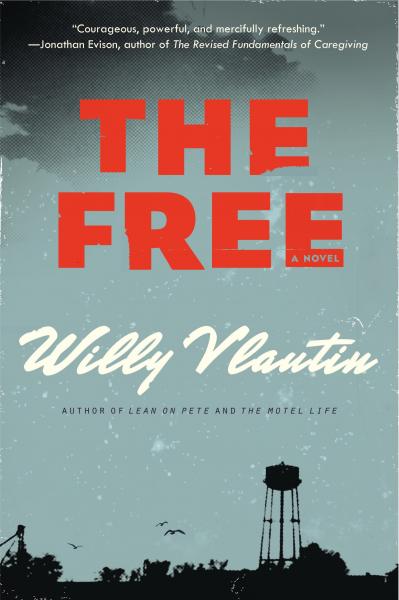 Bookselling This Week: The characters in The Free — Leroy Kervin, Freddie McCall, and Pauline Hawkins — are very much restrained by their life situations. Leroy was left badly damaged by his experiences as a soldier in Iraq, Freddie’s family has disintegrated, and Pauline remains emotionally unyielding despite her career as a nurse. The motif of freedom continues to weave its way through the novel as we watch these characters struggle with their chains. Why did you choose to tackle the theme of freedom in this way?

Willy Vlautin: These were all issues that would wake me up in the middle of the night. Health care or lack of it, debt, and then injured soldiers. The idea of a kid coming home from war with a brain injury that would never give him a break, never give his family a break. It’s hard to shake the sadness of that. And then also the idea of the cost, both monetarily and mentally, of taking care of someone with a long-term illness. Like Darla, Leroy’s mom, she’d been in a holding pattern since she first got word that he was hurt. She was stuck for years, always putting her son in front of her. She was drowning in the hardship of it. Pauline in many ways is the same. Her mentally ill father is her roadmap through life. In many ways he dictates the path she takes, and it’s the same with Freddie, the man with two jobs. They are all stuck. For them, freedom is about small chess moves to get their lives to a better place. A small chess move for relief, a small move to get closer to a solid place, but always under the weight and direction of the people they care for.

BTW: As The Free follows these three characters through some of the most difficult moments in their lives, it’s apparent that the characters are absolutely true to life: they struggle to make ends meet, they work themselves to the bone, and they constantly come up short. What inspired you to write about this time and place in the lives of these characters?

WV: I’ve always liked working class stories. Even as a kid I loved them. In high school I had John Steinbeck’s picture on my wall. Actually, I still do! Also, I come from that world and I’ve always wanted to read stories about where I was from and have the hero not be a great physicist or explosives expert, but a guy who worked at a warehouse. A guy like myself. Also, so many people you work with or see on a daily basis — a guy at a paint store or a cashier at a grocery store or a waitress — live with huge burdens. They might have a kid with mental disabilities, or one of their parents has dementia, or a sibling with a drug addiction, or a spouse with a gambling problem or credit card problem, and still they smile at you and share small talk with you and then you’re off and they’re off. How do people remain so upbeat under such pressure? How does a guy making 10 bucks an hour remain upbeat with those things on his back? I’ve always been interested in that as an idea and also because I struggle so much with all those things. A lot of the time I write about these subjects because I’m struggling with them. If Pauline survives, that means I’ll survive; if Freddie keeps trying, something will break his way, won’t it? If it breaks his way, it makes sense that it’ll break my way too, right?

BTW: Despite the hardships that Leroy, Freddie, and Pauline endure, they continue each day to search for the human connection that brings them hope: Leroy for his old girlfriend Jeanette, Pauline with her patients and her ill father, and Freddie through his bond with his daughters. The characters continue to hope for more, despite their faith being tested on every page. What keeps them going? What does that say about us as humans?

WV: I think things do change for the better if you keep trying and keep making small moves to get to a better place. In general, there aren’t a lot of choices when your back is against the wall. You either give up or you keep trying. If you give up, you become bitter and defeated, and, man, those are the worst people to be around. Everyone knows that. But if you keep trying, like in Freddie’s case, something will go your way. It might not be everything, but you’ll get something. Freddie loses his house but he gets his kids, and with his kids with him, he’ll have the courage and energy to start his life again. Also, I was interested in kindness. There’s the famous quote, “Remember to be kind as everyone is in a great battle.” With The Free, I was trying to remind myself to be kind, even when things are falling apart, to remember the people around you.

BTW: Pauline marks her days at the hospital caring for patients, Freddie works two jobs in order to help care for his daughters, and Leroy spends hours in coma-induced dreams trying to save the love of his life. Each of these characters is so determinedly caring, regardless of their own strife. How did you balance the struggle of the three characters with the warmth and compassion that they each carry?

WV: With Pauline, she has built a maze of walls to protect herself from her father and then later on from intimate relationships. She’s isolated herself to the point that she’s losing her humanity, but there’s a part of her that wants to be loved. She wants to break down her own walls, but she’s scared and they’ve been there a long time. [A patient], Carol, jumps over them and gets to Pauline’s heart. In doing so, Pauline breaks some of her own walls down. She’s scared, but still she tries to help Carol. I think for me, it’s the idea that if you keep beauty with you, if you keep compassion and kindness with you, maybe you’ll combat the hard times a little easier. Maybe if you keep trying and are open to friendship and love, maybe that’ll win out over the darker sides of jealousy, bitterness, and hopelessness. I don’t know. Although this novel is a polarization of these issues, I think people go through these things every day. When you walk down the aisle at a grocery store, someone you pass is going through a story similar to what happens in The Free because these are common stories.

BTW: You’re also a successful musician in the alternative country band Richmond Fontaine. How does your songwriting and music tie into your writing career?

WV: I became a writer because of a song called “Everything’s Turning to White” by the great Australian songwriter Paul Kelly. The song is based on a story by Raymond Carver. At the time I didn’t know who Raymond Carver was, but I liked the song so much I found a collection of Carver stories and read them and it changed my life. Carver told stories I understood, his men I understood. He really bridged the gap for me. His stories gave me the courage to tell my own versions of them. I think I was maybe 20 at the time. And I wrote stories and novels non-stop after that. I’d always been in bands, since I was 14 or so, and I’ve always loved writing songs. But I’m meant to sit in a room somewhere and toil over a story much more than I’m supposed to be on a stage. The best thing about being in a band is the camaraderie, and unlike bookstore readings, playing gigs happens in a dark room with booze. That’s a hell of a lot nicer than being under fluorescent lights.

BTW: Your previous novel, The Motel Life, was adapted to film and made it into theatres this past fall, and Drive-By Truckers (DBT) recently recorded a song called Pauline Hawkins, after the character from The Free. What is it like to see the characters you have so passionately written about come to life on the big screen or through music — through someone else’s eyes?

WV: When I heard that Patterson Hood [of DBT] wrote a song about one of my characters, I flipped. I was so damn happy and proud. I’m a huge fan of theirs, and he’s one of my favorite songwriters. He sent me a rough version of the song and said they were going to record it and maybe, just maybe, it would make the new DBT record. Well, if you want the truth, I’d wake up in the middle of the night and say, “God, I know I haven’t talked to you in 46 years or so, but if you could find it in your heart to make sure ‘Pauline Hawkins’ makes the new DBT record, I swear I won’t drink when the sun’s up ever again.”