The Raven Has a New Roost 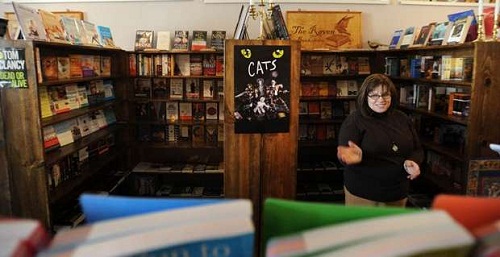 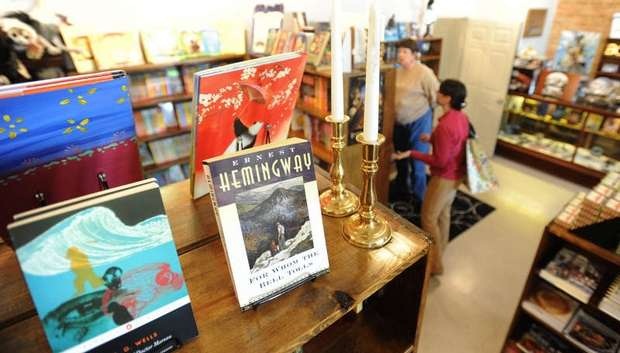 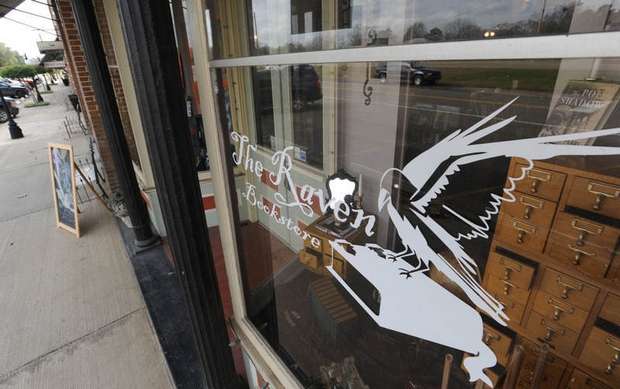 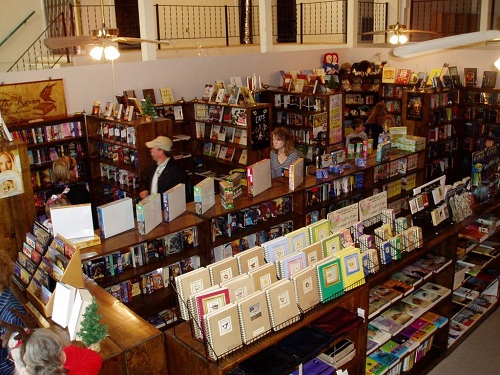 Five years ago, Vanessa Efferson opened The Raven Bookstore in Homer, Louisiana. This past fall, when her husband accepted a job a few towns over, she faced the difficult decision of whether or not to sell the store. After visiting the village of Grand Cane, Louisiana, Efferson knew The Raven Bookstore would have a place within the community.

“It was my lifelong dream to own a small-town bookstore, so I packed it up and took it all with me,” she said.

In fact, Efferson and her daughter, Hannah, who helps run the store full-time, were “recruited” to Grand Cane by several village aldermen who had visited the bookstore when it was still in Homer. “When they heard we were moving to the Parish, they grabbed me to come look at the village, and I fell in love with it and the people, so here I am,” she said.

The move from Homer to Grand Cane required setting up shop in a smaller storefront, however. “We have had to go from 2,000 square feet to 875 square feet,” Efferson said, “but we did it well, and now have a quaint, eclectic little shop.”

The general bookstore gets its name and motif from an Edgar Allan Poe poem, and the memory that Efferson associates with it.

“When I had to memorize ‘The Raven’ in seventh grade, it began my lifelong love of Edgar Allan Poe,” she said. “Our whole store is themed around Poe stories, complete with ravens, candelabras on every shelf and in the windows, and even a skull or two.”

Efferson and her store were extremely well received by the community, and she was very quickly able to become involved in local events.

“Being involved in the community is the most important thing to us,” Efferson said. “Being small allows us the freedom to spend some time inventing new ways to bring the love of books to all the kids and adults who spend time here.”

Grand Cane, which is home to a row of restored buildings from the 1800s, has been designated as a Cultural Arts Community and is a very popular tourist spot, boasting an art gallery, antique and craft stores, a community theater, and many restaurants. The area is no stranger to the screen, either. The Great Debaters, starring Denzel Washington, was filmed in Grand Cane, and it has been visited by two different ghost-hunter TV shows since the area has been deemed “haunted.”

Because of the village’s reputation, “the customers were already here when we opened,” said Efferson. The Raven Bookstore was added to Grand Cane’s marketing materials, and the store has since become a popular stop. It’s also become part of the local conversation, with surrounding stores routinely sending customers its way.

Efferson caters to her community, as well as those who are just passing through town. The Raven Bookstore’s bestsellers are typically nonfiction titles, specifically biographies and Louisiana history. The store has a coffee bar with a WiFi sitting area, and it sells many literary gifts, games, and puzzles. The Raven is also involved in all kinds of community and cultural events, from artfests and open mic nights to haunted tours and writer’s workshops.

“The customers I now have are much more community oriented, with an emphasis in the arts (including reading),” she said. “Even our restaurants have a shelf in them [where patrons can] place books after they’re read so someone else can borrow them.”

Despite the minor obstacles of having to rebuild a customer base and move to a smaller location, Efferson has had nothing but positive feedback from her experience.

“This place has turned out to be so unique and fascinating,” she said. “I have loved every minute and cannot imagine doing anything else.”