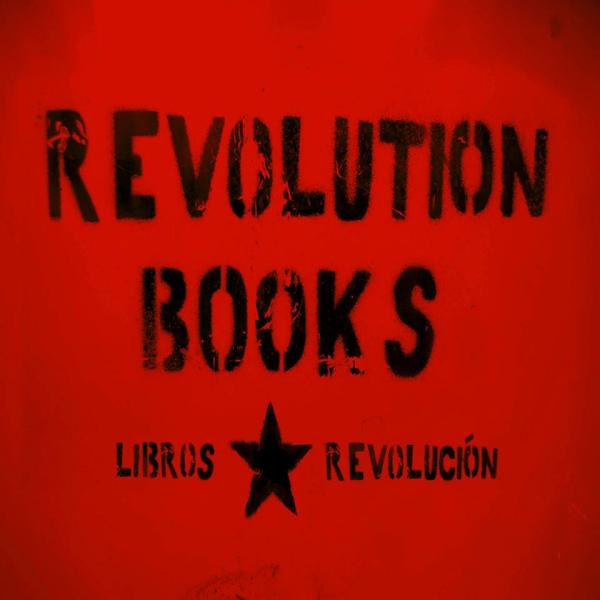 The not-for-profit bookstore, headed by development director Connie Julian, raised more than $100,000 last November after high rents forced the bookstore to relocate from Chelsea, its home since 1978. The money funded a move to a new 1,450-square-foot space in Harlem, which Revolution Books spokesperson Andy Zee says has been great for the store.

“The move has been incredible. Our new space in Harlem is wonderful, in part because we had some incredible architects and designers who helped us conceive of the new space and make it more hospitable,” said Zee, adding that there is also a sense of vibrancy and engagement, especially among young people, in the store’s new neighborhood.

Revolution Books is currently the only bookstore in central Harlem, he said, and the neighborhood includes many people who have been politically energized by the recent shootings of unarmed black men by police officers, the growing problem of mass incarceration, and the racist rhetoric and troubling fiscal and global policies espoused during the current presidential election. 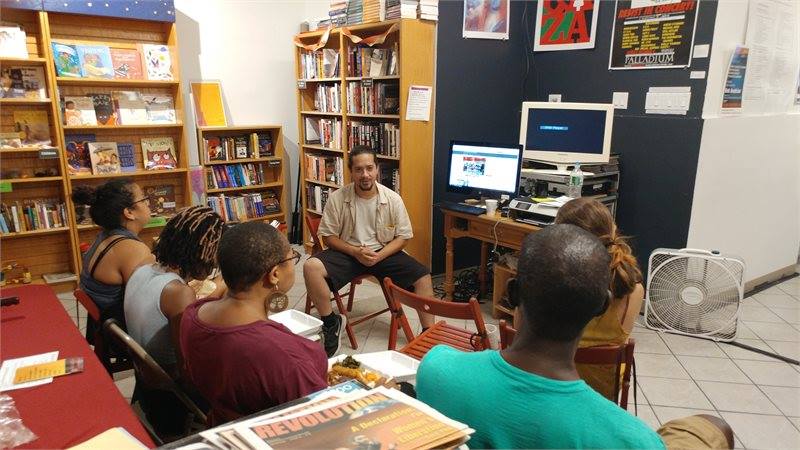 Zee said that Revolution needs to raise money for capital improvements and to catch up on bills, but even more so, it needs funding to make the new space everything staff imagines it can be. Improvements will include increasing the amount of programming to at least one or two events per week, expanding the new children’s book section, putting up new signage, stocking more books, adding an air conditioning system, and building a larger stage for author events.

“Another purpose of this campaign is to let everyone know that it’s not that big of a trip to come to Harlem and visit the store,” said Zee. “The idea is to spread the word to let people know that we’ve moved and to get them to come uptown.”

As a not-for-profit, Revolution Books operates under a 20-member all-volunteer staff; it also runs a 501(c)3 educational foundation. Both are supported in part by member donations and periodic fundraisers, but Zee said that “this particular Indiegogo campaign was mainly designed to complete startup costs for the bookstore.” The campaign, which ends August 10, has raised about $8,000 so far.

Zee said that, hopefully, more money will allow Revolution Books to take some of the focus off of paying rent and paying bills and refocus on doing what the bookstore exists to do: providing a space for learning and discussion. The store got rid of a good deal of books when it moved, said Zee, so now it is aiming to restock. At the same time, staff would like to develop a more highly curated collection of books on world history and black history, as well as novels and poetry from around the world, to offset the store’s core collection of books about social issues and revolutionary theory. 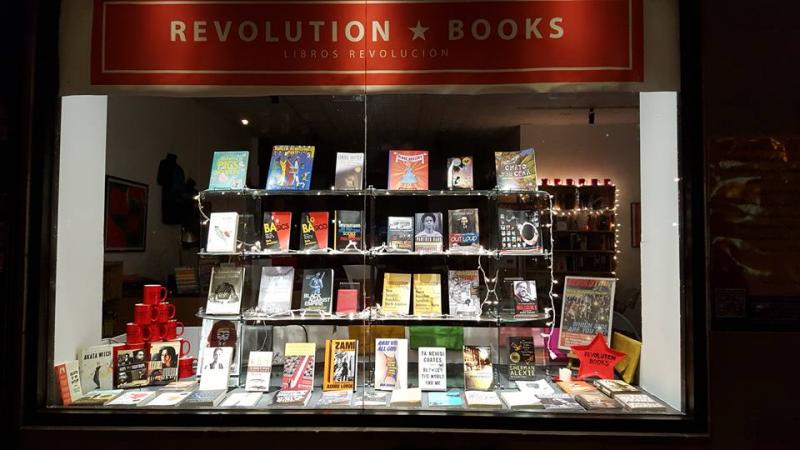 Revolution Books is also looking to enhance its ability to host readings and author events in its new space, which is decorated with African and activist art. While the store already features rolling shelves, its stage can only hold two people at a time. Zee said the goal is to have a stage that can hold at least 12 people.

“Everything we do at Revolution Books, from the collection of books that we curate, to the programming that we have, to the outreach we do,” said Zee, “is guided by our mission, which is that it is a place where we try to invite people from all around the world to find books and engage with each other about why the world is the way it is and the possibility of a radically different way the world could be.”

Literature available at the store includes the teachings of Bob Avakian, the chairman of the Revolutionary Communist Party. At the core of the store’s mission, said Zee, “is an actual movement for a revolution and a new synthesis of Communism that has been developed, a new approach for looking at why things keep happening, what we can do about it, and what kind of movement is needed.” 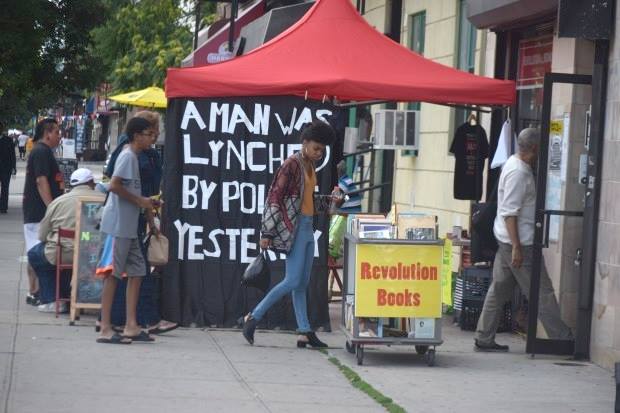 Zee said the most important service Revolution Books provides has always been the discussion it fosters among people of all ages and ethnicities who come to the store to learn and talk for hours about all sorts of topics. The store is fulfilling a very important need that people have during this election cycle, said Zee, particularly for the supporters of progressive, anti-Wall Street politician and former Democratic presidential candidate Bernie Sanders, many of whom have felt cheated and disenfranchised during the primaries.

“Revolution Books, the name, is not a marketing slogan,” said Zee. “We mean both words of our name. It is a place that has the vision, the hope, and the actual practical understanding for an actual revolution, and that is the motivation behind it.”