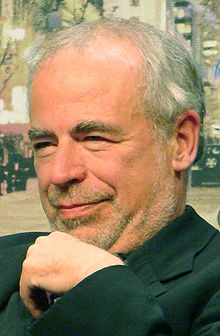 The American Booksellers Association announced this week that award-winning, bestselling author Richard Russo will be the featured speaker at the opening day plenary of ABA’s Day of Education, on Monday, June 4, at BookExpo America (BEA). The hour-long event will begin at 11:00 a.m. and will be open to all BEA badged attendees. Also participating in the interview-style event will be noted broadcaster and author Lynn Sherr.

The plenary session, titled “Why Indies Matter,” will focus on the evolving role of the author amid the significant, ongoing changes that are fundamentally altering the book industry. In December 2011, Russo wrote a New York Times op-ed piece, “Amazon’s Jungle Logic,” that sparked wide-spread discussion and debate about the business practices of the online retailer.

“As is clear from last December’s New York Times op-ed, Richard Russo is not only a gifted novelist, but is also a thoughtful and provocative observer of our industry,” said ABA CEO Oren Teicher. “In the truest sense, the book business begins with the writer, and we are especially grateful that Richard Russo will be able to discuss the changing role of authors in this vital — and unsettled — period in publishing with an interviewer as skilled and experienced as Lynn Sherr.” An award-winning broadcaster and author, Sherr was a correspondent for the ABC news magazine 20/20 for more than 20 years.

The featured event with Russo and Sherr is part of a full day of educational programming aimed at ABA bookstore members and open to all badged BEA attendees. The Day of Education is sponsored by the Ingram Content Group.

Richard Russo is the author of seven novels and one collection of short stories. His 2001 novel, Empire Falls (Vintage), won the 2002 Pulitzer Prize for Fiction. It was also adapted into an HBO mini-series, starring Paul Newman, Ed Harris, Phillip Seymour Hoffman, and Helen Hunt. His newest book, That Old Cape Magic (Vintage), came out in 2009, and, in June 2012, Interventions, a collection of three stories and a novella with illustrations by his daughter Kate Russo, will be published by Down East.

Lynn Sherr is a contributing editor at More magazine and a contributing writer for numerous other publications. Her writing also appears online at The Daily Beast, and she can be heard on public radio, frequently as a co-host on Public Radio International’s “The Takeaway.” Sherr worked at ABC for more than 30 years and covered a wide range of stories, specializing in women’s issues and social change, as well as investigative reports. She has received numerous awards, including an Emmy, two American Women in Radio and Television Commendation awards, and a George Foster Peabody Award. Her new book, Swim: Why We Love the Water (PublicAffairs), was published this month.

BookExpo America will be held from Monday through Thursday, June 4 - 7, at New York’s Javits Convention Center. All ABA member bookstores are eligible for a number of free badges; registration is via the BEA website or by calling BEA customer service at (800) 840-5614. Hotel reservations are via the BEA Hotel & Travel Desk. There is no official Hotel ABA this year, as BEA was unable to secure a block of rooms at an affordable price that would be big enough to accommodate the hundreds of ABA members who will be attending the show.

The Day of Education will be on Monday, June 4, at the Javits Convention Center. Tuesday, June 5, will feature the Celebration of Bookselling Author Awards Luncheon and ABA’s Town Hall and Annual Membership Meeting. And, new this year will be the ABC Children’s Group Institute, on Wednesday, June 6.