The Ripped Bodice in Los Angeles was featured in the Sunday, May 29, episode of Rich Kids of Beverly Hills, a reality show on the E! channel. The segment was just one more feather in the cap for store owners and sisters Bea and Leah Koch, whose all-romance bookstore has gained both popularity and press since opening in March.

Rich Kids details the luxurious and privileged lives of the progeny of L.A.’s richest families. In the episode that aired Sunday, reality star and Beverly Hills rich kid Morgan Stewart, who is attempting to write a sexy, tell-all book based on her personal blog, sought inspiration at The Ripped Bodice.

The segment featured Bea Koch showing Stewart and fellow cast member Dorothy Wang around the store, helping them pick out books by romance author Jennifer Weiner, including Who Do You Love (Simon & Schuster). Later in the episode, Stewart sits down with Weiner for writing guidance and to chat about her book’s publishing prospects.

“Our part on the show was filmed about a month ago,” Bea told Bookselling This Week. “A producer visited one weekend and liked the store.” According to Bea, the sisters closed early one day and the production team took over the store for a couple of hours in the afternoon. 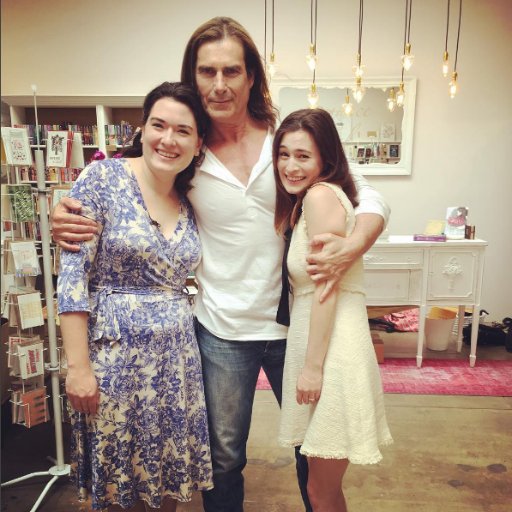 The store, which gained funding through the sisters’ successful Kickstarter campaign, recently realized another media coup when Fabio, easily the most recognizable romance novel cover model in the world, hosted a local PBS morning show segment about the store, which filmed in late April. “He was so gracious,” said Bea. “He was great.”

Bea said her stint in reality TV was fun, but she has no plans to quit her day job.

“Filming the show was a little nerve-wracking,” Bea said. “I’m not an actress and I don’t want to be an actress; I like running my bookstore. But the cast and crew were so nice and really encouraging.”

“It was really great exposure,” she added. “Leah and I have been really, really lucky with that. The international media attention has been so incredible; people have visited us from all across the world.”