Russ Lawrence Checks In From Peru 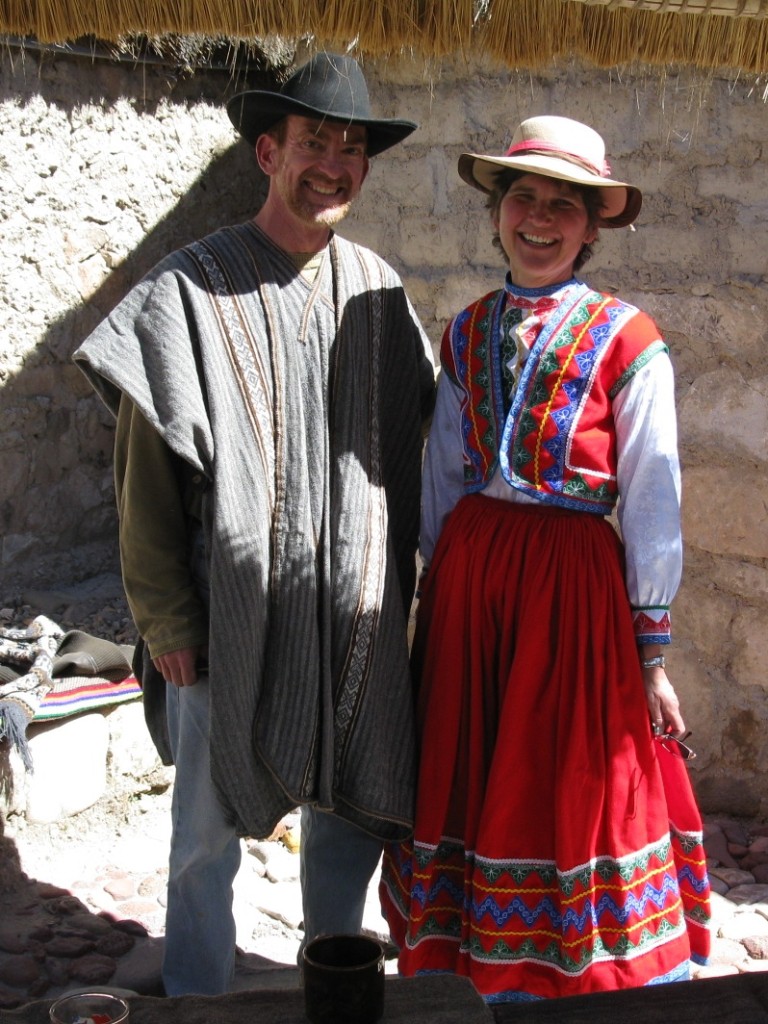 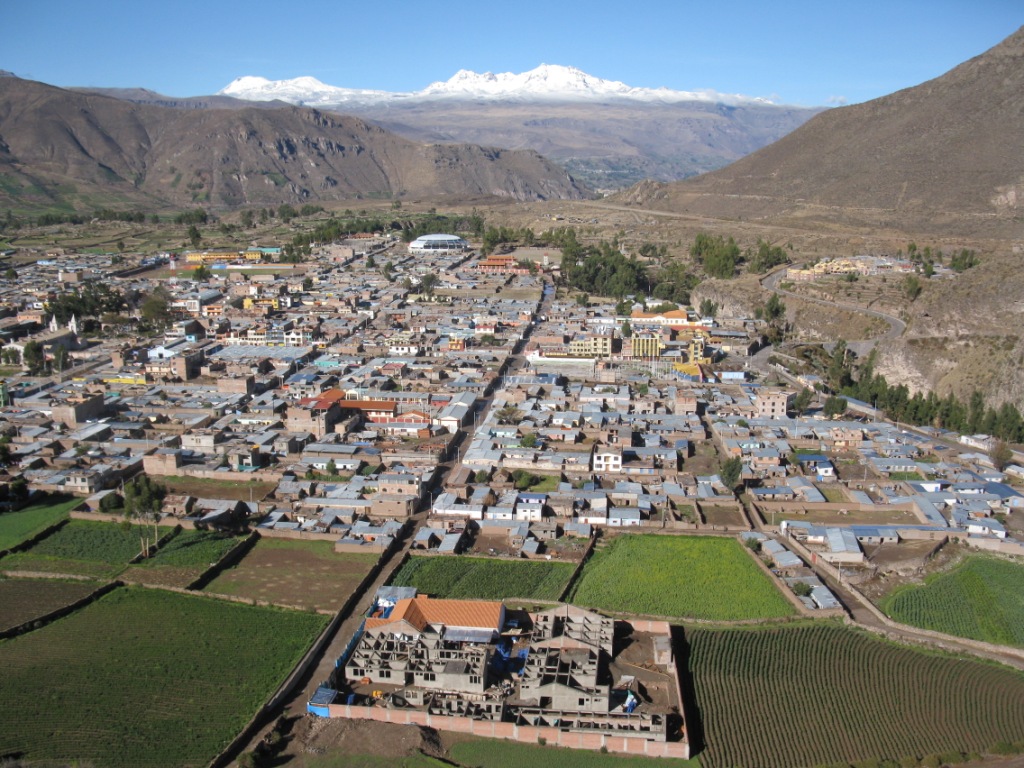 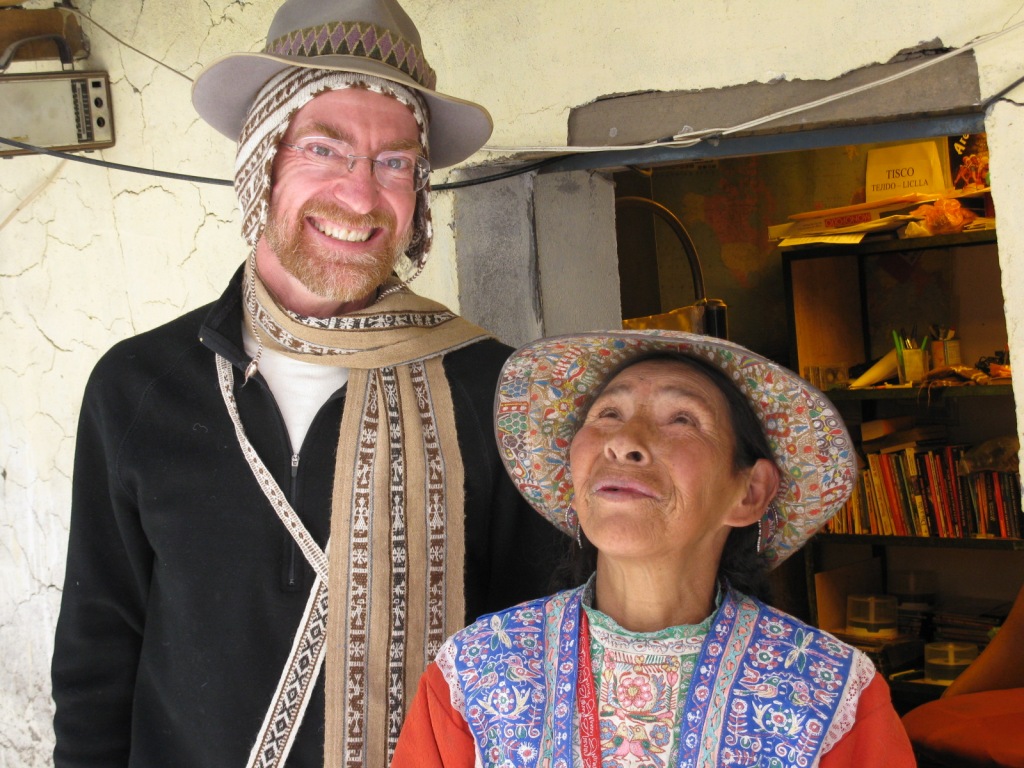 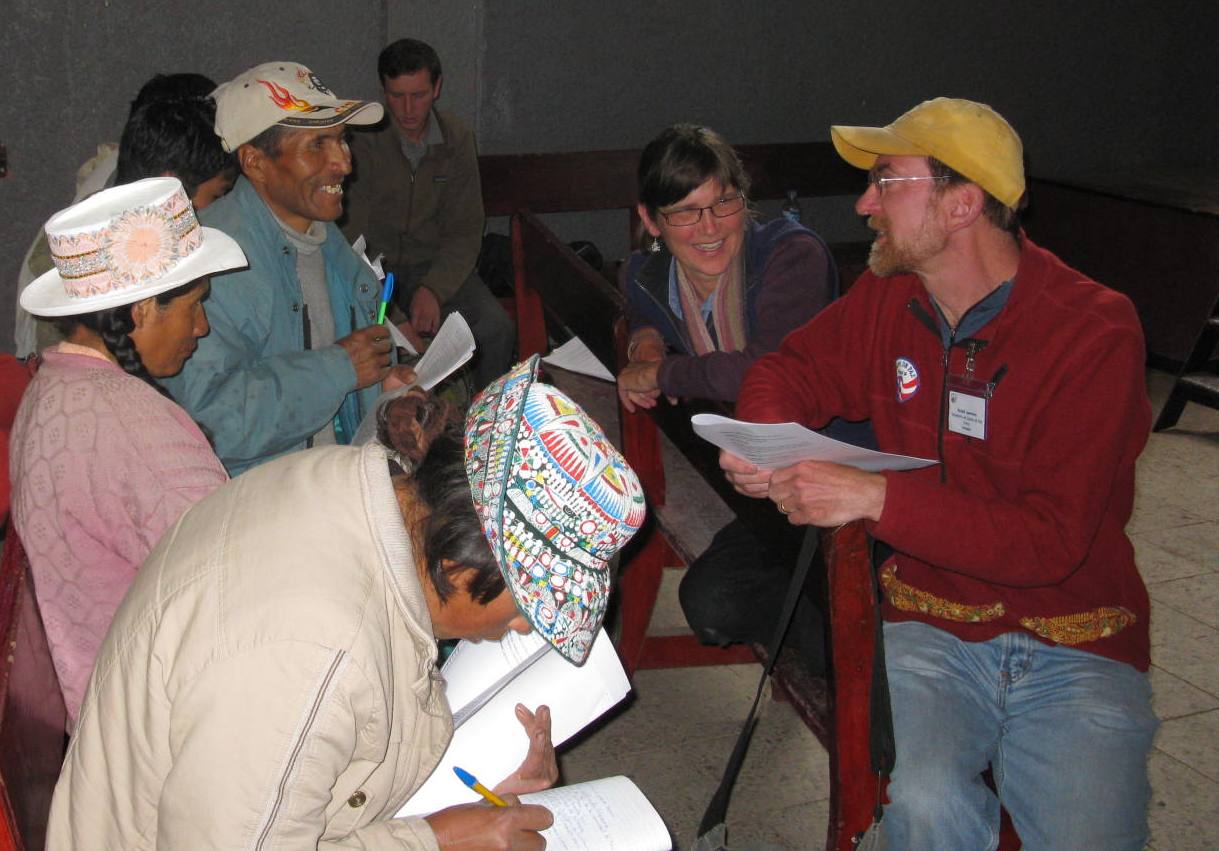 Former ABA President Russ Lawrence, who sold his interest in Montana’s Chapter One Book Store and, along with his wife Jean, joined the Peace Corps in 2009, checks in from the town of Chivay in Peru, where they’ve been serving as Small Business Development volunteers.

Among their efforts: Developing a “local-first”-style campaign, designed to heighten awareness of local products and to encourage tourists and residents to support the local economy with their purchases.

BTW: So, where the heck are you?

Russ Lawrence: Since leaving Chapter One Book Store – and the U.S. – in June of 2009, Jean and I have been serving in the Peace Corps in Peru, as Small Business Development volunteers. We live in the town of Chivay, in the Region of Arequipa, at 12,000 feet elevation in the southern sierra, surrounded by volcanic peaks that rise to more than 20,000 feet, and immersed in a culture that pre-dates the Inca.

Chivay is an unusual site for Peace Corps volunteers, at about 7,000 people somewhat larger than the typical pueblo to which most volunteers are dispersed. It’s centrally located in the Colca valley, one of Peru’s most popular tourist attractions, after Machu Picchu and Lake Titicaca. We’re a four-hour bus ride from Arequipa, Peru’s second-largest city (and the birthplace of novelist Mario Vargas Llosa), a lovely city that’s infinitely more inviting than Lima, the capital.

RL: The Colca valley offers a stunning setting, (at that altitude, to say the scenery is breathtaking is almost redundant), the world’s deepest canyon – more than twice as deep as the Grand Canyon – and a chance to see Andean Condors eyeball to eyeball. A day trip takes you to the ultimate source of the Amazon; archeological sites abound. It boasts one of the most heavily terraced landscapes on the planet – tens of thousands of acres, transformed by centuries of cultivation by two pre-Inca cultures. Those cultures, the Collagua and the Cabana, continue to conserve and celebrate their ancient traditions. Most of the population speaks Quechua in addition to Spanish (or vice-versa), and many of the women wear their traditional clothing and hats as a matter of course. The climate is generally cool and sunny, although rainy season (January through March) is cold and wet. Homes and buildings aren’t heated, but for relief from the cold, Chivay offers a finely developed hot springs about 3 kilometers from town – exactly 11 minutes away by bike!

BTW: What do you do as Peace Corps Volunteers?

RL: Our work is to help people improve their business skills, to improve their lives. The local artisans specialize in two crafts – a style of embroidery unique to the area and goods made with alpaca fiber, such as knitted hats, gloves, and scarves of incredibly soft baby alpaca, and beautiful woven goods as well. We teach business skills, in particular customer service tips, and help them find new markets for their products.

We also work with local guides, who are trying to get a piece of the huge influx of tourists, most of whom – upwards of 150,000 a year – arrive via package tours from Arequipa. Helping to develop a more equitable tourism model is a huge project, involving government entities, NGO’s, and others, but we’re part of it.

Like most volunteers in Peru, we teach English and are working on adult literacy and public health issues, too. Lastly, the Peace Corps is also about sharing cultural values, so immersing ourselves in the Peruvian culture is part of our “work!”

Our first project, lasting three months, was to write a diagnostic analysis of our community’s needs, what turned into a 50-page document (in Spanish). One complaint we heard from many artisans is the lack of access to the markets. In addition, the places the tourists visit are flooded with cheaply made goods from outside the valley. Guides likewise complain of the tourism model that all but excludes local entrepreneurs.

BTW: How are you dealing with those issues?

RL: One solution we’re working on is a “local-first”-style campaign, naturally, designed to heighten awareness of local products – artisan goods, farm and dairy products, alpaca meat (a staple, here), and cultural events – and to encourage tourists and residents alike to support the local economy with their purchases. It will feature an educational component directed primarily at tourists, but to promote the “local” angle we want everyone, at every opportunity, to “talk the talk” – in Spanish and Quechua.

We’re also promoting the “indie” angle, trying to attract more independent travelers to the area, those who won’t be limited by what a tour operator offers in a “package,” and who are more likely to use locally-based guides and other independent services.

I’ve introduced the idea to the regional government, AutoColca (the autonomous local authority overseeing tourism development), the provincial government, the raft of NGO’s that work here in the valley, and numerous artisan and trade associations, and it’s been received with enthusiasm at every level. The most gratifying development so far is that, while the idea is still just a proposal I’m developing, I’m already finding packages displaying sample logos and slogans that we’ve developed. “Compra Colca” is taking off without our even having officially launched it!

(An aside: Chivay boasts “McElroys,” billed as “the highest Irish pub in the world.” Stopping by one day, we found inked on the doorframe, “Keep Austin Weird.” Now that’s market penetration – way to go, Steve Bercu!)

BTW: How do small businesses in Peru compare with the U.S.?

RL: This is truly a nation of entrepreneurs, but we find that they tend to think more in terms of communal enterprises – consortiums or associations. Tourist home-stays are popular, for example, but instead of having nine separate families in a community competing for tourists in their homes, they form a consortium, and when tourists arrive, they’re farmed out to whichever family is next on the list, all sharing equally. It’s required a shift in our thinking when we deal with businesses, as we’re more accustomed to the I/me/mine style of American competition and free enterprise, even given the “IndieBound” spirit of cooperation. We’ve come to appreciate the difference.

BTW: Has your ABA experience come in handy?

RL: ¡Claro que sí! I need to thank all the hardworking ABA members and staff who helped shape and direct BookSense, IndieBound, and the whole “local first” movement. Your initiatives and ideas are taking root in places and forms that you might never have imagined, with the power to transform lives far beyond the world of independent bookselling.

BTW: And in your spare time…?

RL: We read quite a bit. Peace Corps volunteers tend to be avid readers, and we have a very busy book exchange going when we get together. Our Internet access is limited (and slow), so that’s not always a fulfilling use of time. We both get out and ride our bikes, or hike, to keep fit. We cook some of our own meals with fresh ingredients from the market, but we also eat out where the locals eat.

We travel when we can, exploring various parts of Peru, but we also just visited Argentina and Uruguay. In Buenos Aires, many of the older cafes have plaques by the door, telling which famous writers used to meet there to have coffee and talk literature – a nice touch.

BTW: Anything you need down there?

RL: Thanks for asking, but part of our reason for doing this was as an experiment in “needing” less, in reducing our environmental “footprint.” Chivay offers everything we really need, and our remaining cravings can usually be fulfilled in our biweekly visits to Arequipa. Peace Corps provides all the basic resources we need, and cooperating NGO’s provide most of the rest. Beyond that, we improvise.

We will be looking for work when we get back in August, though…

Russ Lawrence can be reached by e-mail at russchapter1@hotmail.com, and Jean Matthews at juanaperuana@gmail.com. Their blog may be found at jeanrusspcperu.blogspot.com/.